Well done to all at Forest Rec parkrun, which was recently nominated as a finalist for the Voluntary Community Group of the Year at the Nottingham City Council Sports Awards. The award was in recognition of a project or scheme, led by volunteers, that has made a significant difference to people in Nottingham city. This can include any sport or physical activity programme that increases participation, community cohesion, improves health, develops skills and learning or removes barriers to taking part in sport and physical activity. More information on the awards can be found here. 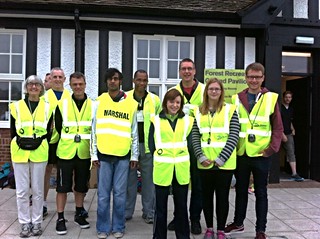 Forest Rec Event Director, Chris Foulds would like to thank all of those who have contributed to the event, especially the 100+ different people who together volunteered for over 650 hours between October 2013 and September 2014. “The whole year’s been fantastic and every member of the Forest Rec parkrun community should be very proud of themselves.”

Congratulations again to the whole team, and thank you for your continued support of parkrun.

parkrun was brought to Shrewsbury by a core team of 4 people headed by Event Director Paul Bowes in September 2013. In November of that year, Paul was awarded the Runners Runner award by the Shropshire Shuffler Running Club for his efforts in setting up Shrewsbury parkrun.

In May 2014 Shrewsbury parkrun won a Silver award for their contribution to the community at the Shrewsbury Mayor awards. 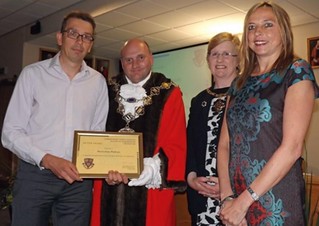 More recently, Shrewsbury parkrun was nominated for and won the Newcomer of the Year in the Energize Shropshire awards. The awards recognise the commitment and dedication of the volunteers that bring sport and physical activity to the community as well as recognising talented sports people. The image below shows all of the Winners at the Energize Awards. 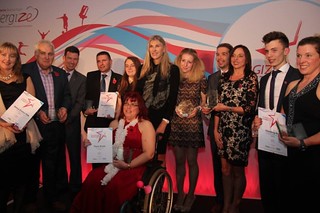 Shrewsbury parkrun was also a finalist as Newcomer of the Year, in the West Midlands Community Sports Awards which was held on the 27th of November, Over 300 people attended the event, including Commonwealth Games and Winter Olympic sporting stars,  Invictus Games medallists, amateur and professional sports people, volunteers, sports development professionals and leading local figures.

A huge congratulations to Event Director Paul Bowes and all who support Shrewsbury parkrun for their magnificent achievements and thoroughly deserved recognition.

Huge well done to Corby parkrun for their nomination for the Community Club of the Year award at the recent Corby Sports Awards. Despite not receiving the award, the core team were recognised for their outstanding contribution to the local community. Event Director Andy Bennett (pictured below) said “It was a great night and a lot of deserving groups/individuals were there. We have a fabulous certificate from Corby Borough Council which we'll try and get hung in the pavilion at West Glebe Park.” 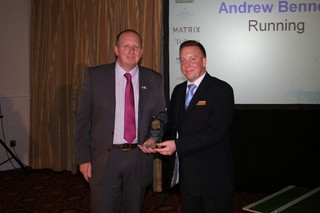 Andy was also nominated for Volunteer of the Year on the back of his commitment to parkrun and won the award! He said “I was completely gobsmacked and extremely honoured.”

Well done to Andy and the whole team at Corby parkrun, and thank you for your continued support of parkrun in your local area.