This week 134 people ran, jogged and walked the course, of whom 64 were first timers and 21 recorded new Personal Bests. Representatives of 26 different clubs took part.
Welcome back!

Well, its fair to say, we missed you all lol
We are so grateful that in such a short space of time with have such a great group that means a) we can disappear with absolutely no detriment to our little community event, and b) there are so many of you willing to step in, management team and runners alike
Thankyou from the bottom of our hearts.
Truly a parkrun family 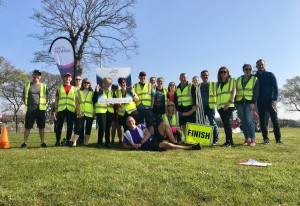 And what a weekend to return too, brilliant weather and an island over flowing with runners for the Easter Festival and Mountain Marathon.
It was great to see so many of you on Friday for the Port Erin 10k - you all done so well, as well as potting a few parkrun milestone t-shirts.

We were a little nervous come Saturday set up, as we were a little ring rusty from our absence - a few added nerves appeared when we noticed runners appearing from 8:20 onwards, definitely not an island trait, and these numbers grew steadily as 09:00 approached - as with last year we were about to benefit from the Festival too - reflected in nearly 50% first timers.

134 crossed the finish line, our second highest attendance, the highest this year.
Pleasing to see all shepherded safely across by tail walker Terry Bates, achieving his 50th milestone this week (a growing group)

parkrun UK made contact in our absence to say that we would soon be receiving some replacement kit, due to recent changes in sponsors - this is good news as we will see new tokens etc
One piece acquired by us went down a storm, our parkrun selfie frame. A great way to engage and promote Nobles as an event 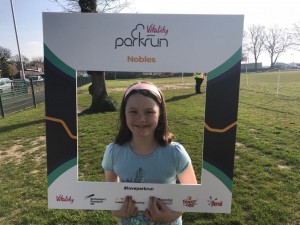 We also tipped the 5000 runner mark, our 5000th runner being 92nd place John Cassells, accompanied by wife Joanna they came specially to complete Nobles in their efforts to run every event in the North West area - well done John. 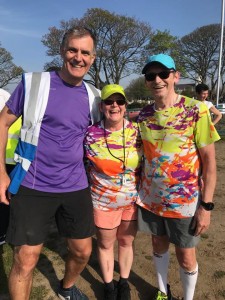 Its a timely reminder too to let you know that we only have two more events at Nobles before we move for TT back to Conrhenny. We will be looking for a new volunteering position of 'car park marshal', as we know the parking at the plantation is minimal - this will be one of several volunteering roles that can give the chance for parkrunners to gain volunteer and run credit