Well its officially here.....TT practice week is underway, well it was! Much like the opening of the Mountain Road one way ( a whole 7 mins before being closed) we eventually lost the battle with the weather and practice was moved to Sunday. Luckily we had no problems as the sun greeted over 100 runners

Firstly, a quick update on John Tipping. John fell on lap two, hitting his head as he fell - we took John to A+E where he was patched up and given the all clear. Thankyou to all those that stopped and ensured John was looked after and his situation was communicated to the Events Team. John would like to pass on his thanks to everyone that helped and showed such kindness. The picture below was taken after John had been cleared and allowed to return to Castletown to catch up with his friends and family - John will return next year 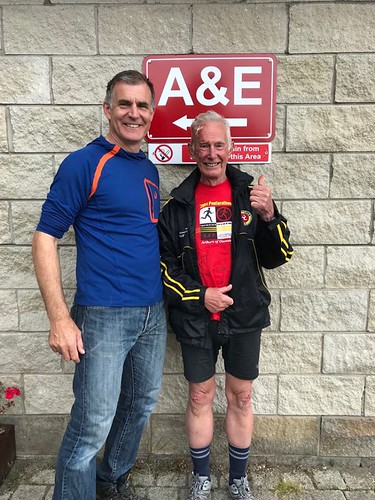 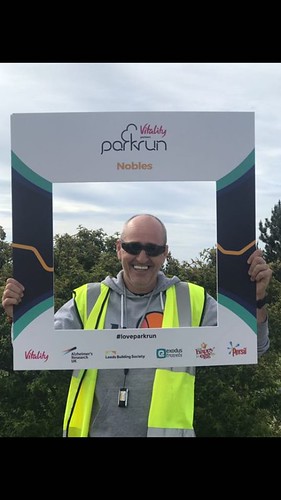 Our marshalling team was boosted this week by visitors Freya and Katie Ehlen, who whilst supporting Brad Ehlen offered to don the heroes hi-vis - thankyou ladies and well done Brad on your 290th run 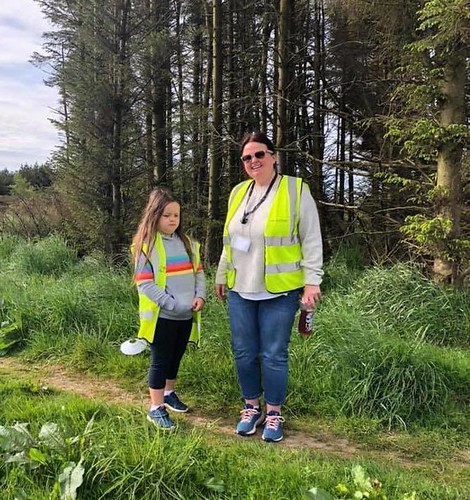 TT started and brought us our first two wheeled runner. With our TT event next Saturday we hope to see a few more too - please be careful when parking due to the uneven ground.

Belated birthday wishes also to Ollie Kennaugh who was 7 on Saturday, and joined us for his first ever run, as did Dad Leigh - pictured below with Issy and Jane (Sis and Mum). Enjoy your weekend guys 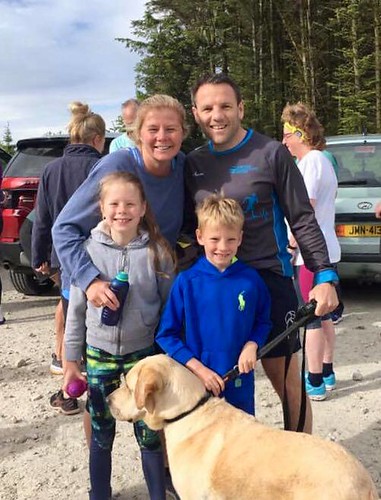 We also met this intrepid due - Mark Heaney and Mari Hansen. They used Nobles to achieve there '5k+ every day for 31 days' challenge, brilliant job, well done... 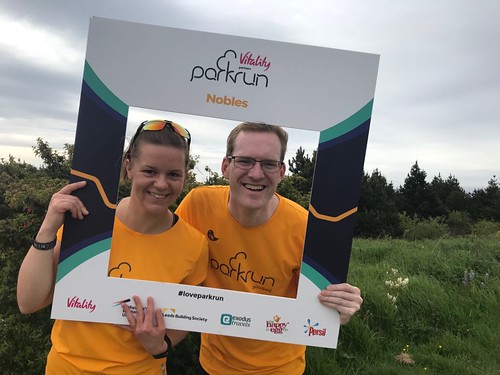 And finally, a massive well done to our parkrunners that took part in the Edinburgh half and full marathons on Saturday. Bring your bling Saturday!

First race day Saturday.....so exciting. We will be posting during the week to ensure we can get those without transport to Conrhenny....and more importantly back again

This week 102 people ran, jogged and walked the course, of whom 19 were first timers and 17 recorded new Personal Bests. Representatives of 16 different clubs took part.
The event was made possible by 16 volunteers: