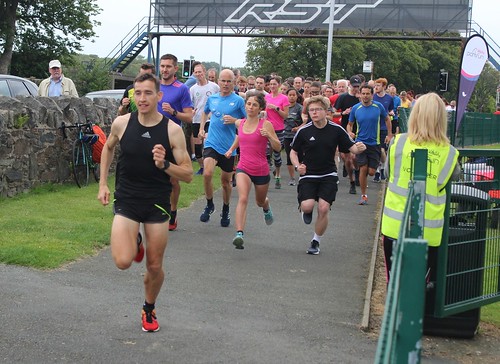 Shortly after arranging our family week away in the Isle of Man, I had a terrible moment of doubt: what if there was no Manx parkrun? A quick online search revealed that Nobles Parkrun in Douglas has been running in Nobles Park, a beautiful green space in the part of town known as Little Switzerland, for almost two years already! I love doing new parkruns and I was particularly delighted to find that Nobles Park was a short walk from our accommodation. On Saturday morning my six-year-old son (a parkrun regular) and I turned up early to introduce ourselves to the race director and to warm up on the exercise equipment scattered around the park. The course is essentially two loops of a figure-of-eight through the park, run alternately on grass, gravel, and paths - therefore it is technically classified as a trail run, although that may make the course sound much more challenging than it is. We wove past two playgrounds, a splash pond and a skate park, a caravan park, the stadium where the famous TT motorbike race starts and finishes, and a rose garden or two. We managed to accumulate a total climb of 250 feet - a bit more than the maximum of 65 at our home parkrunun in Exeter, but the climbs were so gentle we barely noticed them. As my son reminded me, it's not a hill, it's an upwards flat bit! We had a good time warming down in the main playground afterwards before heading off for some non-running tourism. 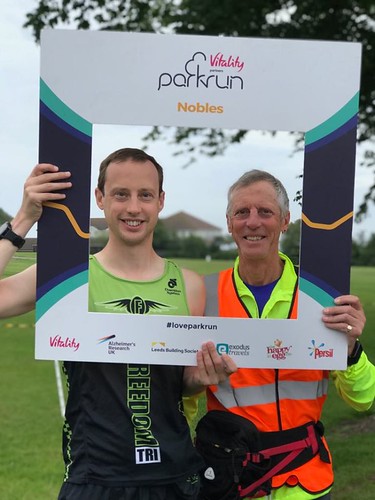 ….and these two smilers...Poppy and Jacob Craine completing their second runs 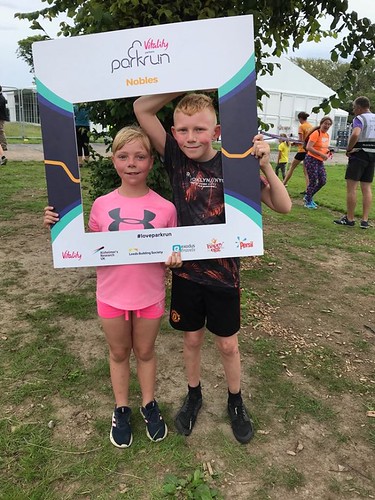 The marshals and other runners at Nobles were exceptionally welcoming - so many people cheered my son on, and we really appreciated it. It was definitely a case of noblesse oblige from the local parkrunners - or should we say Nobles obliges? We were particularly impressed by marshal Arnold, described to us as a young eighty-two, who had the challenging job of directing runners who had completed their first loop onwards while sending runners who'd done both loops off towards the finish funnel. Arnold coped with aplomb. We never got close enough to the tailwalker to find out whether he had a tail or not (maybe Manx tailwalkers don't?). 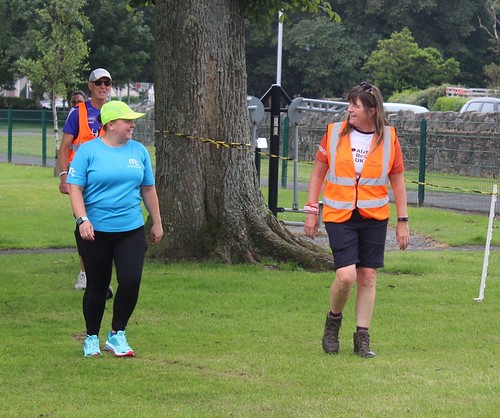 Joining our tail-less tailwalker this week was Karen Penny, taking on the challenge of walking the 20,000 miles of the British and Irish coast. She joined us this week after a week of walking the Manx coast. Karen is walking for Alzheimers research and since starting in January has raised over £38k. Follow Karen on Facebook www.facebook.com/groups/1790360527648427/ 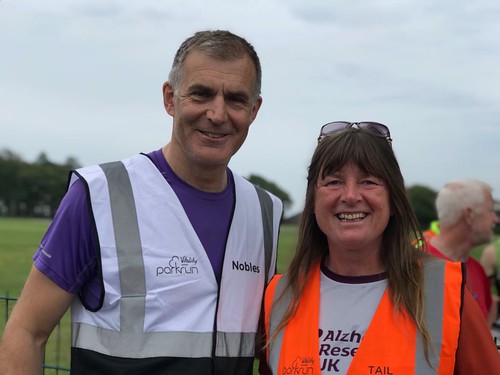 This week 138 people ran, jogged and walked the course, of whom 38 were first timers and 27 recorded new Personal Bests. Representatives of 22 different clubs took part. There was one milestone: congratulations to Shane Larkin who ran his 50th parkrun today. 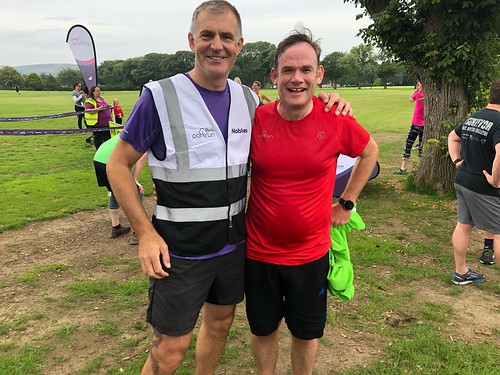 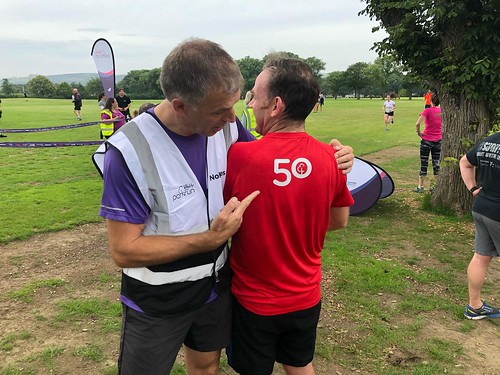 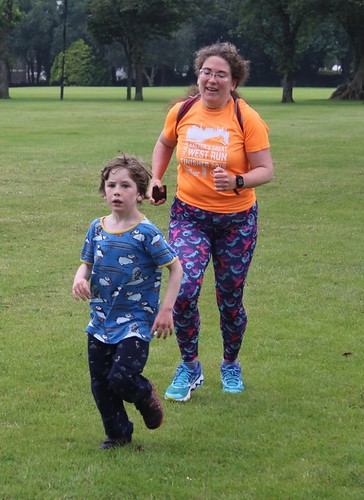