In a week that saw us pass 2000 registered participants, we also saw the continued triple figure attendance that we have seen since the start of the year, triple last years March figure too.

We had four potential "50" milestones this week, and gaining hers was regular supporter Catriona Farrant. Catriona has supported parkrun from the start, and introduced the Parkrun Practice, an NHS programme to support the health benefits of parkrun, to those in the Ballasalla area.
Congrats Catriona......I think there's a second 'Farrant' not far behind. 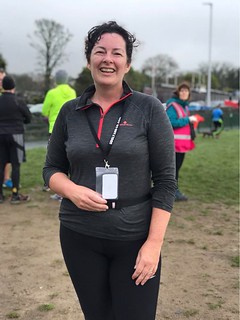 We also saw the return of Brian Bettridge this week, visiting family has given the opportunity to spread his parkrun experience further outside of his home in South Africa. Well done Brian, your t-shirt says it all. 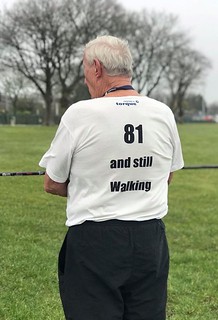 Thankyou for your continued support

See you on Saturday

This week 167 people ran, jogged and walked the course, of whom 22 were first timers and 45 recorded new Personal Bests. Representatives of 9 different clubs took part.
The event was made possible by 24 volunteers: