This week 282 people ran, jogged and walked the course, of whom 41 were first timers and 46 recorded new Personal Bests. The course looked lovely with the autumn colours and most people finished with a smile. 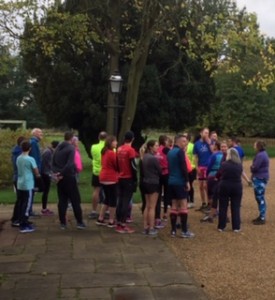 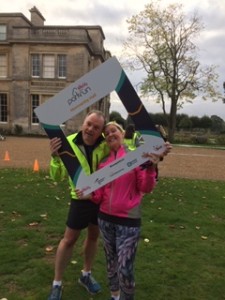 The event was made possible by 24 volunteers, including Jenny from Wimpole Hall near Cambridge. Jenny was visiting her mum and regularly volunteers at her local park run and decided to do the same here. What a great thing to do, thank you Jenny. 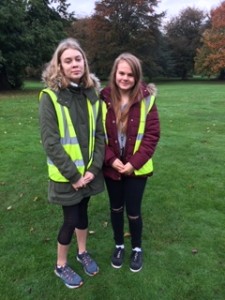 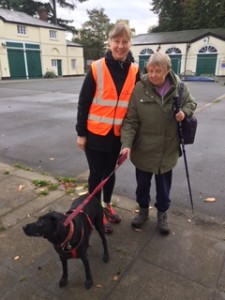 Madelaine and Emma were also two volunteers today that we're going to see a lot more of over the next 3 mths. They're doing their Duke of Edinburgh award and will be volunteering on a regular basis. Maybe that's something some other people would like to try? You can volunteer occasionally or on a regular basis, it's a good social thing to do and if you're an injured runner it keeps you in touch with your friends at Parkrun. Just e mail Rob on normanbyhallhelpers@parkrun.com.

We like to celebrate our volunteers and also those from other organisations that are doing their bit. 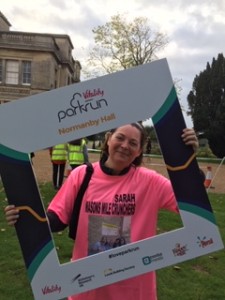 Sarah works for N. Lincs council and workers there have committed to doing 10,000 steps a day through October to raise money for Lindsey Lodge Hospice. As she said park run is a great, enjoyable way to get her steps done.

Finally we've had lots of emphasis today on the volunteers but there were 282 hard working runners, one of whom Mike Coult was running his 50th park run whilst his wife Sue volunteered. 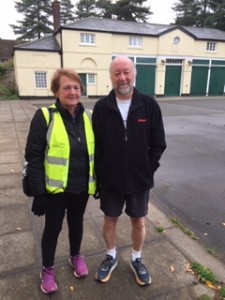 Today's full results and a complete event history can be found on the Normanby Hall parkrun Results Page.