If you’ve taken part in the Northampton parkrun over the last couple of years, you will have probably seen the #fitfam group (and you'll definitely have heard Jane/Karen!!). The group is made up of family members; as they say "yes we’re all related, love spending time together and now run together". After completing their objective of doing ‘80 events for Dad's 80th birthday’ (between them) in his memory last year, they ambitiously targeted the 9th February 2019 Northampton parkrun to celebrate ‘Dad's 81st birthday’ with a few milestones. Last week's parkrun cancellations could have scuppered less resourceful individuals, but all was well in the end - five of the team achieved their 100 parkruns (Karen Clark, Jane Timmins, Sarah Dorey, Madeleine Wain and Dave Butler running - or hobbling! - round) and Matty Reid completed his 50th. I'll simply say that the group as a whole are a great advertisement for what parkrun is all about ... and that this was a truly fit and fitting tribute to a man who was obviously much-loved. 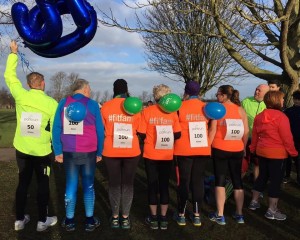 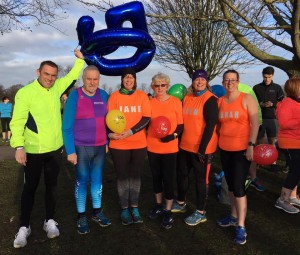 They weren't the only 'milestoners' among the 476 athletes who walked, jogged or ran Northampton parkrun #353 (a few notable absentees – six of the ‘Crayons’ went to Bicester, for example). Wendy Hammond, on her Racecourse debut (with 18 others), and the discreet R Wood (VW 60-64) clocked up their 100s - Christy Gillert and Sarah Bickers (along with her labradoodle running partner, Archie) each ticked the 50 box. 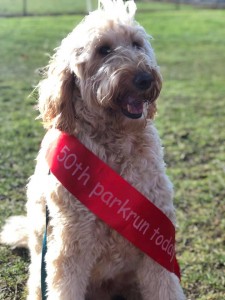 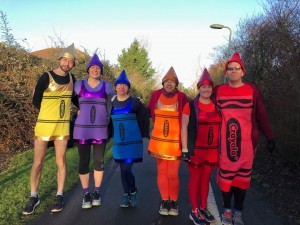 The aforementioned Wendy is a Vegan Runner – we had a group of ten Vegan Runners on Saturday, eight were first timers with us and three finished in the top eight. Amanda Salter brought along some Bushfield Joggers, Chris Jeanes was a first timer from Redway Runners and we had the usual smattering from local clubs.

Last week’s cancellation meant we had no parkrun on Groundhog Day. But for a couple of people there might have been some feelings of déjà vu this week. Our first finisher, Andy Heather – with 18-01 - ran that exact time as first finisher on 23rd June last year. Centurion R Wood started her Northampton parkrunning in May 2016 with 30-04 … and, by design or accident, she was officially timed as 30-04 on Saturday! Well done everyone who took part. It was very cold and very windy, but as RD Alastair commented “… the runners all looked to be having fun” (!!?).

Northampton parkrun #353 only happened because of the 31 hi-vis hero volunteers. Please opt-in to the volunteer email if you'd like to join them and get involved!

Hopefully see you next week 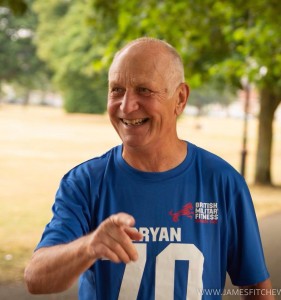