Newcastle United are the champions of England, the United Kingdom of Great Britain and Ireland has been re-named and re-invented as that of the Great Britain and Northern Ireland, and the first automatic traffic lights have been deployed in Wolverhampton.

The Wall Street Crash is still more than a year away, and Roger Sawtell was a baby.

Fast forward 92 years, 18 different Prime Ministers and 15 American Presidents, a moon landing, the largest scale war of all time and the arrival of a new Millennium... and Roger Sawtell is completing his FIRST ever parkrun in a remarkable 46 minutes and 26 seconds.

Few, if any, can have been able to match Roger's debut age of 92. 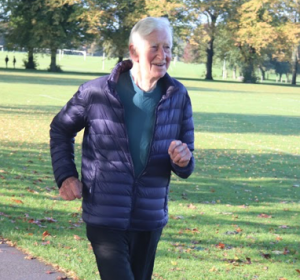 Even our own parkrun veteran, the redoubtable Bob Emmerson - 377 runs in and still going strong at 86 - was awestruck; if "somewhat disappointed" to lose his oldest Northampton parkrunner title. 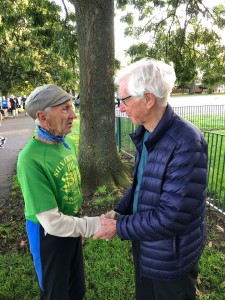 Roger says he'll be back. We look forward to him ringing the parkrun personal best bell in the near future.

It was a good day all round for the older members of our parkrun community, as the remarkable Angela Copson came home in 67th position in a time of 22:59.

Her result shouldn't, perhaps, be a surprise though. She holds the Northampton age grade course record; set back in 2015 when she completed the course in an incredible 20:24 (105.64% age grade).

Aside from high performing pensioners, there was a volunteering first for the Step Forward with Lewis running group as it staged its first parkrun takeover.

With wheelchair competitors, first time parkrunners and members driving down from London to join in the fun there was no doubting the diversity and dynamism of Michelle's group. 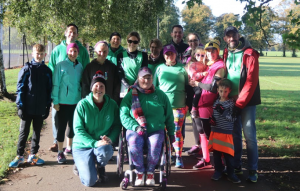 As ever with parkrun, it was also a day of milestones.

Of the 479 people who ran, jogged and walked the course, 45 were first times and 70 recorded new personal bests.

In truth, that figure was 71 but our parkrun 'winner' (I know, we're all winners!) forgot his barcode and so missed out on a time. A costly reminder: Don't forget your barcode!

His 16:05 finishing time was no less impressive for that minor misdemeanour.

Congratulations are also in order for Fiona Barrett on completing her 100th parkrun, and to Louis Sefton, Jamie Clark and Marcin Bukowski on reaching the big 50.

Of course, no parkrun would ever be complete without an eager and excellent army of volunteers.

This week's honours board reads at follows: 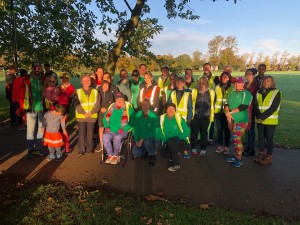 One final thought, for all of you out there, whatever your age... what have you never done that you'd really like to?

If you're under 92 perhaps it's time to do a Roger Sawtell and go and do it for the first time.