We are on a spell of parkrun tourism and this week we were at Northampton – to get an N
for our parkrun alphabet! We weren’t the only tourists there, with the unofficial prize for the
furthest travelled tourist going to the person who joined us from Amsterdam!

There were several notable milestones amongst the parkrunners this week. James STRYJEK, Matthew JEFFCOATE and Matthew JEFFCOATE were running their 50th parkrun,  Roy ANDERSON on his 100th parkrun, Katherine MCFADIAN, Katie WHITE and Angela WHITE were running their 150th parkrun and Dave SWIFT was running his 200th parkrun . A special mention to Clive PEARCE who was running his 50th different venue on his birthday and Sharon CONQUER volunteering for the 50th time! Congratulations to you all! 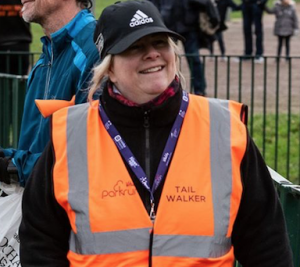 This week there were 677 parkrunners, which was the third highest attendance ever here,
possibly due to some people starting their new year resolutions a little late but more
probably because word is spreading about how great Northampton parkrun is! 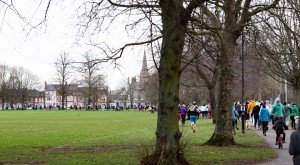 The briefing lived up to its name and was brief, but informative, and the run started on time
which is always a positive. The course is a two lap circuit of the racecourse park, with the
second lap being shorter than the first. The course is fairly flat and racecourse park is
quite open so you can see the parkrunners on other parts of the course as you go round -
making a lovely colourful vision for the runners and to show those who have not yet
decided to join us that parkrun is here! The course was marshalled by friendly and
encouraging marshals who stood in some quite cold and windy conditions to cheer us on – thank you marshal! 35 volunteers made this week’s parkrun possibe, so a massive thank
you to all of you.

I like to find out a little bit about where I am visiting, and I was surprised to learn that
Northampton racecourse is not actually a racecourse! Although it was once - historically,
regular horse racing meetings were held here but these ceased in 1904 due to the high
number of accidents caused by the sharpness of the track. Nowadays it is an open space
park comprising of about 118 acres of parkland.

Horse racing was held here at various points in its history and the racecourse was anti-
clockwise around the park. Interestingly, parkrun has stuck with this tradition and is also
run anti-clockwise. 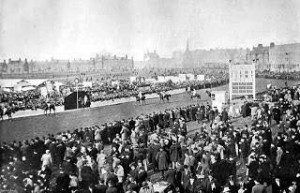 The hotel at the corner of the racecourse was built to accommodate keen racegoers but
was closed in 1904 when the racing here stopped. It then remained empty for 18 years
earning it the name “The White Elephant”, the name by which it is still known today.

On to a few parkrun stats - this week was run number 402. Of the 677 parkrunners 53
people were running their first ever parkrun and a further 46 did their first Northampton
parkrun. 60 people achieved a PB – congratulations to you all and to everyone who got a
result for their stopwatch bingo!

Thanks for a great parkrun – hope to see you again!