Having re-started after a near-500 day disruption, we were then forced to endure two cancelled Saturdays because of events on the Racecourse … but little did we realise that our delayed resumption to near-normality, Northampton parkrun #412 on 14th August 2021, would be a record-breaking occasion! 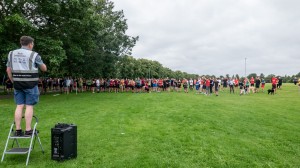 The first three home were all first timers with us and pride of place went to Herne Hill Harrier Sophie Harris (SW 25-29). In her second parkrun (her first was at Corby on Christmas Day 2017), Sophie became our first-ever female first finisher with a scintillating best female time of 16.45, knocking virtually half a minute off Emily Waugh’s previous record, and registering the 7th all-time best, of 88.36%, on our Age Graded League. First male home, second overall with 17.03, was Declan Brandley, who has run most frequently at the Aachener Weiher parkrun in Cologne. In any normal week, Lauren Hall’s 17.24 would have enabled her to finish where she normally does in a parkrun – first female - but her time does rank third on our all-time list. 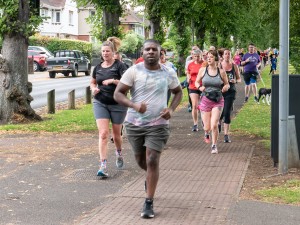 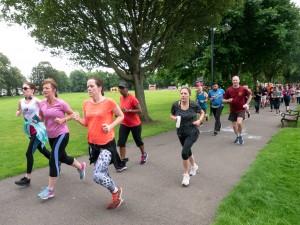 In total, 317 ran, jogged, walked and wheeled our course, of whom 41 were first timers with us (and 19 of those had never before participated in any parkrun). Lisa Catherine Swan visited us for the first time, having previously completed 341 parkruns, mainly in the Brighton area. We had 43 parkrunners who recorded new PBs. Phil Brigden was fourth home with 17.49; it was his seventh parkrun at the Racecourse and he’s beaten his previous time on every occasion. Just a couple of other PB mentions – Nathan Scarsbrook (JM 15-17), who lopped a chunk off his previous best time (25.06), recording 20.12, and Julie Boshell (VW 55-59), who was going round in about 38 minutes before the pandemic break, stormed home in 32.46.

On the milestone front, Lindsay Reeves, recorded her much-awaited 300th at the Racecourse (and 391st overall), Allyson Swan completed her 250th (244 at Northampton) and the inspirational ultra runner Michael Williams (VM 70-74) celebrated his 200th in 23.07, encouraged by a contingent of fellow Northampton Road Runners. Lindsay, Allyson and Michael have all been stalwart supporters of Northampton parkrun since the start, in 2012. Piotr Streciwilk (100) and Cheryl Hirons (50) also had reason to celebrate and both can now claim their T-shirts. 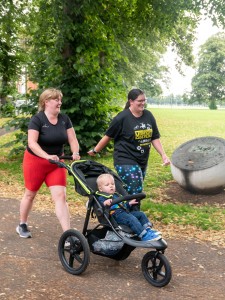 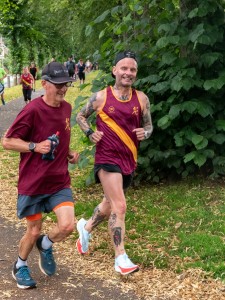 Miscellaneous mention (1) to Neil Martin (VM 55-59) who ran his first-ever parkrun in 27.01 and who has a namesake. I happened to bump into Neil Martin (VM 60-64) jogging on his way to volunteer on Saturday (he stopped and walked with me!). This Neil has done 235 parkruns (206 at Northampton) and his most recent run at the Racecourse was on 14th March 2020 … in the spookily coincidental time of 27.01!! Miscellaneous mention (2) to Claire O’Connor (VW 45-49). Claire’s ‘usual’ parkrun is an out-and-back route along the Chesapeake and Ohio canal towpath in Washington DC. This weekend, local girl Claire should have been back here celebrating an event in her life far more memorable and enjoyable than parkrun, but the nuptials were sadly postponed for covid reasons. Miscellaneous mention (3) jointly to Carole James (WWC) and Alan Hackett. Carole not only managed to turn up on time (!) but then ‘coached’ first timer Alan around the course. To quote from one of Michelle Lewis’ Running Tales podcasts: “Alan has spent a significant chunk of his life running. His achievements include 24 hour runs, taking on the London to Brighton challenge and serving as chairman of Northampton Road Runners. Recent years have thrown a different set of challenges his way … ”. Well done to both Carole and Alan – especially their sprint finish! 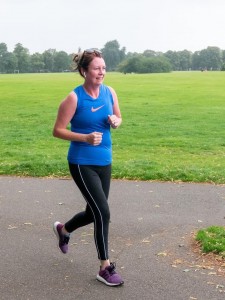 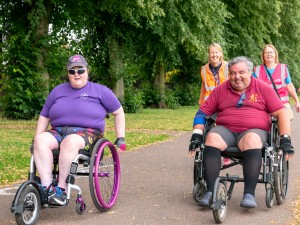 I’ll be having a short break from ‘that corner’ for a couple of weeks – so I’ll finish by just saying think about volunteering (as 33 proudly did this week in the new pink hi-vis tops) and DFYB. 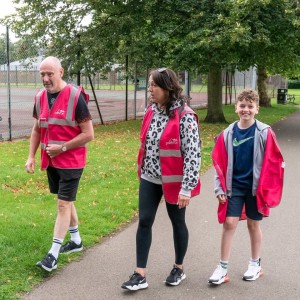 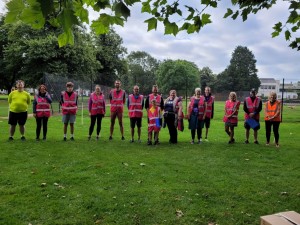