This week 344 people ran, jogged and walked the course, of whom 47 were first timers and 42 recorded new Personal Bests. Representatives of 30 different clubs took part. 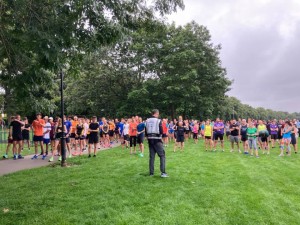 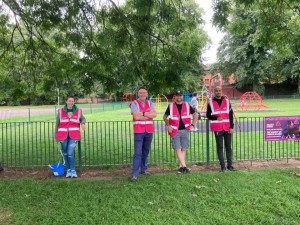 Daniel celebrated his 150th parkrun and Richard (orange top next picture down) completed his 100th. 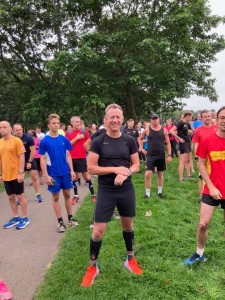 Today's full results and a complete event history can be found on the Northampton parkrun Results Page. 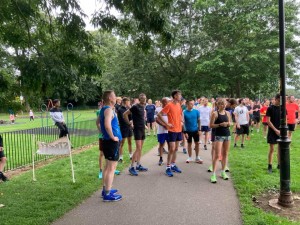