It's a mantra we all know and, some of us, live by - but last week it took on new significance as the 366th parkrun was taken over as part of Deaf Awareness Week. 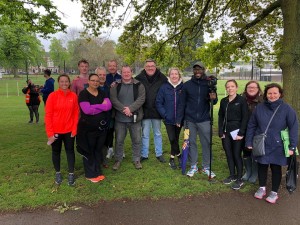 Four hundred and ninety parkrunners stood transfixed as Alexy our deaf parkrunner used sign language to carry out the traditional pre-run briefing we've all come to know and love. 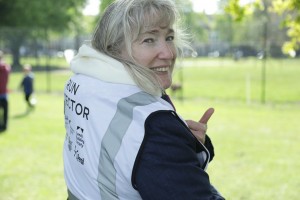 As the talk - and sign - came to an end, it was time for a bit of learning on the job as we we all learnt how to sign that vital phrase: I love parkrun.

The sight of banks of runners, from the super fast to the super enthusiastic, taking part sent out a powerful message.  Of course, the deaf awareness take-over wasn't contained to the run's start, as the group filled marshaling positions and even took part in the event.

Parkrunners always love the regular takeovers, but I think people will be in particular looking forward to the return of this one. 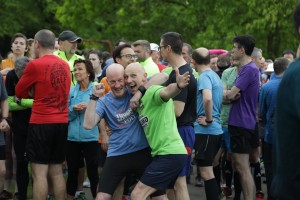 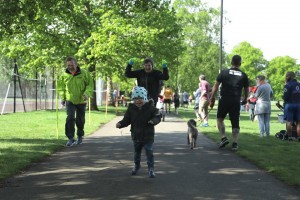 Once the run was underway, it was spearheaded by a contrasting first two.

Adan Bare led everyone home in his first ever parkrun (18:11), followed closely by Andy Green (Team East Haddon) in his 236th. 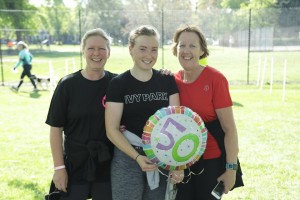 Thanks again to all the magnificent volunteers, who make it all possible by standing on corners in all weathers, clicking timers, putting up poles and collecting barcodes.

A special mention to Bobby, who was overseeing his first parkrun as run director. 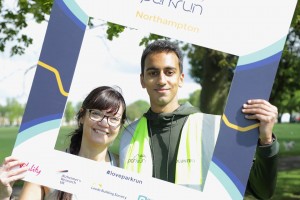 This Saturday will be a special themed event to celebrate Pride in Northamptonshire, so make sure you all come along as brightly dressed as possible.  Also Northampton Road Runners will be taking over, so lots of claret at the Racecourse as well.