Ockwells junior parkrun #88 – 18 April 2021 – Run Report by Sarah Simms
The sun shone on Ockwells Park on Sunday 18 April 2021 as junior parkrunners, parents, siblings and volunteers gathered for the 88 th time. It was over 13 months since this last happened, which is a long time, especially in the life of a child. In those 13 months, children have grown older, taller, faster and stronger. Some have reached that magical 4 th birthday, when they can parkrun for the first time, others have started school or moved up from infant to junior school. One thing remains certain though, among runners, parents and volunteers alike: we are very, very happy to be back. One more step towards a return to normal life and what a beautiful morning to celebrate it.
While 5k parkrun events remain closed, junior events are restricted to 4-10 year olds, but still an impressive 81 children turned up at Ockwells Park to complete the course, 16 of whom were running their first ever parkrun, and Event Director Sara Ford was inundated with volunteers, many of whom came from Maidenhead Athletics Club to support their local junior event.
After a socially distanced briefing and warm up, it was time for everyone to make their way to the start line; the course had been altered slightly to allow for a wide start and also plenty of space after the funnel for scanning of tokens. Some of the procedures were slightly different, but it was still the same warm, friendly, welcoming atmosphere of parkrun and it felt good. Thanks to the influx of enthusiastic volunteers, there were plenty of marshals around the course to cheer the children on and point them in the right direction.
First across the finish line was Archie Charles, a regular first finisher, who completed his 70 th junior parkrun in 7:44, narrowly missing out on a PB. He was closely followed by Zoe Allan, who recorded a new PB (7:50) on her 101 st junior parkrun. Unsurprisingly, given the 13 month gap (in which quite a bit of growing took place!), there were a large number of children recording a PB; a total of 36, which is more than half of those who had previously completed at least one junior parkrun at Ockwells Park. Special mentions for big PBs go to:

Completing milestone runs today (after a very long wait) were:

Thanks to the volunteers….

Ockwells junior parkrun #83 – 2 February 2020 – Run Report by Sarah Simms
Heavy rain on Saturday night meant a last-minute change of plan was needed on Sunday morning to allow Ockwells junior parkrun event #83 to take place. Large sections of the second field were underwater and the start/finish straight on the first field was swampy and boggy to say the least!

The course was therefore run as three and a bit laps of the first field, entirely on the path (unless you’re my son, when numerous diversions off the path and into the squelchy mud seemed to be required!)

The rain had cleared by Sunday morning and there was a reasonable turnout of 87 juniors, including 6 who were running their first ever parkrun. However, conditions were blustery, and even on the path there were numerous puddles to negotiate, making it tough going and only 4 were able to record a PB. Very well done to Jack Johnston, Erin Money, Cooper MacDonald and Alexa Dorling; that’s quite an achievement in tricky conditions!

First across the line was Ryan Jones, achieving his first ‘first finisher’ in a time of 8:05, while Matilda Noble was the first female home in 9:23; her 15 th time in the top female spot. This week no one recorded a ‘milestone’ run (11 for a half marathon, 21 for a marathon or 50 for an ultra), although Laurie Sille picked up his half marathon wristband at the start, having completed 11 junior parkruns the last time he ran.

Thank you to all the volunteers who made this event happen:

Many Thanks to Sarah Simms for this week's run report:

With 80 parkruns under my belt I like to think I’m becoming a bit of a parkrun veteran, but until today, I’d not experienced a junior parkrun. Last week my son turned 4 and this Sunday we headed down to Ockwells Park for his very first junior parkrun, something which he was very excited about! It was a busy first timers’ briefing, with 13 children there for their first ever parkrun and a further 5 at Ockwells Park for the first time. 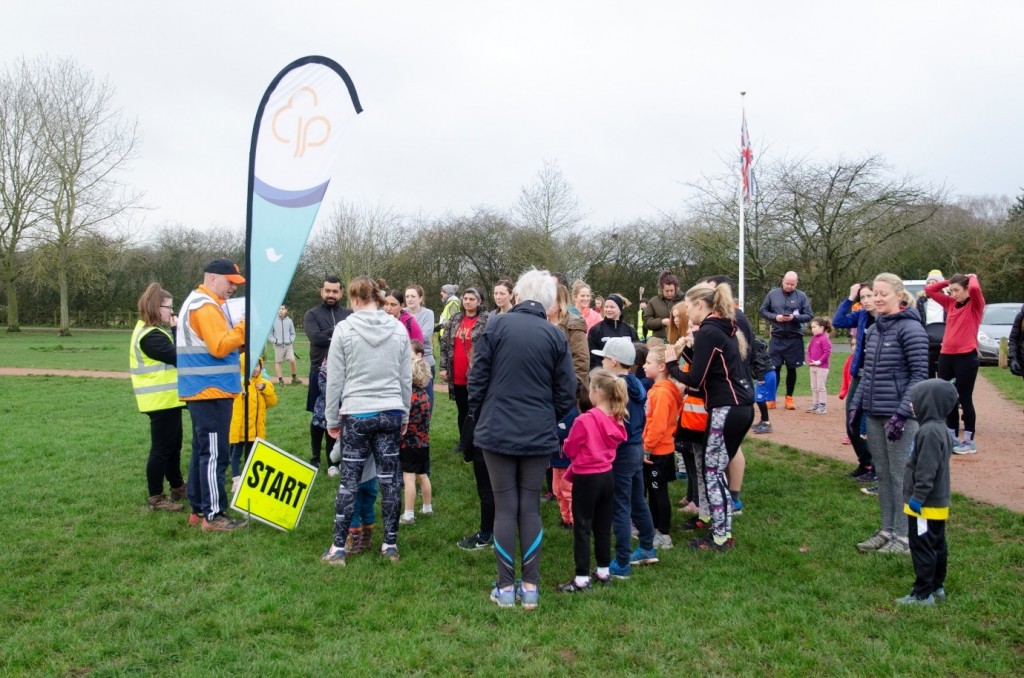 With the first timers and visitors briefed, Run Director Sam welcomed the children, parents, volunteers and other supporters to Ockwells junior parkrun number 82 before awarding wristbands to those who had achieved milestones on their previous junior parkrun (11 for a half marathon wristband, 21 for a marathon and 50 for an ultra). This week Toby Smith, Theodore Tan and Evey Spohr reached half marathon distance and Joshua Sibley ran his 21st run, so completed a marathon of junior parkruns – make sure you collect your wristbands next time! 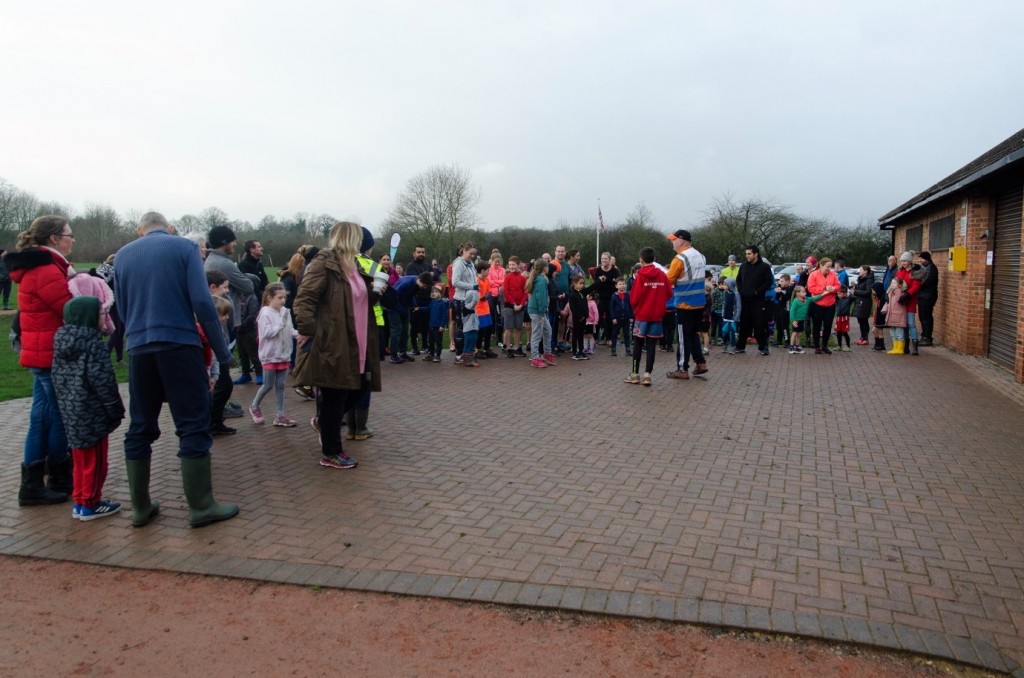 Next, it was time for the warm-up, enthusiastically lead by Sam and ably assisted by Steven Gillespie, who had also just received his wristband for completing 50 junior parkruns on his last time out. Children and parents alike were running on the spot, touching the ground and jumping in the air before heading to the start line, raring to go. 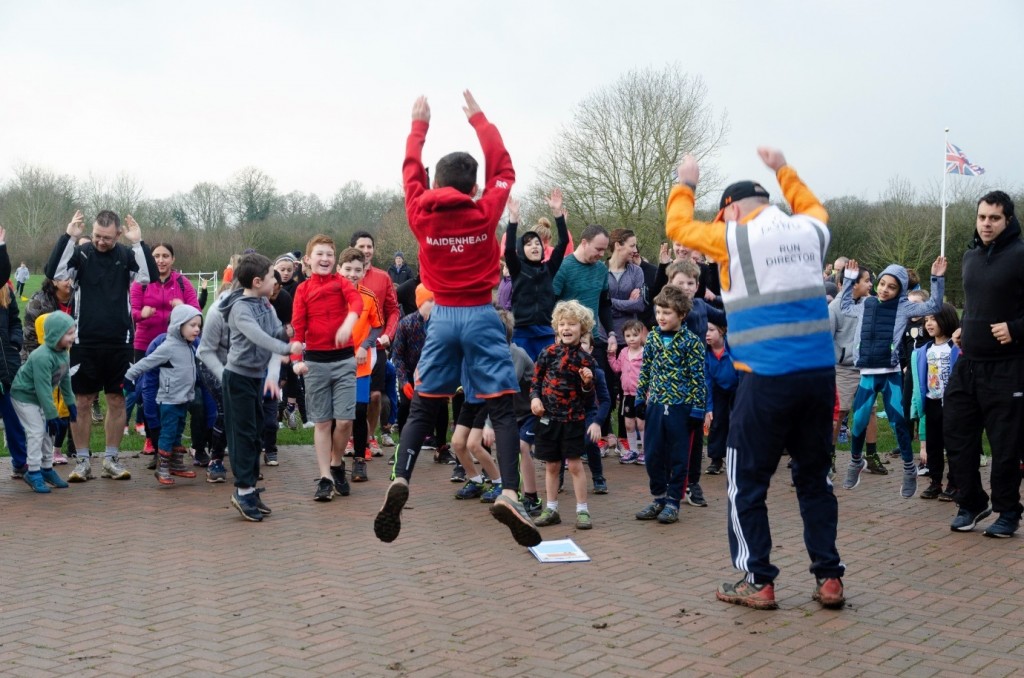 And then we were off… 97 children and a fair number of parents: a lap of the first field, a triangle on the second field and then back to the first field for the final lap before the finishing straight to the funnel. At every corner, marshals cheered and encouraged the children along and there were high-fives a-plenty! First across the line was Leo Starkey in a new PB of 7:55, closely followed by first timer Daniel Topping in 8:08. First female finisher was Zoe Allan, who has racked up an impressive 99 parkruns and finished in 8:21 today, not far outside her PB. In total there were 41 PBs – well done to all of you! 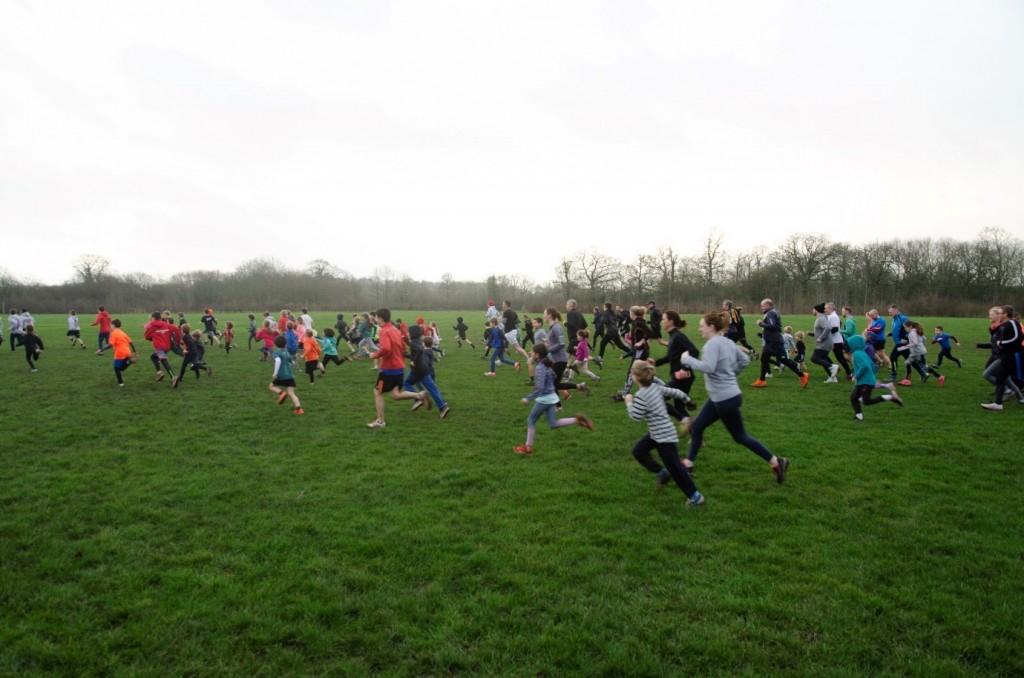 Huge thanks to tail walker Poppy Mclean who patiently encouraged along my little first timer, and to the marshals who high-fived him and kept him going. I’m pleased to say he made it to the end where we were greeted by clapping and cheering volunteers – he was so excited to have his very own barcode scanned for the very first time! We will be back, hopefully a little quicker next time. It is the beginning of a new journey. 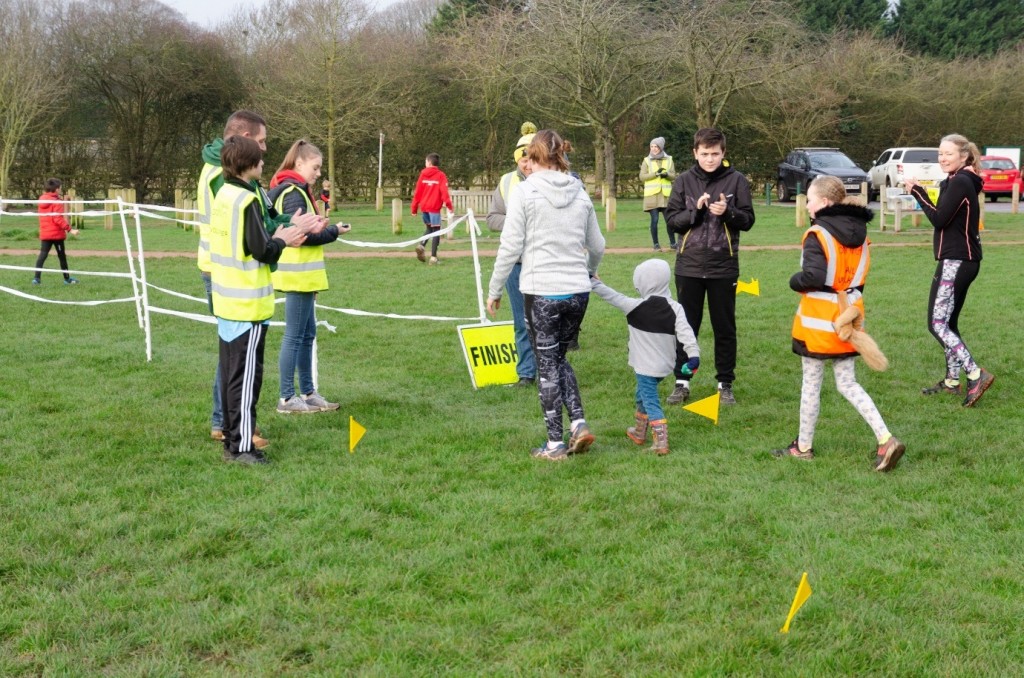 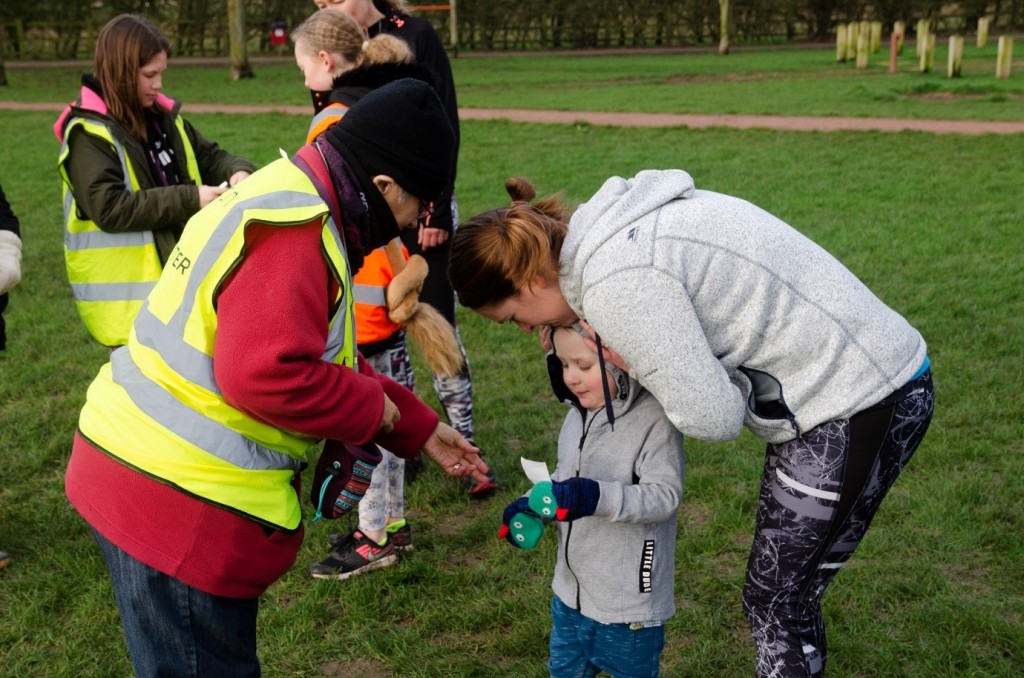 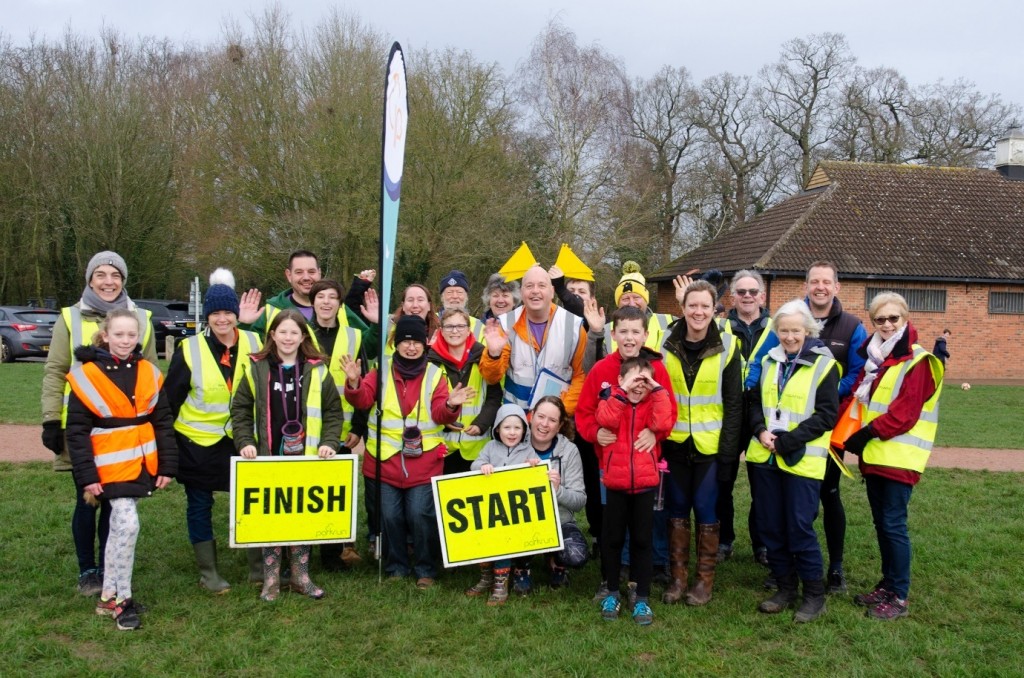 There was a lovely turn out for Ockwells Junior parkrun on a cold (4°) Sunday morning. It is the 1st December and we had excited children as advent started today, so what better way to run in “all things tinsel and sparkle”. The children embraced the theme and came in tinsel, glitter, sequins and Christmas hats, not only the children, the volunteers got sequined up too.
Congratulations to the runners on getting their half marathon wristband award and to the runners for getting their marathon wristband award. Very well done.
9am and warm up began, it was a bit muddy underfoot but that didn’t stop the jogging on the spot, high knees and hula hooping hips!! Countdown started and off they went to the start line.. Ready steady go…. And they’re off…. 2k around Ockwells park. Time keepers, token sorters and barcode scanners to the ready! Parents and Marshalls cheering as the children run their first lap. Second lap around and the faster runners are heading for the finish line.. As they turn the bend, onto the grass and into the final stretch, the sprint begins and this week our first finisher was Jamie, with a new PB run time of 8:28 with 2nd and 3rd close behind. Remember it’s not a race, it’s a personal run. So a very well done to all 53 of our park runners this morning and a huge thank you to our volunteers. See you all next week.

It was an unsurprisingly low attendance of 56 possibly due to the fact that it was about 3ºC and by the time it was over most people couldn't feel their fingers. Despite the conditions Seb Sprankling still turned up to collect his marathon wristband for doing 21 junior parkruns. Well done Seb! If you have done 11, 21, 50 or 100 junior parkruns then email us and you will get a wristband (or certificate for 100!) on your 12th, 22nd, 51st or 101st parkrun! First finisher for the boys was Cameron Allen with a fantastic time of 7:48 in his final junior parkrun. This was his 18th win at Ockwells. The first female finisher was Sinéad Fitzgerald with a fantastic new pb of 9:10. As well as running this outstanding time, she also helped set out the course beforehand and may or may not be writing this run report. Overall, we had 8 new PBs (congratulations all!) and 3 new first timers to Ockwells (welcome!).

A huge thank you to all of our volunteers who gave up their Sunday to stand in a cold muddy field clapping our runners. And well done to everyone who participated in Ockwells junior parkrun.