MR. BLUE SKY
After a bitterly cold early morning drive up the East Lancs, your run reporter and his partner were greeted by blue skies and low winter sun over Edge Hill University for the latest instalment of the ever-popular Ormskirk parkrun. With Blue Monday coming up and the 19th January being the date that most people have finally given up on their New Years resolutions, you could be forgiven for expecting a lower turnout than in recent weeks, but Ormskirk's parkrunners had other ideas with an impressive 460 people lacing up for their weekly running fix. I believe this impressive turnout to be only 5 shy of 2019's record breaking New Year parkrun! There were 69 first timers and representatives of 40 different clubs took part. 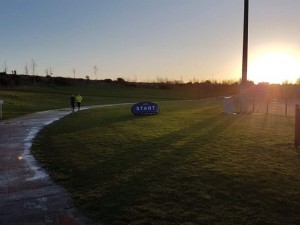 One of the friendliest run directors I have ever met, Steve Hall ensuring all his fantastic volunteering team is in place. 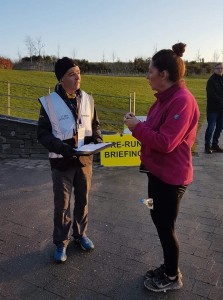 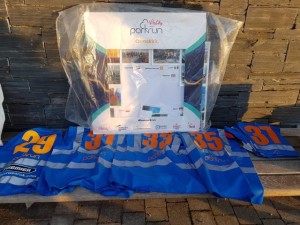 They really are a friendly bunch at Ormskirk parkrun and colourful too, below is Paul Holloway who was running his 227th parkrun, 39 of those at Ormskirk. 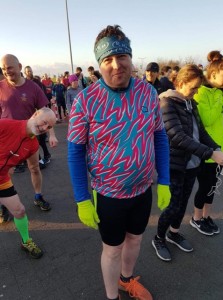 And here we have Selina Makin after running her 264th parkrun, 116 at Ormskirk with 2 future stars of parkrun... 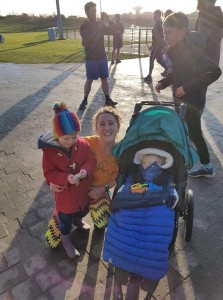 Special mentions this week to Andrew Marsh who was running her 100th parkrun at Ormskirk, and most importantly brought Cake. Neil Rees participating in his 50th parkrun to qualify for his red t-shirt. I must also mention Danny who celebrated their birthday last week, as they also brought Cake. Thank you it was lovely!
Tourists came from far and afield including, London, Rossendale, Doncaster, Tawd Valley and Oldham. 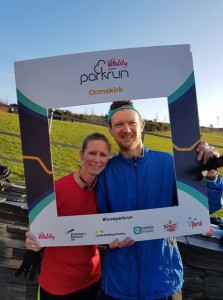 Thank you for letting me write your run report this week and for making my partner and I feel so welcome at your fantastic parkrun.
Keep on parkrunning!
Today's full results and a complete event history can be found on the Ormskirk parkrun Results Page.