Osterley park, 7.45am, ready to walk the new course with Geoff while Tunde sets up the start and finish. Although I've run the new two lap route a couple of times I'm still learning the finer points of cone and arrow positioning. And it was a good job we got things done early as we had a record breaking attendance of 191 runners. That is only outdone by Osterley parkrun #1 (261 runners) but the way things are going that may fall before too long such is the popularity of parkrun. 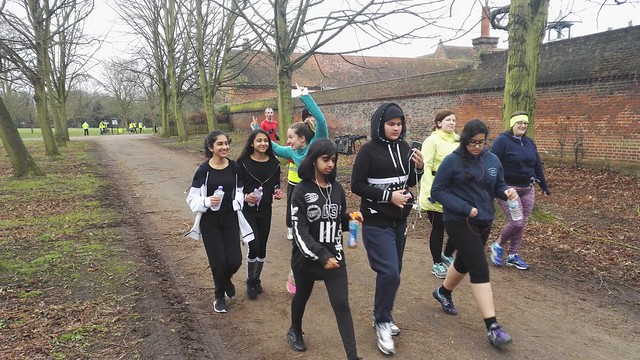 The numbers were swelled by a large group of Year 9s and their teachers from Heston school and they brought with them lots of fun and enthusiasm - lets hope they get the parkrun bug! 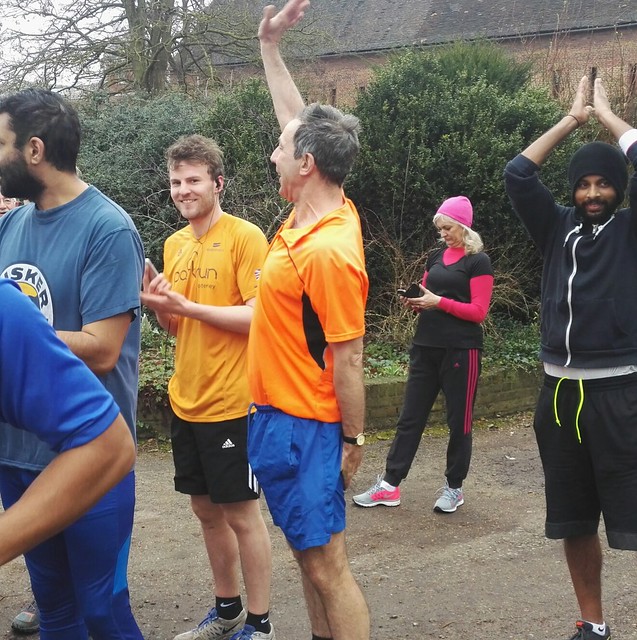 Our very own Jim Twist was undertaking his 100th parkrun and had brought an expertly decorated cake to celebrate. Great achievement Jim (and great cake!). 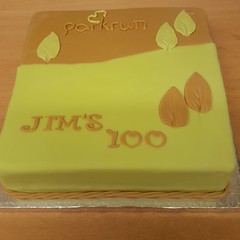 31 first timers (mostly due to Heston School) accompanied the regular runners and as they all charged off the valiant volunteers took up their positions ready to time-keep, scan, hand out tokens, funnel manage, point in the right direction and to shout encouragement.

The new course is proving popular if the number of positive comments I received is anything to go by - some people like the views and the lake section others prefer two laps. whichever it is feel free to comment on our facebook page.

So to the run. It became apparent that we had a fast female and that records might tumble. Aisling Wall, home park run Woodhouse Moor in Leeds, was setting a cracking pace and there was a distinct possibility that she might get on to our sub 20 women's list (only seven hold that exalted position). She didn't disappoint, hitting the finish line in a breathtaking 19m57s. That also puts her as the age category record holder for SW25-29; great effort Ailsing - well done!

While we're on the subject of flying feats we had a pretty impressive 33 PBs this week - well done everyone.

As always, none of this would be possible without our volunteers a lovely bunch of people and I wanted to make particular mention of Pavana who marshalled by the first metal gate next to the lake and did a magnificent job of cheering on all our runners - thanks Parvana.

So that's it for another week. After a coffee with Geoff we walked past the front of Osterley House and looked at the empty grass area opposite where, only an hour before, there had been runners, volunteers, cones and funnels, shouts and handshakes and most importantly laughter!

See you all soon
Tim