Osterley parkruns are always wonderful, but January editions can be cold, rainy, miserable versions of wonderful. But not today. 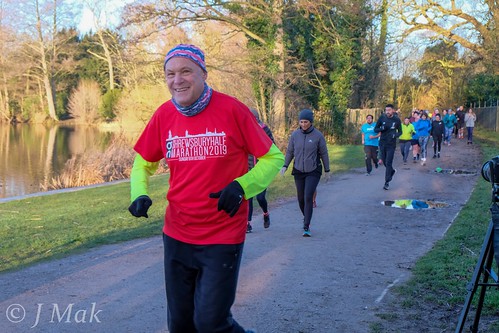 There was sunshine and joie de vivre in the air, and two of our favourite Osterley parkrunners – Austin and Charmaine McHale - were renewing their parkrun vows as they ran their 250th parkruns together. We had cake, we had cheering, we had lots of new faces and we had even more personal bests! 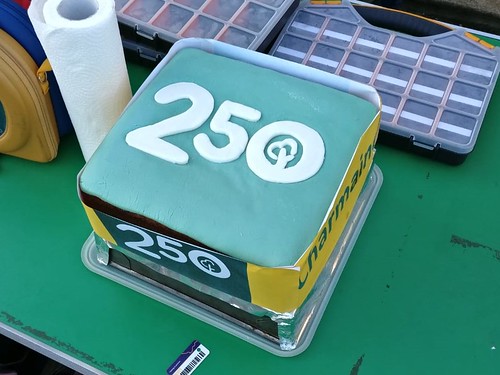 Austin and Charmaine ran their first Osterley parkrun together back on 2nd November 2013, (the 10th ever Osterley run), and 250 runs and just over 6 years later we helped them celebrate the big green milestone. Along the way Austin has run at Osterley 230 times out of his 250 runs and Charmaine 226 times, which by our reckoning puts them behind only the legendary Deborah Leavers (currently on 268 appearances) in terms of Osterley royalty loyalty. Stat fans, let us know if we’ve forgotten anyone! 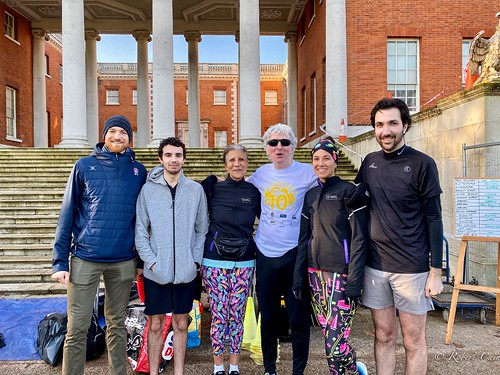 Today’s parkrun saw 429 runners, joggers and walkers complete the 2 lap course, compared to 261 runners on the equivalent date last year, and 142 the year before. This increase in popularity fills us with immense pride, and is in great part down to the work and support of Event Director Geoff Miles, Osterley Park General Manager Neil Cole and the whole RD and volunteer team. And of course all our fabulous participants!

However, such growth doesn’t come without its growing pains. In recent weeks we’ve had a number of complaints from both parkrunners and other park users about a lack of etiquette which we’d like to nip in the bud.

This is a request principally, but not exclusively, to the fasties in the field. The runners at the front are an inspiration, not least to show how legs can move that fast without falling off. But we have to remember that parkrun’s no.1 priority is ensuring a welcoming and encouraging environment for all runners, joggers and walkers. The top priority is not ensuring fast runners get the best possible time.

So, while shouting at runners being lapped to move out of the way, or whizzing past them with an inch or so between you, may be entirely acceptable etiquette during a race, it is absolutely unacceptable at parkrun. The fast runners may have to run a bit slower or further in order to give the slower runners and other park users the space they need but that is part of the deal when you take part at parkrun. There are plenty of races out there where fasties can go hell for leather, but there’s only one parkrun. Well, there’s 1635 parkruns actually but you know what we mean. 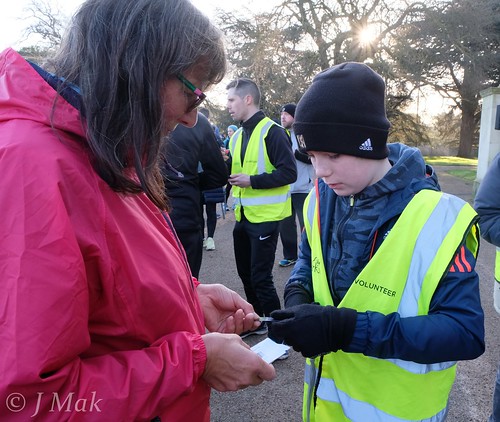 It would also be really nice to see more runners from the pointy end of proceedings volunteering more. We have a wonderful parkrun community but it relies on volunteers and everyone should take the time to give back a little something. And, as anyone who has ever volunteered will tell you, you actually get an awful lot of satisfaction from doing it, and it gives you the chance to appreciate all the amazing achievements and stories that happen through the whole field.

99.9% of runners, fast and slow, act impeccably week in week out, and of course a good number of you volunteer regularly too. But it is the errant few who either don’t understand or choose to ignore the parkrun ethos who spoil things. So please let’s all make sure we live the parkrun philosophy to the full, and if you see behaviour that you feel falls below par, let us know and we’ll get on it.

But back to the inspiring bits of Osterley parkrun #326! 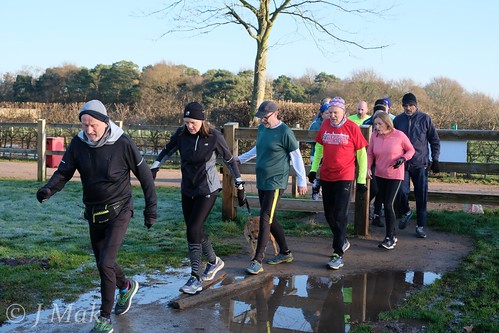 We were delighted to see 21 runners on Saturday who were doing their first ever parkrun, with 56 of you running Osterley for the first time. Two of those Osterley debutants led the field home, with Ealing Eagle Will Adolphy running an impressive 16.57, only a second off his all-time parkrun pb, jumping into the history books as the 11th fastest ever runner at Osterley. Fellow first-timer David Ready ran 17.22 for 2nd place and the more familiar face of Will’s clubmate Ewan Fryatt finished 3rd in 17.29.

The women’s category on Saturday was one of the highest quality, and closely fought, we’ve ever seen. Rachel Berry finished 1st woman for the 6th time here in a speedy 19.54, closely followed by another Osterley first-timer (albeit a veteran of 247 parkruns elsewhere) Harriette Drew in 20.07 Hot on her heels in 3rd was Osterley regular Rachael Turner getting back to her best who finished in 20.09. 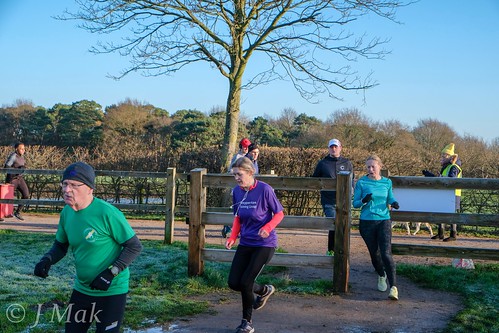 It was lovely to see Carol Dickinson, who has a whopping 536 parkruns under her belt (415 at Bushy), back at Osterley where she scored her 4th pb in her 4th visit here. Congratulations should also go to all the other 66 runners who achieved a pb on Saturday. However, we would like to give an extra doff of the cap to fellow Run Director of this parish Alison Daniels who achieved her 5th pb since October last year. Her 26.47 run on Saturday was almost 2 minutes faster than her October 2019 pb. After taking 4 years to break her 2015 best, Alison is now knocking out pbs week in week out for fun. Amazing. 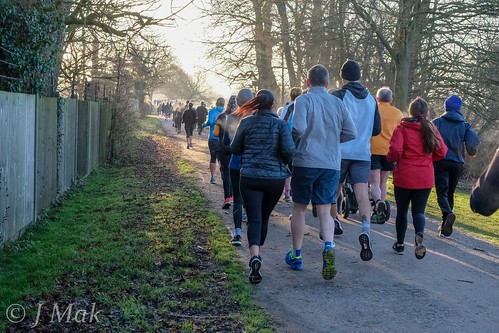 Congratulations too to Martha Whittaker who ran her 150th parkrun despite still being a JW11-14, and marked the occasion with her fastest run since May last year. Martha wins the Osterley parkrun loyalty award as she has run every single one of her 150 parkruns at Osterley, and has also run 51 Osterley Junior parkruns! We think she has probably earned the right to try at least one parkrun somewhere else 

And last but not least, well done to Mike Howard who ran his 50th parkrun this week. We look forward to seeing you hit run no.100, Mike.

We’ve had a flood of offers to volunteer so far this year which is brilliant. A big thank you to this week’s magnificent 27, and an even bigger thank you to those who will be signing up for the weeks to come. We have lots of gaps in the roster so don’t be shy!

Many thanks for all your support and good cheer, and we look forward to seeing you all next week!

This week 429 people ran, jogged and walked the course, of whom 56 were first timers and 67 recorded new Personal Bests. Representatives of 34 different clubs took part.

Today's full results and a complete event history can be found on the Osterley parkrun Results Page.