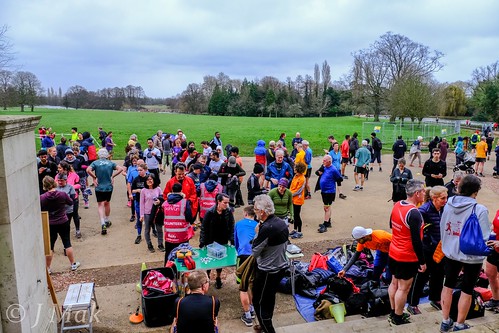 Despite the gusty and grey weather on Saturday morning, the buzz of activity at Osterley parkrun at 8:45 was just as lively as usual as everyone flooded in from the car park and tube station. We welcomed a whopping 69 people who were new to Osterley, of which 8 were parkrun first timers. After the new runner briefing, it was time for the main briefing delivered by our esteemed run director Chris... or was it? The microphone speaker decided it had other plans, and after picking up a bluetooth connection to someone's phone played a bit of mystery impromptu warm-up music. Once we figured out the source of the music, attention was turned back to the briefing. We celebrated a number of milestones - congratulations to Jim TWIST on his 250th run, and to Sarah HYATT, Wanda DAWSON, and Jagdip GILL on completing 50 runs. We hope you enjoy wearing your shiny new milestone tees. 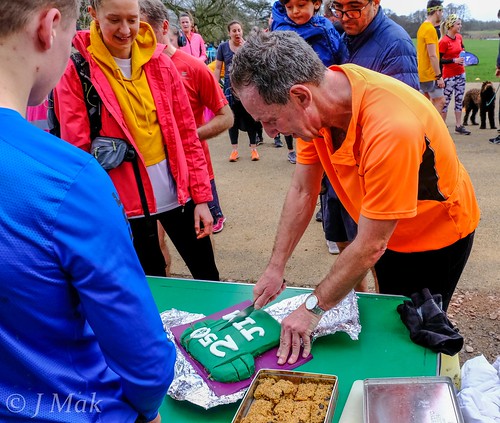 359 people completed our lovely two lap course (and several did impressive jumps over/splashes through the chicane gate puddle which seems to grow week on week). The male and female first finishers were Osterley regulars Simon SHAW in 18:22 and Rachael TURNER in 19:45. Louise HUTCHINSON recorded the highest age grade with 82.65% in the VW60-64 category, with Mike DENNISON hot on her heels with 81.86% in the VM60-64 category.

A number of parkrunners recorded arbitrary yet somewhat satisfying times - Hadi KHATAMIZADEH finished in 22:00, Sabrina CANT in 22:22, Rishi SHARMA completed the course in 23:23, Barnaby SILVERSTONE in 24:24, Michael JAMES in 26:00, Clare MCKENZIE in 27:00, Nick CRYAN in 29:29, Claire WARNER in 33:00, Simon TAPP in 34:00, and Lesley FARROW in 35:35. Regular Osterley volunteer Samra SAID decided for a change of scene and took to the course this week, coming through the funnel in 46:41 and recording a new PB. In total 36 runners, joggers and walkers recorded PBs - very well done to all involved. 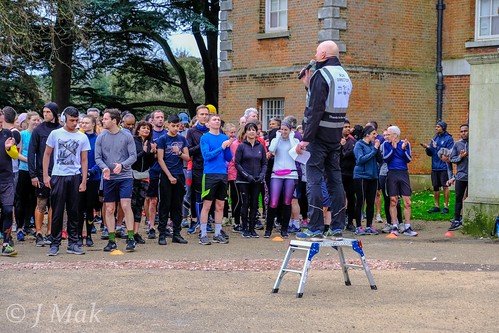 If you would like to volunteer in the coming weeks we have lots of different roles available - please take a look at the future roster page under the volunteer section of the site and get in touch. You don't need any technical knowledge or special kit; full training will be given on the day and all the jobs are easy to pick up. Thank you to this week's wonderful host of 26 volunteers who made the event happen:

This week 359 people ran, jogged and walked the course, of whom 69 were first timers and 36 recorded new Personal Bests. Representatives of 40 different clubs took part.

Today's full results and a complete event history can be found on the Osterley parkrun Results Page: https://www.parkrun.org.uk/osterley/results/latestresults/