Today was another wonderful parkrun day, the conditions were perfect, but there was one job I needed to do which was tinged with some sadness - say farewell to Andy as he carried out his final Run Direct.What was special - it was only the second time ever that the whole of the core team were at the same event, but the first time we had a photo with all 6 of us too. Even though Sarah and Phil were unable to stay for the whole event, they popped along to see Andy, something they didn't want to miss. 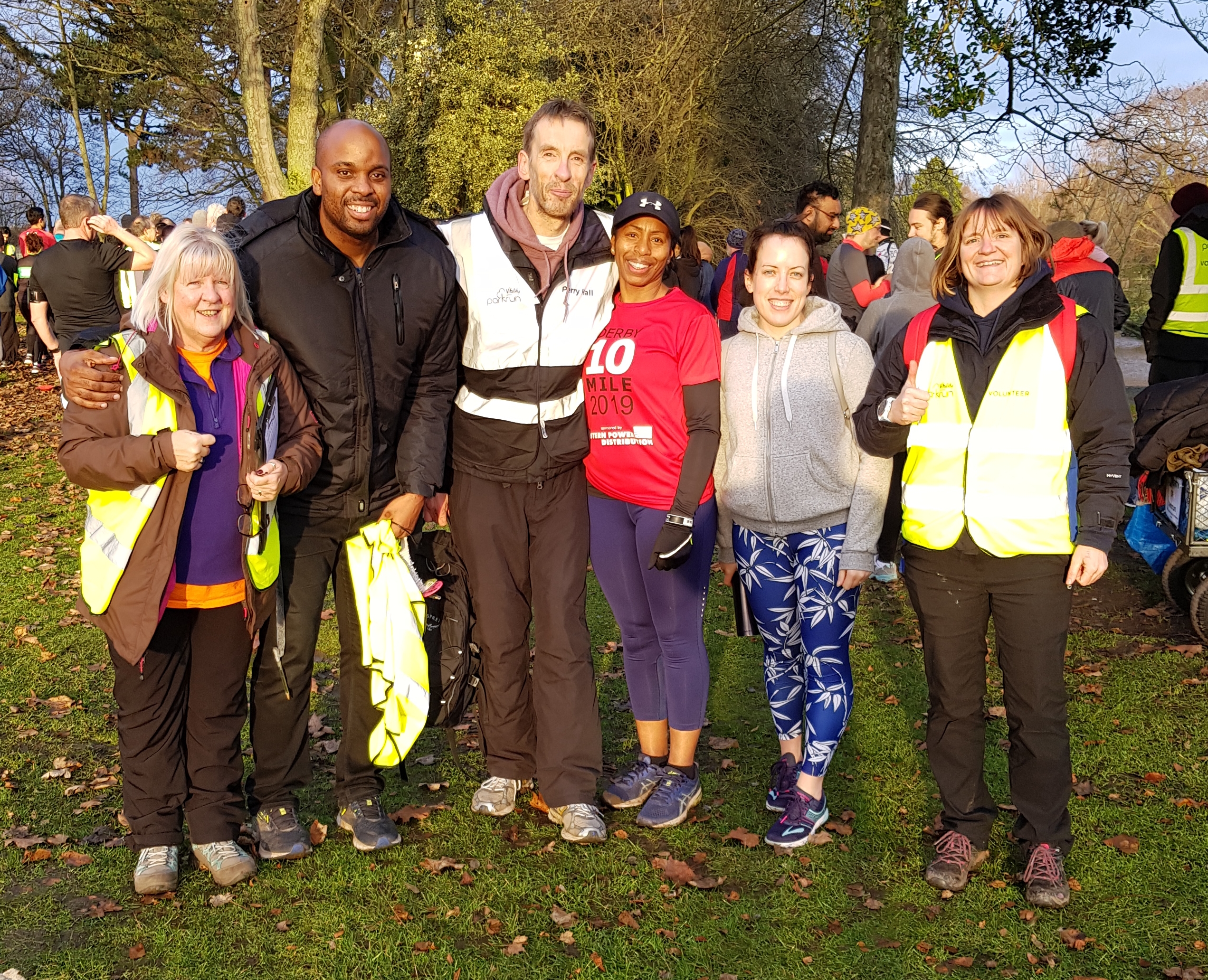 Here are the words taken from those I said on Saturday from the bench;

This was Andy’s final Run Direct at Perry Hall. Being a Run Director does take up a little more time than just volunteering on a Saturday morning – which naturally means people come and go from the team as their circumstances change.

In April 2016 Andy was a Run Director for the first time. We had been looking for someone to join the team and I was delighted when Andy agreed – I call him the ‘wise owl’ of parkrun.

If I tell you he has completed 311 parkruns and toured to 99 different locations including in Germany and Russia and volunteered on 91 Saturdays – you can see why I gave him that label. He has a wealth of experience in both running, volunteering and seeing different events. 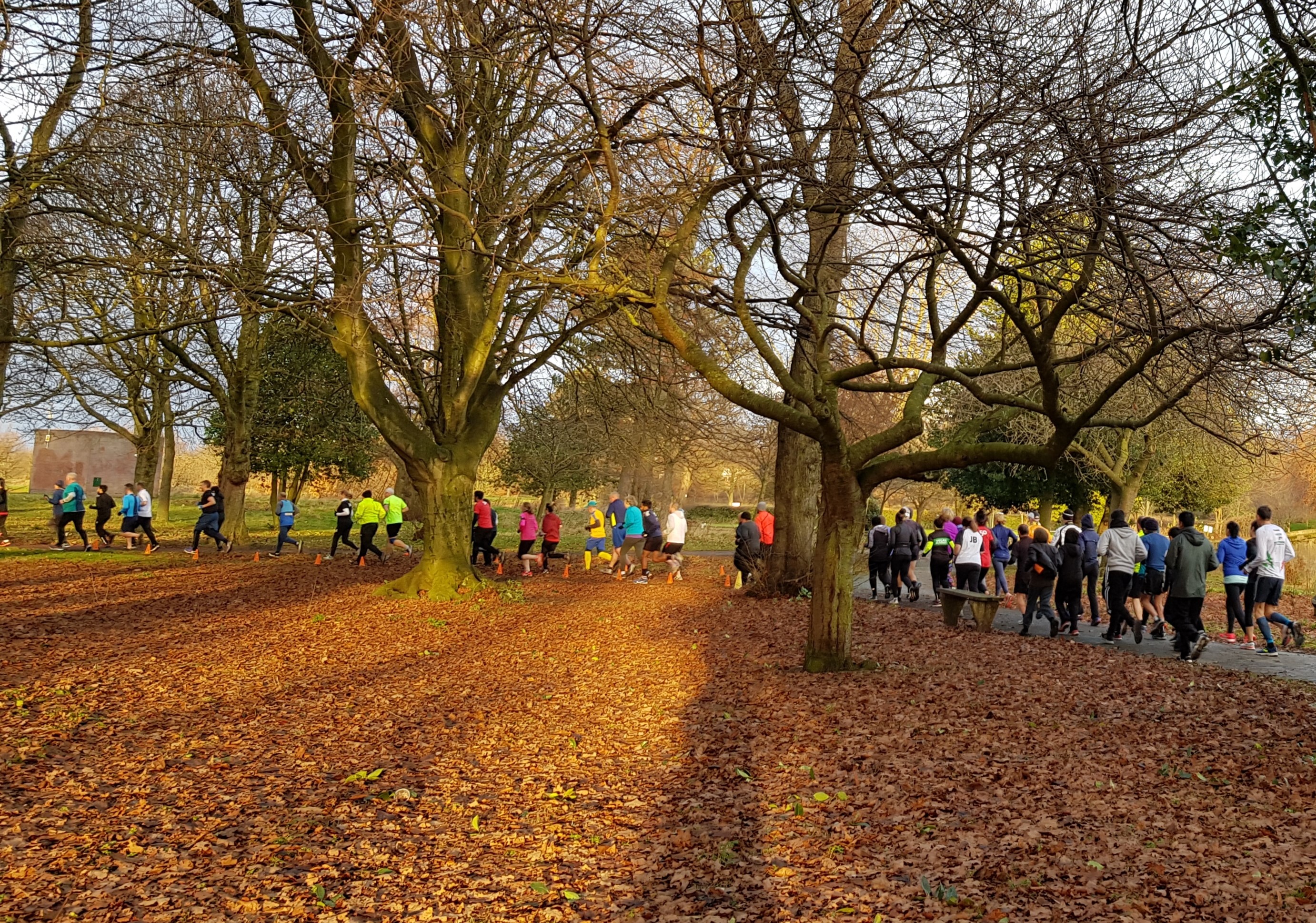 The park was looking particularly stunning with autumn colours

Andy stood on the bench 26 times as Run Director which equates to every week for 6 months. In total he has been on the core team for 3 and half years – he has served with reliability, integrity and wisdom, but he is an all-round great fella.

The runners at Perry Hall will miss Andy as a Run Director – we got a card signed a few weeks ago, and it was only fitting the female wise owl Lesley Pymm who was doing her 400th parkrun gave it to Andy. 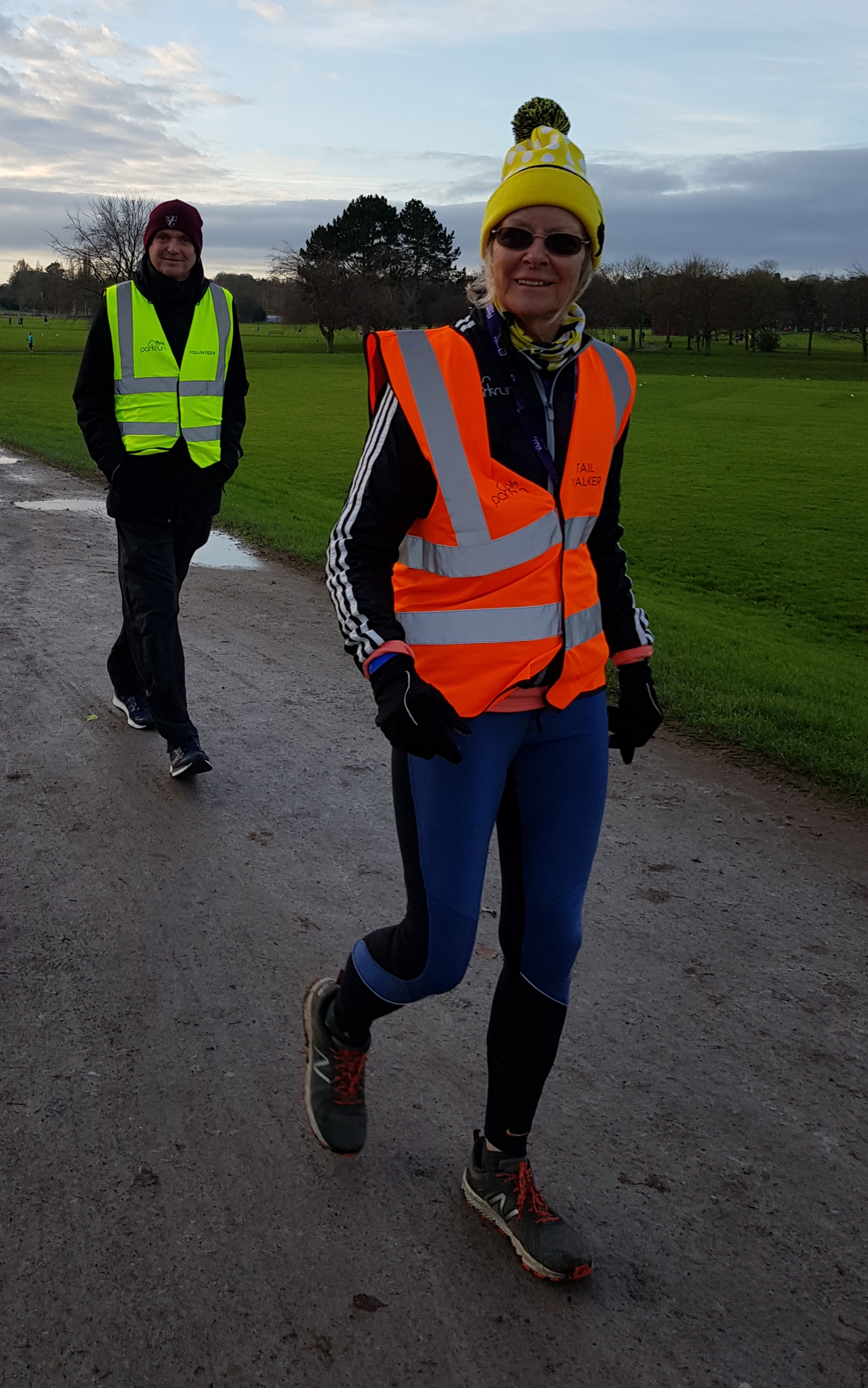 Lesley tail walking on what was her 400th parkrun

When he told the Run Director team he was leaving, there was a lot of sadness, we will miss him lots. The core team put some money together to buy him some gifts which he can keep and remember his time by.

Being the great, considerate man he is, he has offered to help if we are stuck for a one off Saturday and need a Run Director, and we will still see him at Perry Hall running and volunteering too.

Andy – Thank you for everything.

Below are Andy's words from his final Run Direct;

Saturday 7th December was Perry Hall parkrun #260, and for me was a very significant occasion being the last time as a member of the core team that I acted as Run Director. Firstly I have to say thank you to all the runners who signed the card Lesley presented to me, and those who personally gave me their thanks and best wishes after the event. I also publicly have to say many thanks to the other core team members for the lovely gifts and generous words from the bench, I was very touched by the whole occasion, and it will live long in my memory. 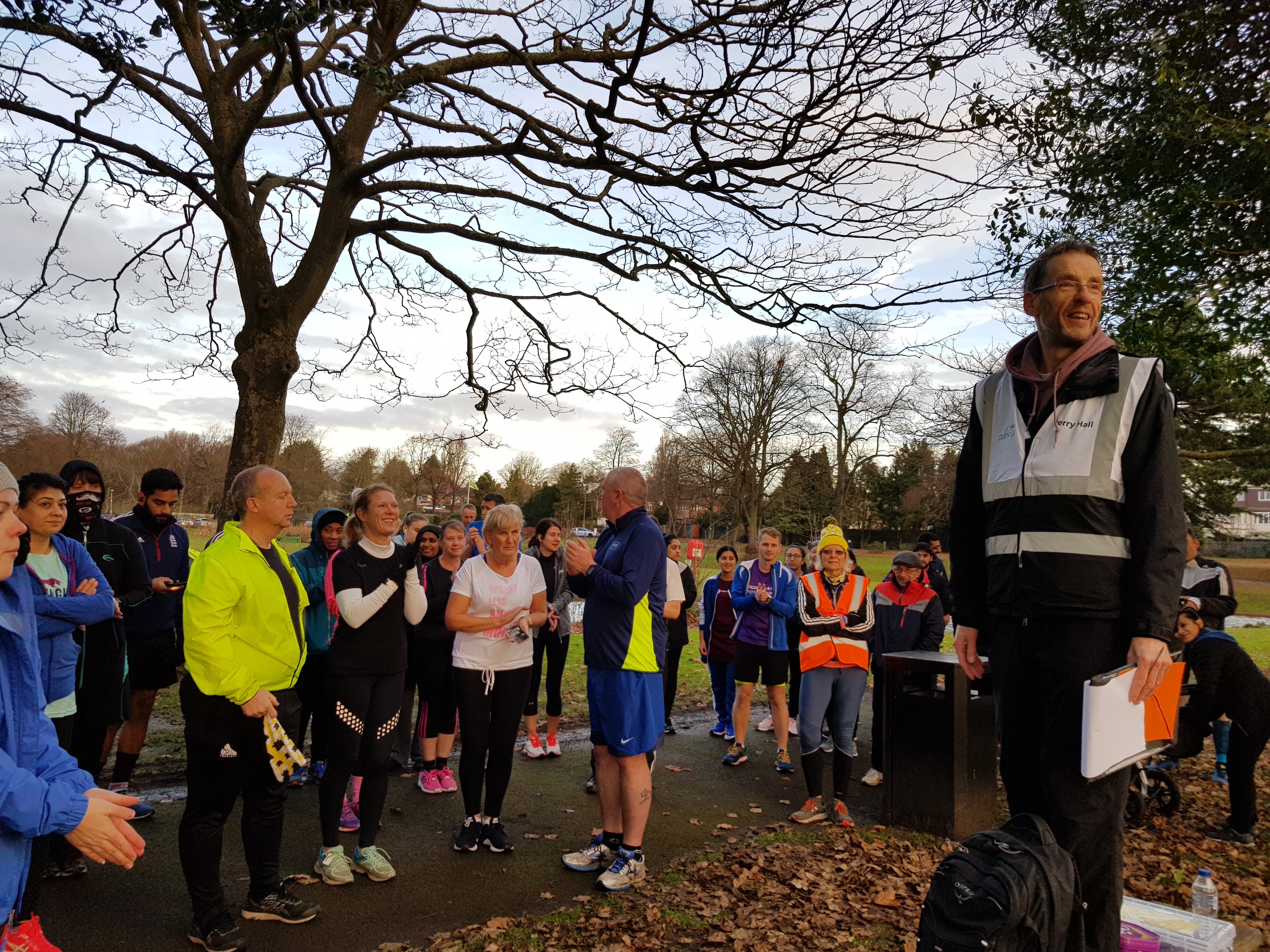 Andy delivering his final runner's briefing from the bench

I first had the opportunity and privilege to volunteer as run director on the 16 April 2016, event #76, we had 81 runners that day, now getting over 150 is a regular occurrence. When I look back to that day and the results I can see many names I now consider as friends, people who have helped build this community into the special event and group it now is. Some items clearly have changed, we now have a route based on all weather paths, long gone are the challenges of running alongside the railway into the teeth of a gale though a waterlogged surface, knowing that a second lap awaited! The technology and signs we used may have changed, however what remains consistent and I believe is getting stronger is the supportive, welcoming and friendly community established here, of which everyone should be rightly proud.

So whilst I am stepping down from the core team, you will still see me as a runner or volunteer at Perry Hall. Once more I want to thank you for the support and assistance you have all been to me, I could not have done the role without the help of everyone, and would only ask you continue to provide this wonderful support to the core team as they lead Perry Hall parkrun into 2020 and beyond.