After a deceptively cool start to the morning, the sun shone at Pomphrey Hill and it turned out very much hotter than anticipated. A lot of sweaty but smiling faces were dotted around the park, the volunteers, the spectators and especially from all those taking part. 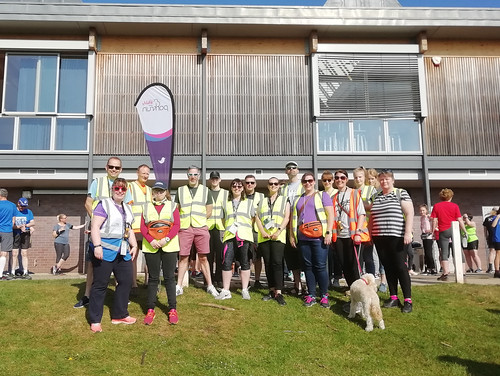 Quite a crowd gathered for the first timers briefing with visitors from the temporarily cancelled Eastville while “Love Saves the Day” occupies their park, as well as Ashton Court and from slightly further afield Monmouth. 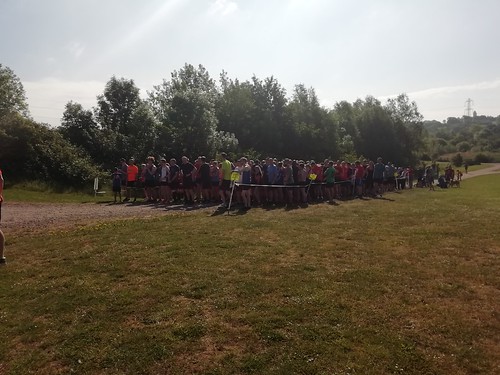 The masses on the start were attentive as we welcomed our 11 first timers and 28 tourists – thank you to those who took the time to write in our visitors book:
“I had a brilliant time! Thank you! Fenris”
And
“Visitors from Eastville park (such a long way!). Really friendly, great organisation – that hill!!!! We’ll be back. Len & Rachel”

Shortly after 9am the run was underway. It always amazes me, as I see the runners streak away into the distance, that we are just a small part of the parkrun family with several hundred events in the UK doing exactly the same thing at exactly the same time. 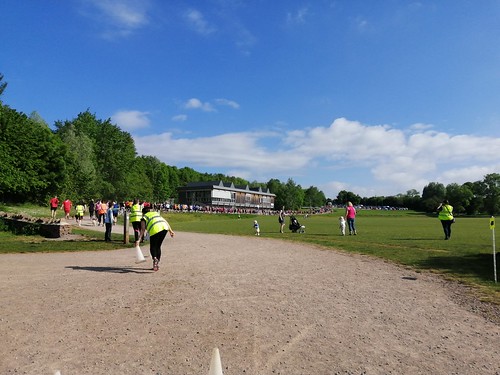 We have two traditions at Pomphrey Hill that I love, firstly we always shout “Up Pomphrey” during the briefing, and secondly, once the run has started the volunteer team, especially those at the funnel gather by the pond to cheer everyone past the pond on their first lap before we then move to the finish funnel.

With the lead runners dashing around on their 3rd lap, the timers in sync and all the funnel team ready to do what they do best, scanners stood in the shade also awaiting the runners there was no time to draw breath before the volunteers were discussing who they thought the first runner would be.

Daniel Cannon was first finisher, crossing in 17.44 – on only his fourth ever parkrun! Daniel has previously run at Eden Project, Eastville and Lanhydrock, so undulating parkruns are not unusual for him. Not long after we had the first doggie dragging his owner Phil Partridge. First lady, Lisa Newing unfortunately did not have a barcode, so the honour goes to Sarah Herbert*, another first timer at our course. Sarah has previously run at Eastville, Ashton Court, Brockenhurst, Ruchill and Exeter Riverside. 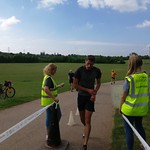 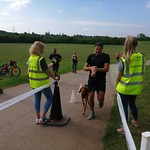 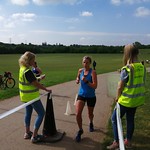 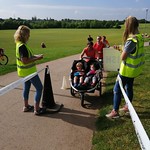 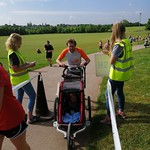 16 others were also having a great time at the park, with new PB’s – well done all. Regardless of time, 4 folks were guaranteed to have a good time. These are our milestone runners this week, celebrating a year or 2 of running parkrun. Dean Clark, Sarah Reynolds and Ian Jones all completed their 50th parkrun, while Tim Barker the only man completing his 100th parkrun. Do remember we have celebratory bibs for you to wear if you wish, to share your achievements with everyone at the park. 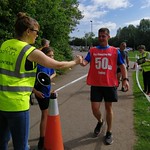 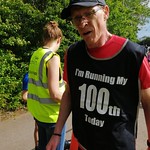 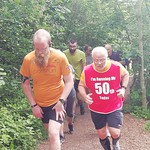 16 of our participants forgot their barcodes today, please do try to remember this scrap of paper, it potentially has crucial information about you in case of an emergency including your ICE contact and any medical information. Nationwide, there are several occasions every week where this information is used to contact a relative or friend to accompany a parkrunner to hospital. Please bring your barcode and carry it with you during the run.

Next week celebrates the first anniversary of the parkrun practice initiative where GP practices are linked up with parkruns around the country to prescribe parkrun. If you know anyone linked with a GP practice, staff member or GP please do invite them to join you at parkrun to give them opportunity to see how wonderful our event can be.

Next week we anticipate a busy parkrun again, this time due to the cancellation of Chipping Sodbury parkrun while their park has a music festival. If you can car share or find an alternative method to arrive at our park, we would be grateful. As always, we welcome volunteers to contact us at pomphreyhill@parkrun.com where we can add you to the roster. No experience required, full training is given and almost every volunteer will tell you they enjoyed the experience.

Until next time, safe running.

*A quirk of the system, unknowns default to unknown male runner.

This week 359 people ran, jogged and walked the course, of whom 49 were first timers and 53 recorded new Personal Bests. Representatives of 30 different clubs took part.