After lots of overnight rain, and continued heavy showers, conditions at Pomphrey this week were a little damp. Nevertheless there was a warm atmosphere among the volunteers and runners as is always the case. It was probably a morning for being active rather than standing around so a special thank you to this week's volunteers: 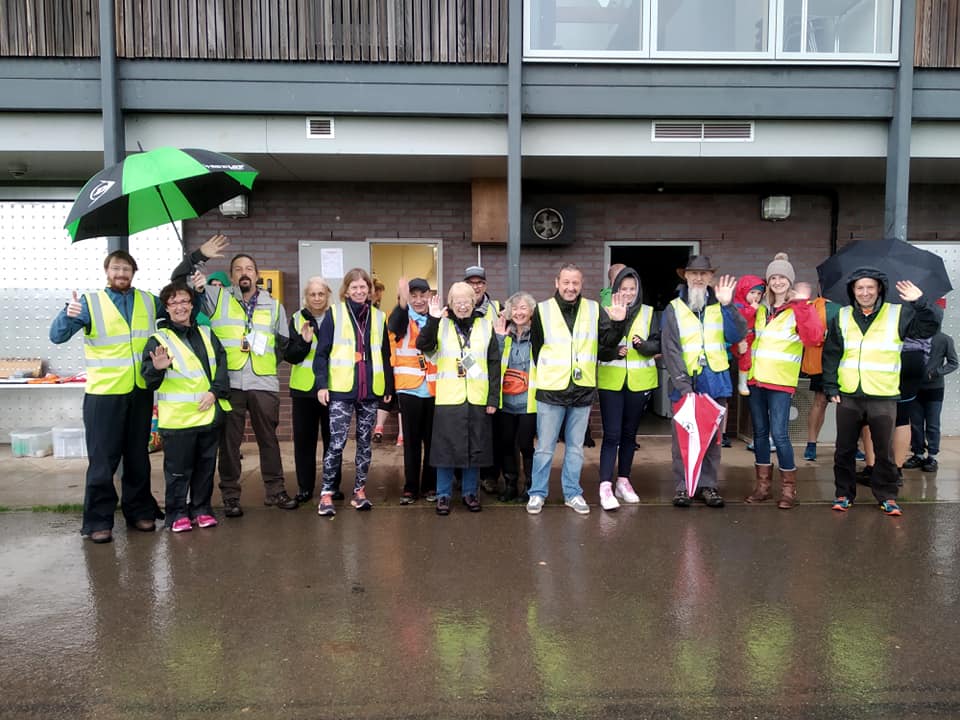 Congratulations to Lynn Davis who completed her 50th parkrun with a posse of supporters. 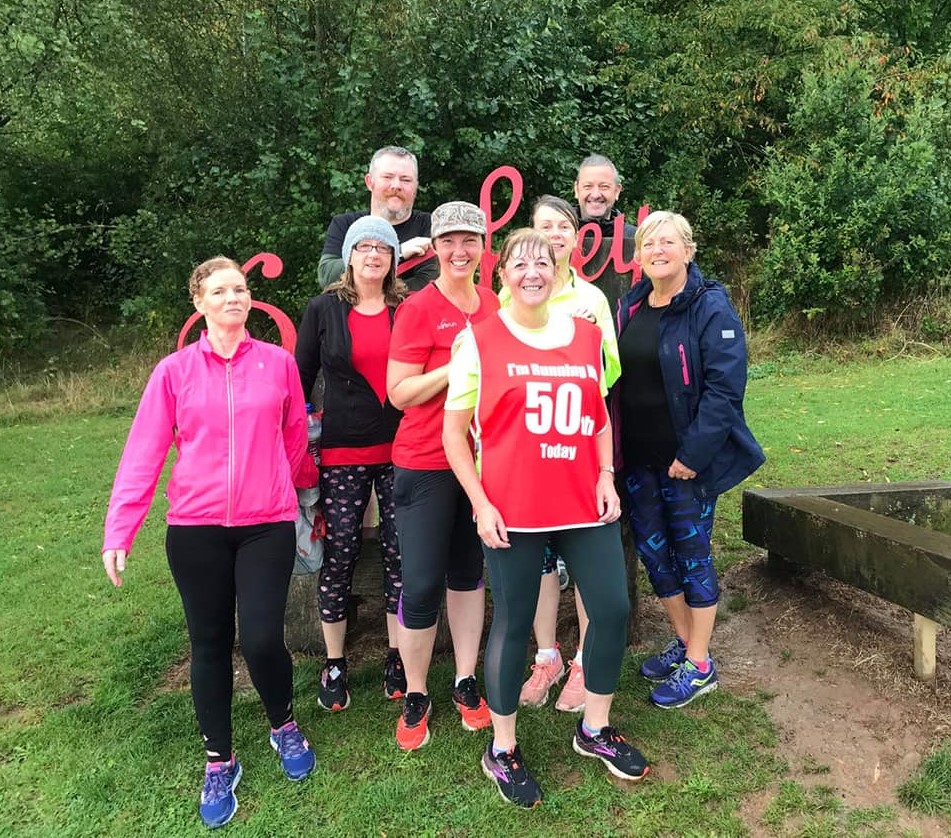 Well done Lynn, thanks for the cake, and we look forward to seeing you in your red milestone t-shirt very soon. Fellow Run Director Danny Smith also very kindly contributed some post-parkrun cake as he was celebrating his 5th birthday as a parkrunner. 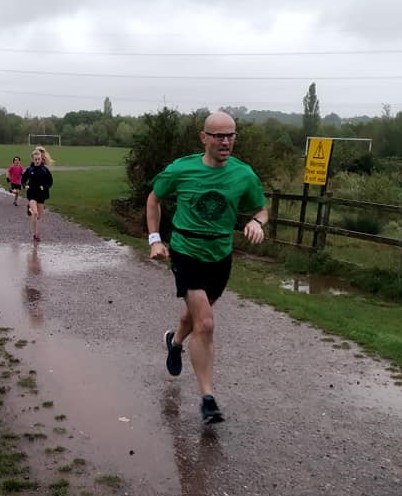 First over the finish line was Liam Wilson in a time of 17:12. 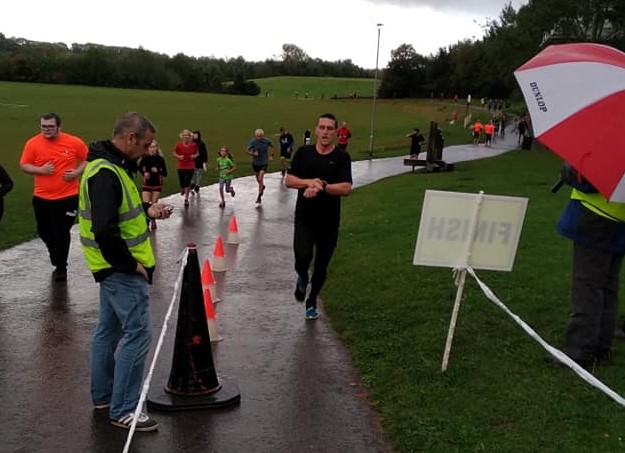 There were 26 PBs recorded with possibly the most remarkable coming from Tiernan Grimshaw. Mum commented "My son's first run as an eleven year old.  He lapped me saying 'keep right, faster runners coming through'.  Not only did he go sub-30 for the first time at Pomphrey, he got 26:24!!!  Thanks Pomphrey for the opportunity for him to run in a safe and supportive place." Well done Tiernan!

We had numerous comments in our visitors book.  'Lovely course, even The Hill' said three Black Pear Joggers from Worcester.  Vanessa from Evesham 'did not know about the hills but still loved it!'.  Three visitors all the way from Papamoa in New Zealand said they 'Really enjoyed the run!'.  Finally Steve from Liverpool wanted 'to say a big thank you to everybody involved with the pomphrey hill parkrun. I am sorry I couldn’t stay for a coffee and cake, you all did a fantastic job in very difficult conditions, and next time I am in Bristol I would definitely do it again and stay for a coffee and cake as well'.  That'll be great Steve - you bring the cake and we'll provide the coffee...

For me the most remarkable sight was that of the Active in Life Couch to 5k graduates completing their very first parkrun.  It wasn't the easiest of days weather-wise and our hill means that many think we're not the easiest of parkruns to take on.  But I heard one of the people involved with organising the C25k group saying that Pomphrey is their favourite because the atmosphere is so friendly and encouraging.  That's really good to hear and very pleasing since having them come along and push themselves Up Pomphrey! and round our course to complete their graduation parkruns is an inspirational sight for us all. 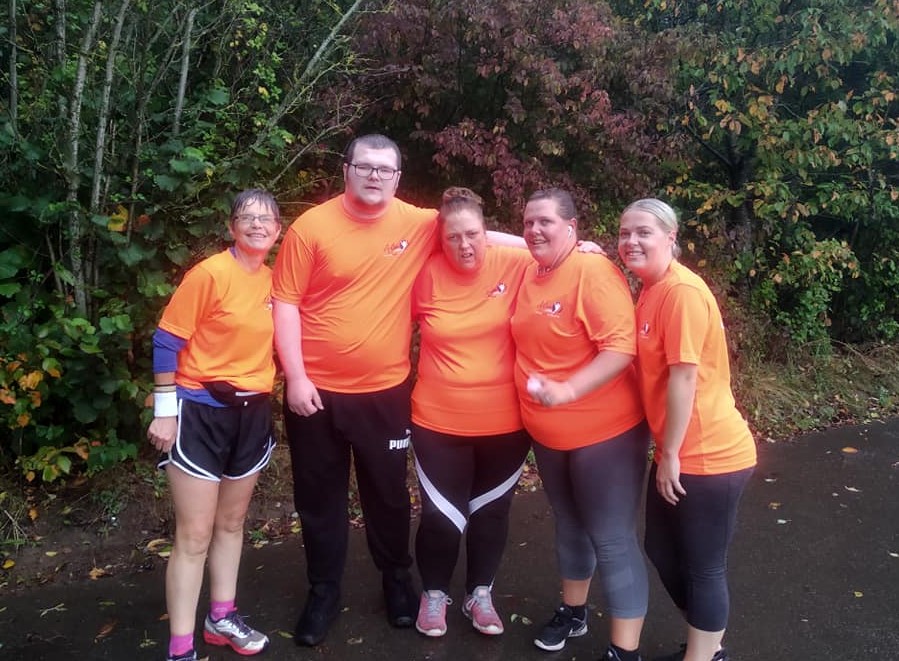 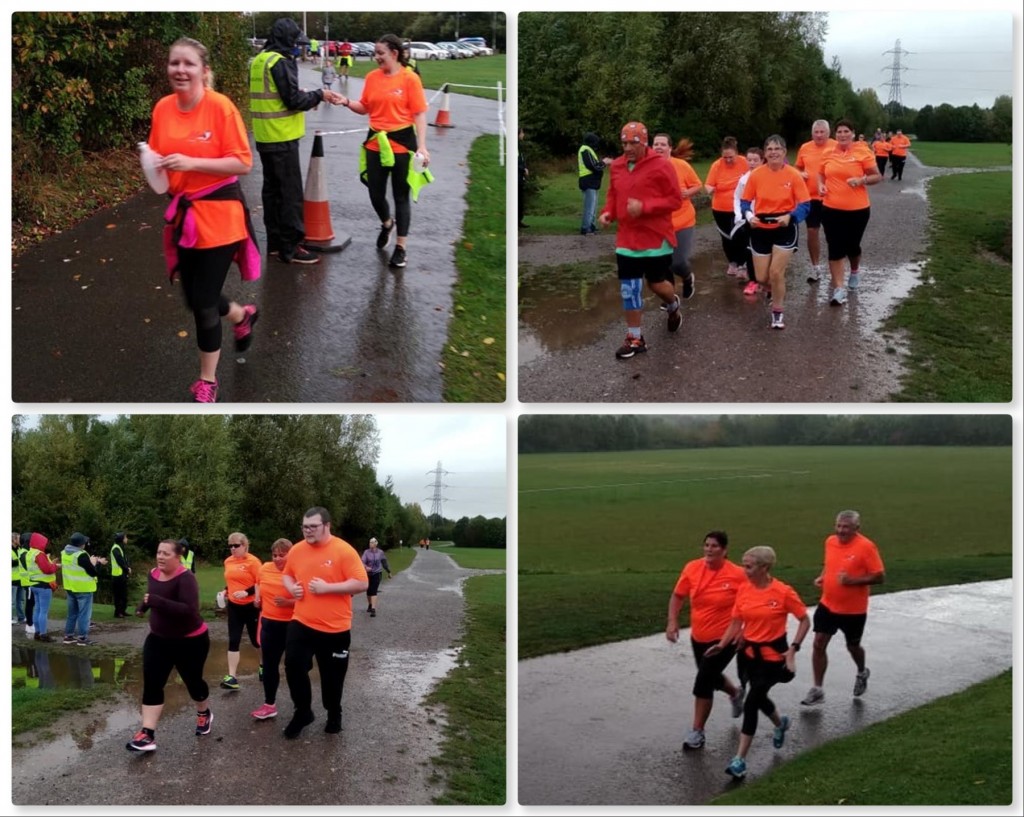 Next week we will be celebrating 15 years of parkrun. The very first parkrun took place on Saturday 2 October 2004 in Bushy Park, with 13 finishers and 5 volunteers. Now, 4,029,568 people have completed a parkrun, with 515,283 volunteers!  So join us next week wearing a parkrun t-shirt that you have earned or bought to celebrate this special anniversary. There will be a parkrun t-shirt group photo at the Pomphrey sign at 8:45am.

Hope to see you then

This week 228 people ran, jogged and walked the course, of whom 36 were first timers and 26 recorded new Personal Bests. Representatives of 24 different clubs took part.