The run report this week has been written by one of our milestone runners. Take it away Sian.

Wake me up before you go go ... it was an icy start to the day as run director Danny Smith checked over the course and a team of dedicated volunteers ventured over to Pomphrey Hill bright and early to don their hi-vis. At home I was still perfecting my blue eye shadow and putting on my leg warmers for my 80s themed 100th parkrun. Some 80s references may slip into my run report!

Get into the groove … after an incredibly prompt start at 9am, we set out on our three laps of Pomphrey, including our favourite muddy, steep hill. There were plenty of splashy puddles and increasing amounts of rain to ensure that my attempts at a dodgy 80s “perm” didn’t survive the first lap but also plenty of cheery support from our hi-vis heroes. 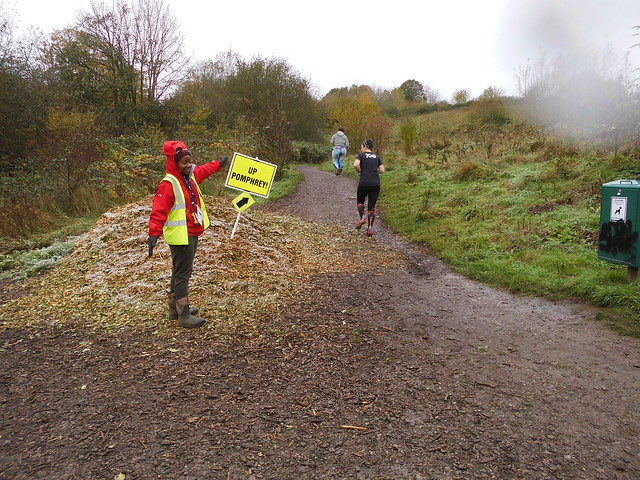 Don't stop me now ... 360 people - and some dogs - ran, jogged or walked over the finish line this morning. The fastest time was 17:04 from Johnny Suttle and an impressive 50 people set personal bests - probably eager to get to the end and warm up with cups of team and bacon sandwiches. 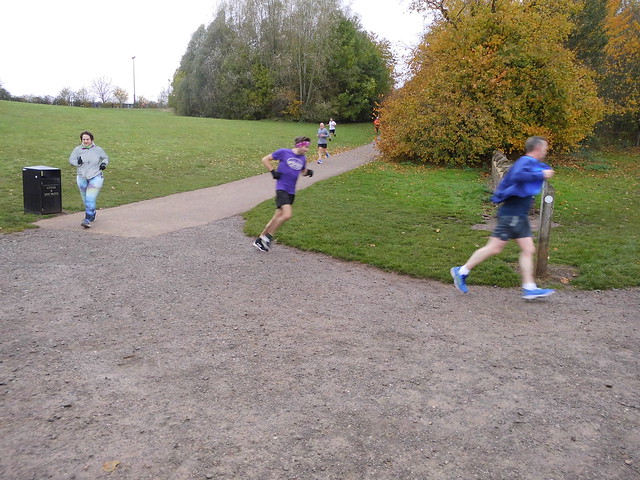 Nothing’s gonna stop us now … 32 people did their first Pomphrey Hill parkrun and 10 of those were doing their first ever parkrun. One of them was my friend Kate Marks, who has just finished a Couch 2 5k and choose my 100th parkrun for her first. I asked her what she thought of it. “I enjoyed seeing you dressed up! I didn’t enjoy ‘up Pomphrey’ but it will grow on me. And it was lovely to see such an inclusive event and have the support of a few friends running it!” 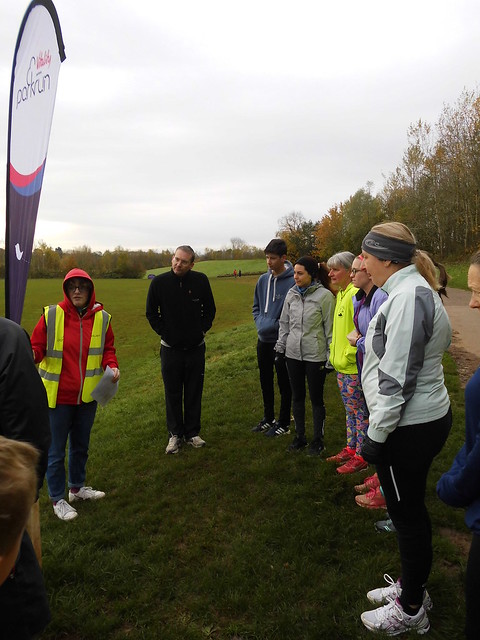 Time after time … I wasn't the only one celebrating a landmark run. I spoke to Hayden Neale-Bates who was also doing his 100th parkrun at an impressive eight years old. He was visiting from Abingdon and told me he wanted to do a different parkrun for his 100th and chose Pomphrey as it was on the way to meet his new baby brother. “I had fun running at Pomphrey. There was a lovely view from the top,” he said. It was good to meet you and your family Hayden - and thank you for the cakes.

Regular Pomphrey Hill volunteer Mike Kimber was also celebrating a landmark run, albeit not a t-shirt one. He has run parkruns in 81 different venues but wanted to come home for his 150th run today. After this morning’s run he was planning to go to the pub for a celebratory breakfast.

I need a hero ... thank you to everyone who responded to run director Danny's appeals for help this week. parkrun couldn't happen without its volunteers. If you'd also like to be a hi-vis hero please check out the volunteer page. 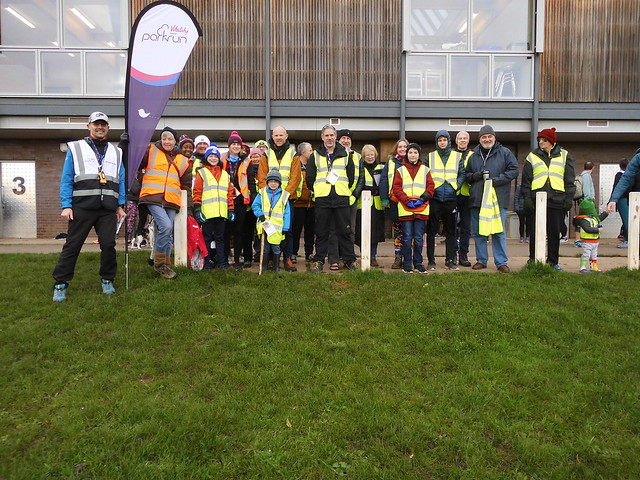 I’d like to say thank you to everyone who participates in and helps with Pomphrey Hill parkrun for being part of my journey to 100 parkruns. This run report brings me to a level 42 on my number of separate volunteering occasions, which seems appropriate as Pomphrey Hill parkrun feels like ‘Running in the Family’. 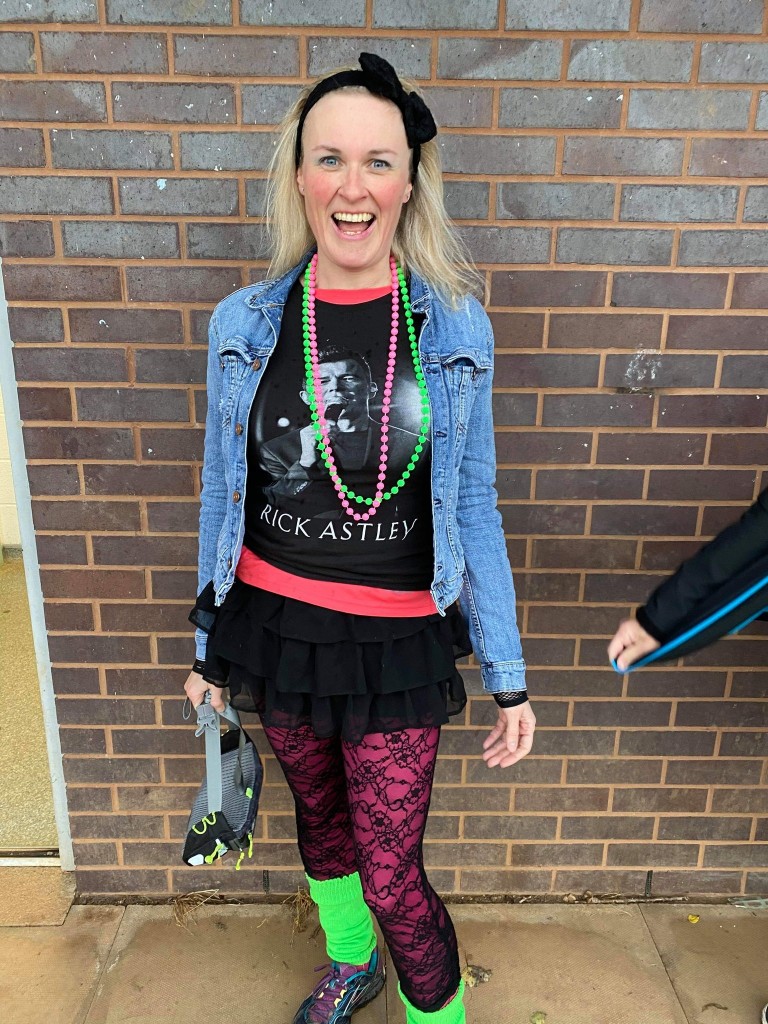 (Apologies to anyone below the age of about 30 if this run report feels like a lot of random phrases!). 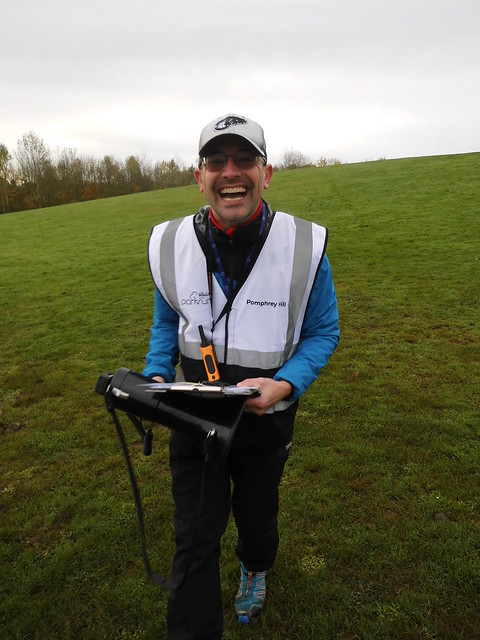 This week 360 people ran, jogged and walked the course, of whom 32 were first timers and 50 recorded new Personal Bests. Representatives of 34 different clubs took part.