What links Dashers, Harriers and Striders? They are just a few running clubs whose members joined 530 other parkrunners at Preston Parkrun today (1 Feb2020). Considering the first events at Avenham typically attracted 100 people, recent stats show the increasing popularity of this parkrun.

As 9:00 approached, people streamed from different paths to line up and wait for the starting “Parp” and soon a shuffle turned to a jog as the wide Guild Wheel Cycle path allowed participants to quickly find their own pace. 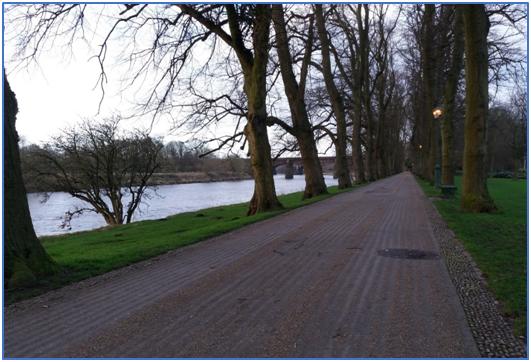 Along the River Ribble close to the start and finish of the three lap course.

Soon we approached the stiff climb up Winter Hill which lived up to its name with a blast of crosswind resulting in an inpromtu chorus of “Oooohhh” which rippled down runners like an audiable Mexican Wave. 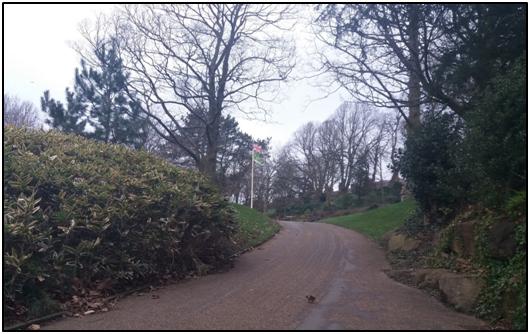 Half way up Winter Hill marked with a turn up towards to the flagpole.

Athough the climb left us quite exposed, the top of the hill is welcomed knowing this gives way to a steady downhill – on good paths with ample width for lapping, buggy runners and pup runners. 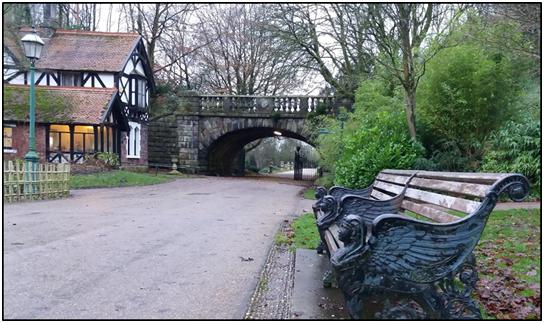 The route went under Ivy Bridge and carried on to lead us under the busy Railway Bridge serving Preston Railway Station. With a short down hill and sharp turn back under the bridge we were alongside the River again – two more laps to go.

At the flagpole for the second time, I heard a hand bell ring as the lead runners complete their 5k. The results showed Robert Holt speeding in at 17:47, a personal best for him, but I knew many more will achieve PBs and can ring the bell with pride regardless of if they came in “sub 20” or upwards of 40 minutes. The joy of parkrun is doing well regardless of speed - sharing that experience makes the celebration all the more enjoyable.

Eleven pacers supported this run, with acknowledgements and thanks already posted on Preston’s Facebook page for these and the other volunteers who make this event happen.
David Wright ran his 250th event and will soon be sporting his green 250 t-shirt whilst five milestone runners will be eagerly be awaiting delivery of their red 50 t-shirts. We hope the thirty-nine runners, joggers and walkers new to Preston enjoyed their experience and will return again.

My photos were taken a dawdle around the route after the mayhem, if you want to see the Preston parkrun paths populated with smiles, Steven Taylor covered the event and his images can be seen here: https://flic.kr/s/aHsmL7VsgX