Preston Park parkrun, Brighton is cancelled on 30 May 2020: COVID-19 (Coronavirus)

This week the lockdown rules were changed and we are now allowed to take unlimited outside exercise (I was struggling enough to keep up with once a day!) and can meet one person from outside our household to exercise at 2m apart - I think?

So I arranged with another PP parkrun regular to meet up for a freedom run this morning as we have both struggled a bit with motivation. I set off a little early, having given myself a good briefing to keep 2m apart and practised dodging people on pavements - I wanted to get a few extra laps of PP in before. And so began a game I like to call Spot the parkrunner!

First up, I could see in the distance what I thought was a Contra top - could I catch up with it? Yes! Turned out to be Jason. Points Total 1

Next, as I entered the park at monument corner, I saw a familiar face and founder of PP parkrun, Adam Penwarden (co-ED). Points Total 2

(I'm only counting points for each different PP parkrunner, not each time I saw one otherwise I would break the scoring system!) 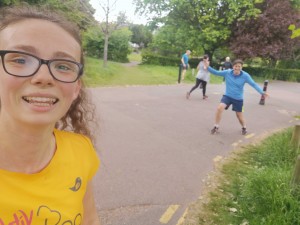 Then came Lou (Points Total 4) and we set off for our freedom run, taking in the newly filled in potholes along the paths (thank you B&H council!). We saw Chris steaming along from the u-turn - he even managed to be sensible for the camera! Points Total 5 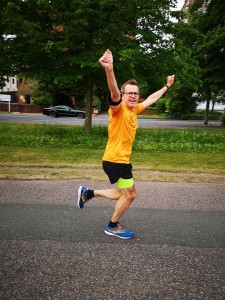 By this time, Adam had given up on running and instead opted for a socially distanced coffee from the coffee van that happened to be at the u-turn. It was always about the coffee anyway.

We were cheered over the finish line by Nicky, Angie and Chris who were socially distantly chatting with Elvia at the cafe. Points Total 8 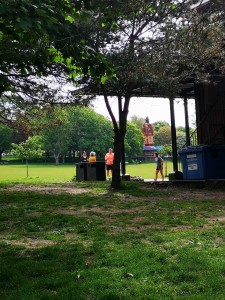 Finally, I decided to treat myself to post-not-a-parkrun pastry from a local store nearby (other brands are available) and continued my game, spotting John Jaap (a full collection of EDs, surely that's a bonus point?) and Jacquie also collecting bits after their runs. Points Total 10 +1

And so I finished the morning on 10+1, very happy, slightly sweaty and ready to face the day. A small amount of normality (running in PP on a Saturday morning, seeing familiar faces) mixed with huge amounts of abnormality (definitely not 600 parkrunners, no megaphone, no cafe and no hugs!) Although we cannot be together physically at the moment we are definitely still together in our parkrun community, all around the world. 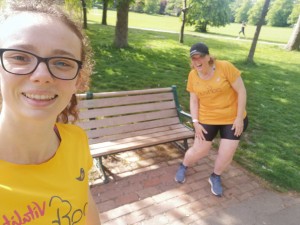 Inspired by Kevin Walker's post on our facebook page, I started looking at the history of the park.

The park and all the surrounding area was owned by the Stanford family, who lived in Preston Manor, and due to restrictions in William Stanford's will, it wasn't possible to sell any of the land until an act of Parliament in 1871 and from then onwards tracts of land were sold for housing.

William Bennett-Stanford started to develop the area of the park as enclosed pleasure grounds but in 1883 the council purchased the area for £50,000, this and £22,868 for the initial layout were funded with a bequest from a local bookmaker, William Edmund Davies and the park was formally declared open on 8 November 1884.

The velodrome was the first in the UK and is the oldest in the world that is still in use and is the longest in the UK at 579m - the unusual shape is due to the fact that there weren't any international standards at the time - these were introduced after Olympic track cycling became popular after 1900 and early velodrome came in all shape and size.

Originally the area was a polo ground when owned by the Stanford family and the cycle track as dug out by hand by the army, the first races were in May 1887 - entries were 2 shillings (10p) and prizes of up to £7 were awarded!

As the safety bicycle (driven by a chain rather than the more dangerous Penny Farthing) were first made in 1885, the velodrome must have been at the forefront of bike racing at the time.

The Chalet cafe was built in 1887 with the upper rooms housing the park police and the clock-tower was unveiled on 17 June 1892.

The park has 2 connection with tanks - for about 20 years for 1920 a WW1 tank was there, a gift to the town in recognition of Brighton's contribution to the war savings campaign.
This must have been a common thing - my dad recalls playing on one in the park where he lived in Worcestershire - he particularly remembers it becasue as an 8 yrs old he fell of it and split is head open, going home covered in blood! Probably they were removed during WW11 for the metal to be re used.

The interesting fact that Kevin drew our attention to was the tank waterproofing testing tank that was build just north of the tennis courts - roughly where the fitness group normally are when we're running on a Saturday. 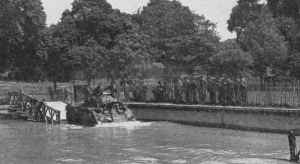 The aerial photo taken of the park in 1946 shows the tank and also that the top field was taken over for use as allotments as part of the Dig for Victory campaign. 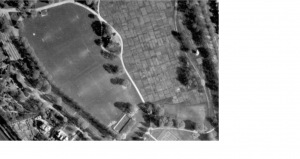 That's the end of the history lesson! Info collected from Wikipedia & Brighton Museums.

Best wishes to all, hop you are keeping well.

Hi all, we're doing our best to keep in touch with facebook posts, please share your thoughts and experiences on there, we're open to suggestions!

Let’s start by looking back to this week in 2014 - we were coming toward the end of our first year and had a record attendance of 329 finishers (our current record is 867!) including 9yr old Kit Monti running his 50th.

In 15th place was Bill Mullett who finished his one and only parkrun in 19:54 breaking Andrew Haig’s VM65-69 record. This is currently held by Pete Witcombe with 19:18.

Moving on to the current situation, since last week, the only change is that all parkrun events worldwide have been cancelled until the end of April, possibly beyond then but that’s all that has been confirmed so far.

Hopefully many of you will still be out running, I’m working from home now which means it’s easier to go for a run at lunchtime so hopefully by the time we can run in groups again I’ll be a bit closer to my PB.

parkrun HQ have been busy with ideas to keep us engaged with the weekly on-line quiz - week 1 was hastily created in a day and there were separate versions for Asia Pacific, Europe and USA but now it has settled at 8pm on Friday so that it’s in daytime for all regions. You don’t have to be an expert, some questions you might know the answer if you’ve been parkrunning a long time but others can only be a best guess, for example ‘How many people in this photo!

The quiz and other items are on https://www.youtube.com/c/parkrunglobal.

From Monday there will be parkrun themed ‘School of parkrun’ homework to keep the kids occupied https://blog.parkrun.com/uk/2012/03/27/the-school-of-parkrun/.

There are 2 weekly parkrun podcasts which will fill up an hour or so each - With Me Now https://withmenow.libsyn.com and Free Weekly Timed http://www.freeweeklytimed.com which have included interviews with directors and staff and If you want to catch up on some history, the parkrun show was the original pr podcast from 2011 to 2015. It’s amusing now to hear presenters getting excited because there were 10,000 runners worldwide! I think they knew that we would grow but I'm not sure if they knew just how much. http://parkrun.libsyn.com

Finally, when you’re out running, please try to say Hi, or give a nod or a wave to runners and walkers – if they are self isolating alone your cheerful greeting might be the only contact they have all day.

At 9.00am on Saturday I joined in with the parkrun quiz with over 2700 other parkrunners. I am not going to tell you how badly I did. The questions were really hard and I guessed every one of them so my score wasn’t surprising. But, it wasn’t about getting the questions right, it was about connecting to others and being part of a running community that can’t run together. It worked.

An hour later, with the sun shining and a cold wind, I went for a run. As I ran towards the park I wasn’t sure how I would feel, but as I made my way down London Road I saw other people out on their run and we smiled and said good morning. I met a friend and chatted from a distance as we did a couple of loops around the park, there were a few other people running (some familiar faces some I’d never seen before) that we greeted as we ran past. The flowers are beginning to show their heads and the magnolia tree is magnificent; spring is coming and the world is still turning. This morning wasn’t my normal Saturday morning and I did feel a pang for my missed parkrun (it would have been my 250th – just saying) but I still felt part of our parkrun community.

While we don’t know yet how many non-run reports there will be we do know that we can still be a community of runners who don’t run. We can share our successes through facebook. We can smile and wave at others when we’re out on our solo runs. We can feel connected knowing that while we might not be sharing our post-run drinks together, we are all still enjoying those post-run drinks. So on a Saturday after your run have a virtual cuppa with us and post your pictures on our facebook page. It would be great to have a virtual cuppa with you. 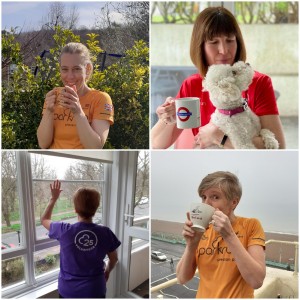 Also, if you’d like to share a photo or story of a running (or non-running) success or memory, please do through our facebook page or via email. We’d love to hear them.

Just for a bit of fun, I have posted a photo of one of our run directors as a child. Can you guess who this is? 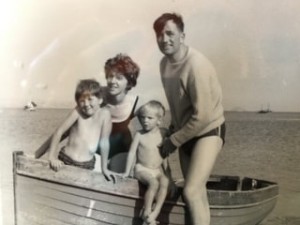 The latest update from parkrun is now live at http://parkrun.me/covid19.

Summary - All parkrun events worldwide are cancelled until at least the end of March.

Please do keep running, but NOT all together at 9am on Saturday, this gives a risk of spreading the virus and will give the public the idea that we haven't cancelled - they won't recognise the difference between and organised event and an ad hoc one!

We'll keep you updated with regular facebook posts,if you know people through parkrun please check on them in case they need shopping or a bit of support.

See you back in the park in a few weeks.

Thanks for your support