It’s been said before that a lot of people visit Queen Elizabeth for a Q, the only Q in Great Britain. And as frequent tourists, we meet a number of people who talk about coming to QE, or having enjoyed QE. It’s a destination parkrun for tourists and alphabeteers. And indeed, the much newer parkrun of Queen Elizabeth Casino, that started on 22 June this year, is a similar destination parkrun. As Qs, we are in rarefied company as there are still just 7 Qs: 4 in Australia, 1 in NZ, 2 in the UK.

Given home is a destination parkrun, it’s always interesting to talk about the parkruns that I want to do, and top of my list since the 22 June has been Queen Elizabeth, Casino. I happened to mention this in a message to parkrun Adventurers podcast host Melissa ERBACHER – who exclaimed that she was visiting on the 21st. I immediately cancelled all our plans and put in volunteer requests for home, and wildly we decided to parkrun *together* each at a Queen Elizabeth and both dressed as queens.

Sometime early on the Saturday morning, when it was certain that this WAS going to happen, the QE C team, led by ED Jason SKIMMINGS received both an email and a message asking them to wave at the QE parkrun: 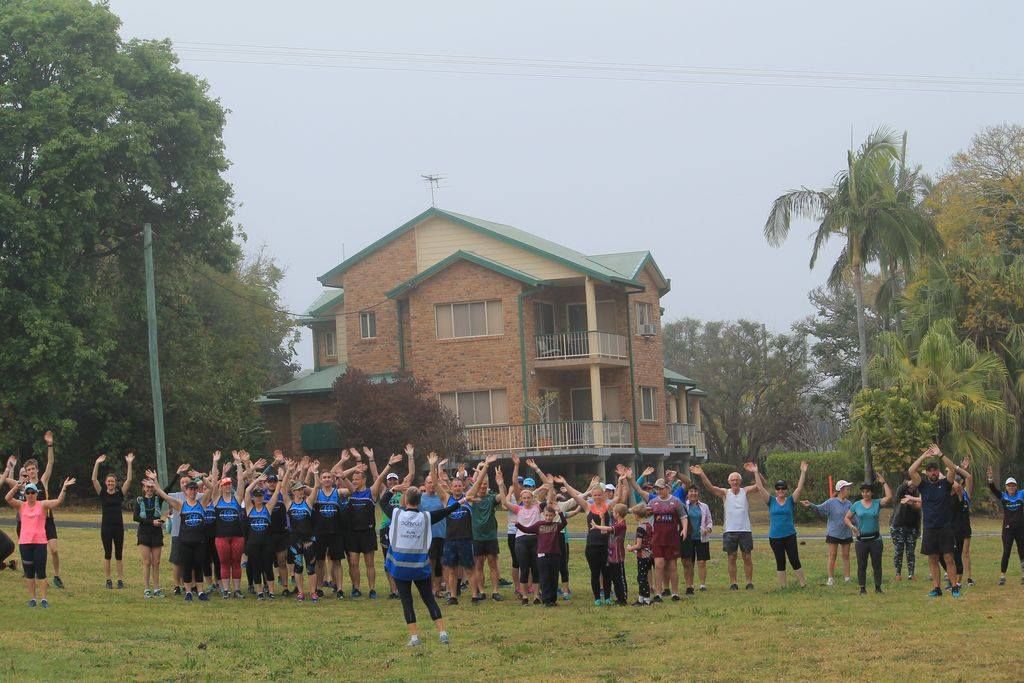 and James LEIGHTON, RD at QE was asked to reciprocate. 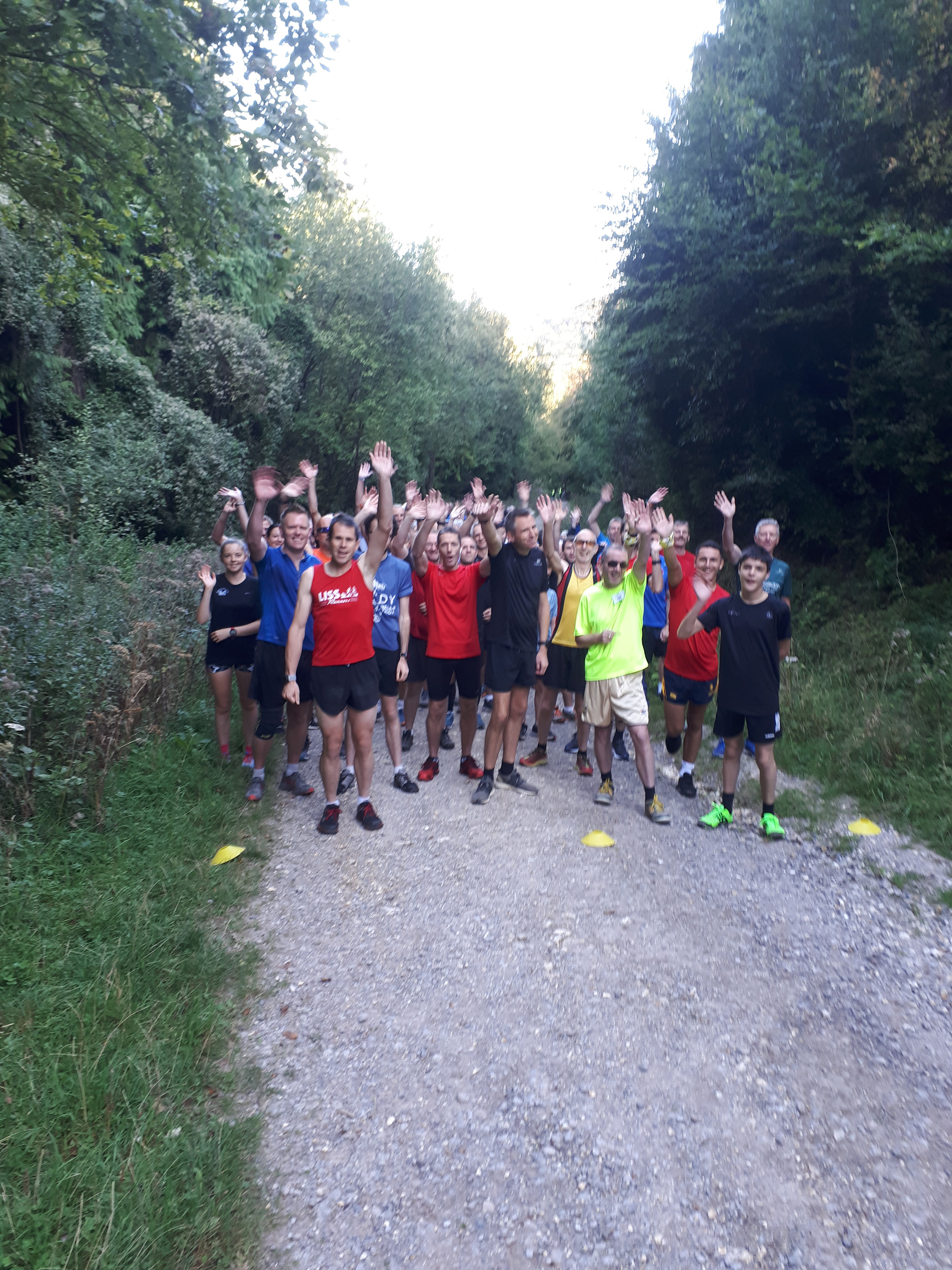 Since we connected, and ‘ran together’ here are the run reports in time order:

Queen Elizabeth Casino #13
Situated in a picturesque, rural town, Queen Elizabeth parkrun, Casino takes place in a park located in the South East of town. Easy to find, a parkrun feather flag positioned at the entry to the park signals you have arrived at your destination.

The thick morning mist hung low over the park and surrounding fields, making the gathering parkrunners and volunteers appear soft and slightly blurry around the edges. The temperature was cool for an early Spring morning, though comfortable for those royally attired. As the morning wore on, the mist lifted and participants were treated to a spectacular day. 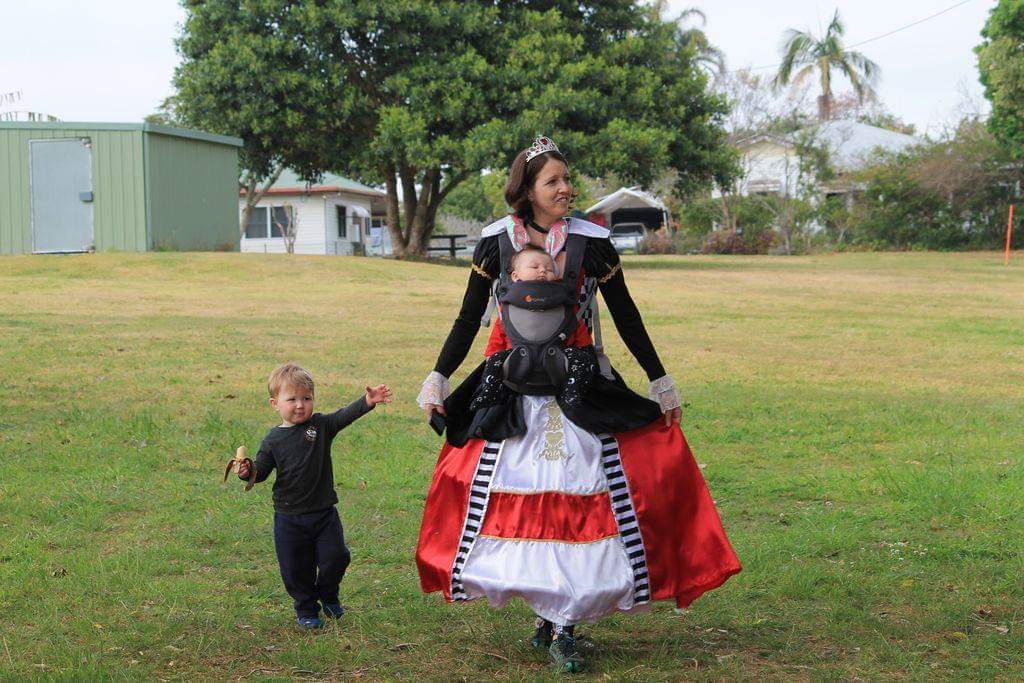 Queen Elizabeth parkrun, Casino is run on a mixture of grass and trail through a section of park and looping twice around the perimeters of local playing fields. Elevation is approximately 65m overall, and the first and final section enjoys the shade of tree canopies, while the ovals are quite sunny and exposed. It is what we would classify as ‘pram-doable’ rather than ‘pram-friendly’, and if you’re going to attempt it, a running pram with big wheels that is suited to off-road work is recommended.

9 fabulously friendly volunteers welcomed the crowd and made the event run seamlessly. Run Director for the morning, Michelle BRATTI, delivered a heart-felt Acknowledgement of Country recognising the traditional owners of the land at the commencement of the pre-event briefing.

On an average week the event sees participation rates of between 40 and 55 parkrunners. This week however the numbers doubled, with 47 first timers to the event, 35 of whom were adventurers, and a further 12 completing their first ever parkrun. A large contingent from the Queensland-based running club, The Redland Plodders, contributed to the spike, and representatives from the Aussie Peakers, Be A Runner, Sharks Triathlon, and Derek Zoolander Centre For Kids Who Can’t Run Good clubs also took part.

If you visit in the Spring you may be lucky (or unlucky as the case may be), to encounter magpies in residence on the course. Male magpies are notoriously protective of their territories during nesting season, can and do aggressively swoop trespassers to the area, and have been known to cause injury to those who cross their path. I did happen upon such a creature as I navigated the course - fortunately for this Queen, Mr Magpie seemed too bemused by my attire to consider me a credible threat, and I was allowed to pass without harassment.

Queen Elizabeth #337
The Queen Elizabeth country park is located 3 miles south of Petersfield in Hampshire, and is unusual in not being in a built up area. It’s off the A3 dual carriageway which connects London with Portsmouth and the parkrun is beyond the visitor centre with the closest parking being the Gravel Hill carpark. There’s now a parkrun pop up indicating the path to the start – be ready to walk up to the meeting spot and then to the start itself.

It was a lovely Autumn morning – cool in the shadows but warm in the sun. The trees are not properly turning yet – and the top of the bigger loops isn’t covered in lethal beech leaves – but there is certainly a change in the weather and the path is finally damp again, though there are no puddles yet.

QE is known as a hilly course, with elevation of approximately 108m and is run on a mixture of stone chipped path, slippery grass and clay on top of chalk. It is not the best choice of parkrun for a nervous new runner in road shoes and like its Australian counterpart, it is ‘pram-doable’ rather than ‘pram-friendly’. Notably this week there were two (single) off road pushchairs, both of which completed the event in excellent times – well done. Once the winter rain sets in, note the mud factor in the run reports to assess confidence in a wheeled visit.

This week we equalled our “not a new year’s day” record of 167 runners, in part due to two local cancellations, Alice Holt and Hogmoor Inclosure. The cancellation at Hogmoor was a late one following the discovery of a WW2 bomb very close to the parkrun route! To add to the fun, it was Oxfam’s Trailwalker event which put a lot of pressure on entrance to the park and safe arrivals at the car park.

We had 16 volunteers this week making sure that we kept turning right and kept in order: thank you to all of them, particularly those standing in the very chilly finish funnel. It’s certainly time to get the woolly jumpers out. We welcomed 5 brand new to parkrun runners and a further 77 running at QE for the first time. Just 10 PBs – with a particular well done to Claire WRIGHT returning for her second run here and scoring a PB. 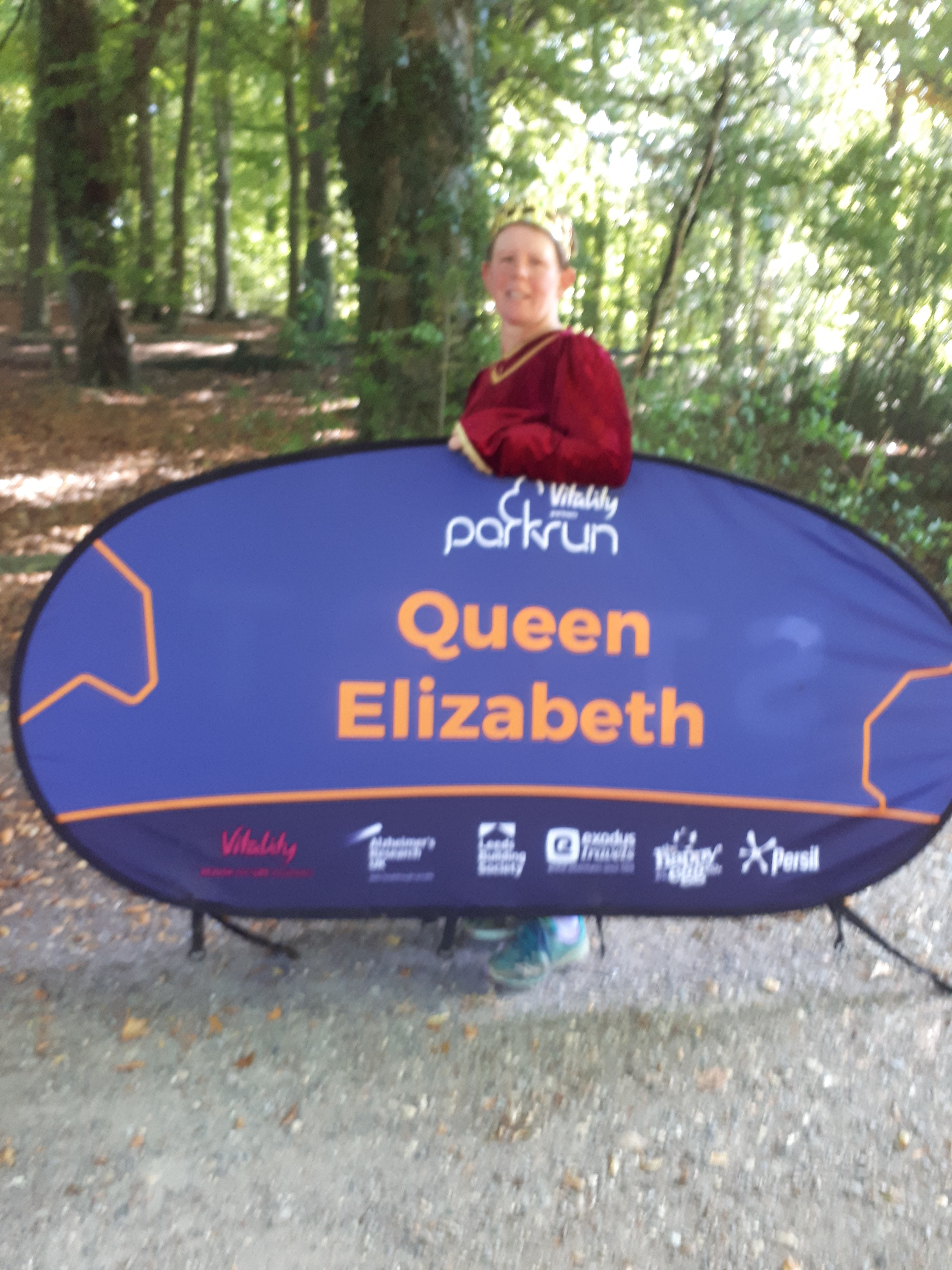 I hope that this rather long report has given both QE’s a flavour of the other – and there is a challenge set for parkrunners to complete both events! Thank you to all who cheered the queens and to the EDs and RDs for their tolerance when presented with wild ideas. Thank you also to parkrun for giving us the opportunity to create friendships across continents.