Leap day dawned, the first time you could complete a parkrun on Leap Day (the next opportunity won’t be until 2048). It has been raining most of the night and was still raining in the morning, but that wasn’t going to stop me traveling to Queen Elizabeth parkrun. I was hoping they wouldn’t be forced to cancel, I mean not only was it leap day, it was the Q for my alphabet, but more importantly a parkrun named after me could not be missed (yes my first name is Elizabeth I was named after our esteemed Queen although I’m known by my second name). Anyway it’s 6.30 am and I have a 1 hr 30 min drive ahead of me, I would get there in good time, at least that’s what I thought until the UK car park from hell otherwise known as the M25 decided it would shut between J8 and J10 !!! Diversionary tactics were called for and 2 1/2 hrs later I made it just in time to see the runners starting.

Off I went, little was I expecting that hill at the start but at least it had stopped raining. I joined up with the tail walker Ivor (also an RD at Queen Elizabeth parkrun) who was fantastic. Being on the tail end of a bout of flu, I got to that first corner thinking I was never going make this. Ivor was having none of it I had come all this way I was doing this!! He was brilliant he told me grass was my friend, that’s when you could find it. We chatted all the way round about all things parkrun and about how the nature of this course varies dramatically depending on time of year and the weather and I had my first experience of skiing in mud and puddles which were deep and everywhere so there was no way to avoid them. So, I slipped and slide-ed my way around the first loop only to find myself at that dreaded hill again only this loop and that hill was longer.

The course was very well marked with two fantastic marshals along the way who despite the cold and now the wind was starting to pick-up, still smiled and cheered us on. At the top of the dreaded hill was the most beautiful view which I’m told on a clear day you can actually see the Isle of Wight, but although we couldn’t see that far today the view was still spectacular and well worth the climb. Then we descended back into deep mud pits and puddles with me sometimes not so elegantly waving my arms around to keep my balance and not slip over!!

Luckily for me I made it to the finish with Ivor without slipping over and completely embarrassing myself to find a very welcoming group of volunteers, timekeeper, finish tokens, scanner and a very relieved RD, Marie, that I had firstly arrived safely given the travel issues and then got round this beautiful, muddy, soggy course in one piece. Some of the volunteers laughing asked me how I had managed to stay so clean (soaking muddy socks and shoes with some up my legs didn’t seem to count) I think the answer to that is I wasn’t brave enough to run at all in that mud and those puddles. That I feel is best left to the expert parkrunners at Queen Elizabeth parkrun.

We all retired to the coffee shop to warm up and grab a well-earned coffee and PB (no not personal best, this as I explained to Ivor has been redefined as parkrun breakfast).

Would I come back? Absolutely I would this is not just a Q for your alphabet but one you need to visit in different seasons and weather to fully appreciate its beauty. The team are warm, caring, welcoming and just wonderful. Thank you not only to the all volunteers today but all those who work so hard answering emails, doing social media and all the other background tasks you so rarely hear about. 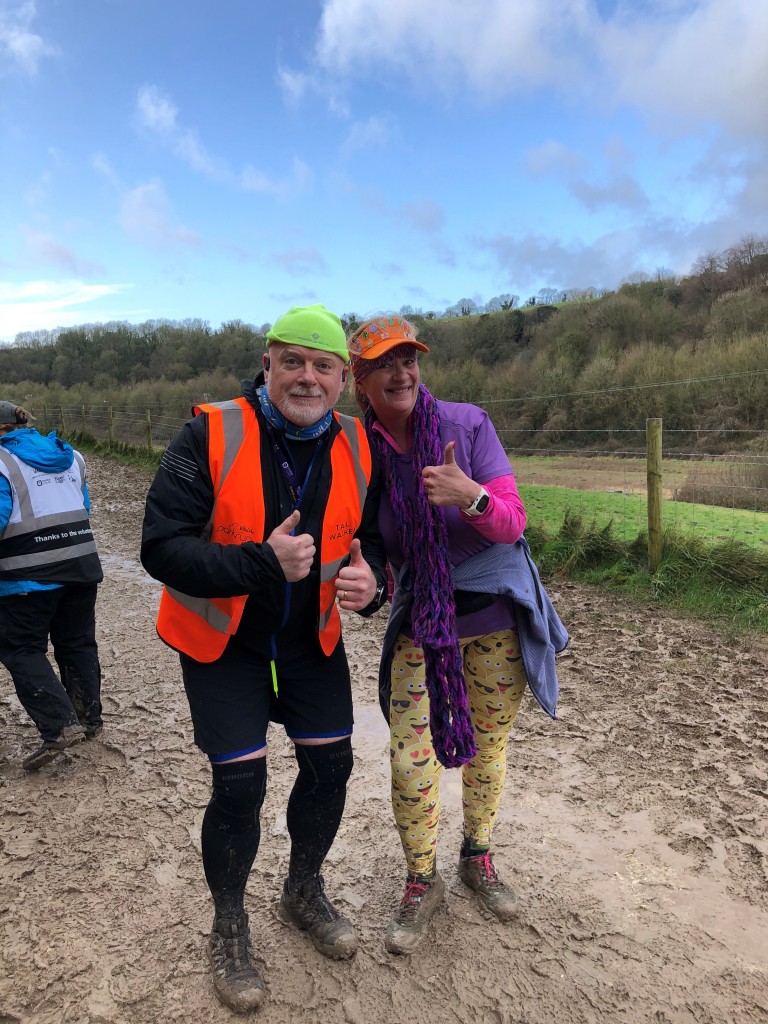