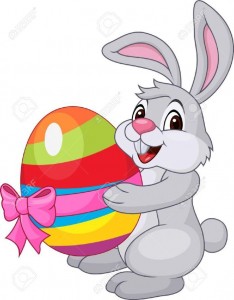 The Easter bunny has been super naughty this year and he's hidden 20 chocolate eggs around the parkrun route.
All you have to do is pick a Grid reference and email us at
redcar@parkrun.com and we have a spread sheet to enter your name.

The results will take place on Easter Sunday at 1pm 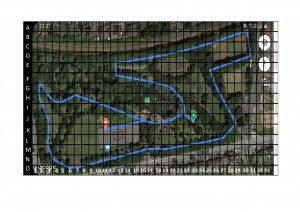 Here we go our VR Easter Egg Hunt
All you have to do is pick a Grid reference and email us at
redcar@parkrun.com and we have a spread sheet to enter your name if that spot is taken we will let you know
No Twitter or Fb entries just email

The following people are the most important, because without them the 151 people would not have taken part in Redcar parkrun.

Now for a few stats.

Brian CHINNOCK - 156 runs at Redcar out of a total of 205 parkruns has completed an amazing total of 507 total volunteer roles including 19 different roles with a staggering 329 Pre-event Setups and 62 as Run Director.

This week first across the post was Tom DANBY in a time of 16:42, Paul is a member of New Marske Harriers AC and has run 48 out of his total of 81 runs at Redcar.

The main stats are as follows: -

Now to Highlight just 3 of the people who took part.

Most runs Complete was Eddie MEEHAN with a total of 545 with 7 done a Redcar, Eddie has run at 21 different parkruns as far afield as Singapore and has the V25 shirt with a total of 42 total volunteer roles.

Diane HALL a regular at Redcar completing 298 out of her 361 here, also amassing a total of 51 different parkruns all in the UK and has the V25 shirt with a total of 191 total volunteer roles.

Position Token 100 take us to Michelle Dale who normally runs at Darlington South Park, she has completed 8 different parkruns this year and is now entitled to join the Tourist Group and wear the Cow Cowl, and has the V25 shirt with a total of 33 total volunteer roles.

In the first 50 of today runners only 11 of them have the coveted V25 T-shirt. So, remember the names at the top and ask anyone of the them how to volunteer and what is involved, like setting the course out, First Timers briefing, sitting down after the event in the Bowls club with a cuppa and sorting out the tokens, somebody has to do it so that they are already for next week.

As a first timer to you lovely park where the parkrun takes place with quite a few twists and turns. The course is very well marshalled, unfortunately there was a considerably amount of chit-chat going on whilst the important RD briefing was being carried out. There is loads of parking, at the adjacent College.

If you see somebody struggling ask them if they are alright, and offer them encouragement.

Will definitely pop in again when UP North and see the park in all its glory with the flowers out.

As you have all heard by now we are having to cancel parkrun for the next two weeks, don't worry we will be back as soon as we can.

What a fantastic turn out for International Women's Day, there was a wave of purples and pinks floating around the park. 49% of the runners were women. A huge thank you goes to Redcar Sisters Running group who did a fantastic take over this weekend, I wonder who will do the next take over? It was great to see the pacer event take place again and we are hoping to start doing this on a more regular basis now we have our new pacer bibs.

Just recently we have been having runners take home the tokens given out at the end, so please make sure you don't take it home. It does cause us problems in the timing department and also only cross the finish just the once PLEASE!

The corona virus is becoming wide spread now and in certain countries, the parkrun HQ  have made decision to cancel certain events due to the high volume of people taking part. We've been informed that they are closely monitoring the situation in the UK and will let us know if events may have to be cancelled. Let's hope not and remember to get those hands washed.

Anyway its nearly the weekend so we will see you you all Saturday bye, for now, the Admin

This week 244 people ran, jogged and walked the course, of whom 31 were first-timers and 33 recorded new Personal Bests. Representatives of 17 different clubs took part.

The event was made possible by 42 volunteers:

Yet another Saturday where we dodged a storm with Gorge arriving on Saturday afternoon so although it was a cold one we missed the worst of the weather.

Countdown has begun to #IWD and our first purple pacer event we coincidentally is also the chosen colour for #IWD so we'd love to see lots of you sporting purple if possible (who's got a volunteering shirt?) The Sister's R Doing It are doing a parkrun takeover in celebration of the event and we have the following people pacing: 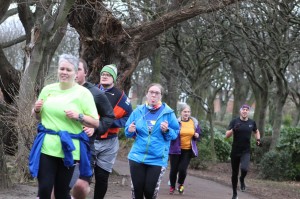 Now Bri loves his stats and he's been looking at the split between women and men and this week we had 78 women to 100 men with an 71/81 split the week before and 91/48 on the 14th Feb and 80/68 on the 8th Feb so come on girls #thisgirlcan let's turn those tables this week and March into the new month in full force. #IWD and #Thisgirlcan supported by Sport England is all about bringing along your girlfriend, aunt, niece, if fact any girl, lady, women you know who maybe wants to join in but for whatever reason hasn't yet to let them see what a fabulous bunch we all are down at Locke Park and #parkrun and with a selfie frame to capture their morning and CAKES what's not to love. I can't promise sunshine but I can promise a warm welcome to all

Like to thank Dave Playforth and Sheila for visiting us on Saturday, helping with pre-event set up and donating for cakes this Saturday.

See you all Saturday

This week 184 people ran, jogged and walked the course, of whom 12 were first timers and 20 recorded new Personal Bests. Representatives of 13 different clubs took part.