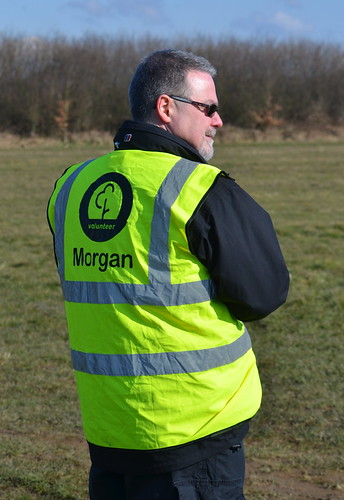 I can remember the time and place I met Morgan. It was approximately 9.35am on 4th July 2009, on the finish line at Banstead Woods parkrun, when he handed me a round metal disc with a number on it, and said “Well done.” That was my first ever parkrun, and Morgan was the finish tokens volunteer. After that, Morgan was a regular part of my Saturday mornings, as he was part of BWp’s core-team, and we were regularly volunteering together.

Almost exactly two years after that first meeting, Riddlesdown parkrun began – in July 2011 – Morgan & Kaye were two thirds of the founding core-team. Of the three of us, Morgan was definitely the quietest, but he was often the voice of reason, and looking back, without his rocklike stability, Riddlesdown might not have gotten through the first six months.

Morgan volunteered on 143 occasions at Riddlesdown, and the vast majority of those occasions fell within the first three years, which is a huge achievement. His volunteer total of 222 occasions is also impressive.
Morgan didn’t like doing pre-run announcements – but he did them, on 14 occasions. His starring role, however, was that of Timekeeper - a task feared by many - which he fulfilled 110 times.
He also ran – 15 parkruns in total, 7 of those at Riddlesdown, and whilst he always looked as if he was enjoying himself, he also swore blind that he was never running again every time!

At Riddlesdown parkrun’s third anniversary, we presented collages of photographs to all those who had run or volunteered 100 times at Riddlesdown – Morgan was one of only 4 people to receive the latter. He was also presented with the ‘Skylark Award for Courage and Dedication above and beyond the Call of Duty’ in recognition of the fact that he had done 20+ of that year’s volunteering stints on crutches, following a fall and a broken leg whilst on holiday.

Morgan was a really special man – I’ve spent a lot of time in the last 10 days looking at photos and thinking about those early days at Riddlesdown. He was generous with his time and his compassion. Always willing to help out others – he regularly ended up with numerous children in his care whilst their parents were running, and there are photos of him looking a little like the Pied Piper.
He had a quietly wicked sense of humour – which would often result in me spluttering uncontrollably at inappropriate moments whilst he smiled angelically nearby – and he was amazingly loyal.

The last time we saw Morgan at Riddlesdown was on 13th April 2019, at Kaye’s 500th parkrun. His health wasn’t great, but he asked for a marshalling role, which he fulfilled, and he was overwhelmingly grateful for the fuss we’d made for Kaye that day. If I’d known then then what I know now I’d have made a huge fuss of him too.

Morgan didn’t grab attention, but he made life happier for those around him, and we are all better for having known him.

He will be missed. 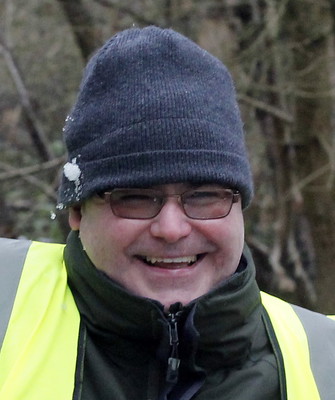 It is with great personal sadness that I share this


Morgan Quinn, co-founder of Riddlesdown parkrun, died peacefully last night after a long illness.
Rest in peace, Morgan, you will be much missed.


I’m sure that I speak for all the team at Riddlesdown in saying that our hearts and out thoughts are with Kaye, and the rest of Morgan’s family.

This will be my eternal punishment

Report by Pippa White
Photos by Simon Fisher (To view the complete set in Flickr, click on the following link: https://www.flickr.com/photos/riddlesdown/albums/72157712722612327) 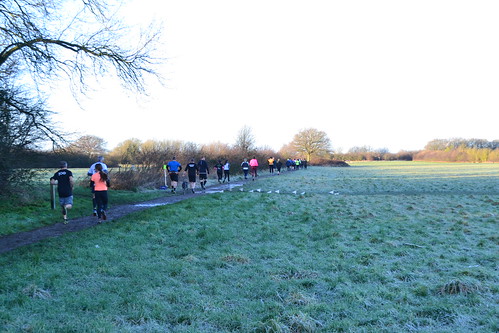 This parkrunday I was determined to have fun, a week off from volunteering and writing… a morning just enjoyed. Not only has this week been about as stressful as possible mentally, I’m returning from injury (cracked sacrum) and today’s conditions underfoot were just about the worst possible conditions for me to run in. Icy, muddy, uncertain camber, puddles… and it didn’t take much for me to join Nicki Clark, parkrun’s most volunteery volunteer at the tail and a virtuous walk. Was this an eternal punishment? No… a regular joy.
For those that like to know, park in the school, the postcode works superbly. Big sign visible from the road. Waterproof knee length shoes (but not wellies) with cross country spikes would have been sensible. Mud is going to go everywhere so bring changes of clothes, socks, shoes, hats etc. 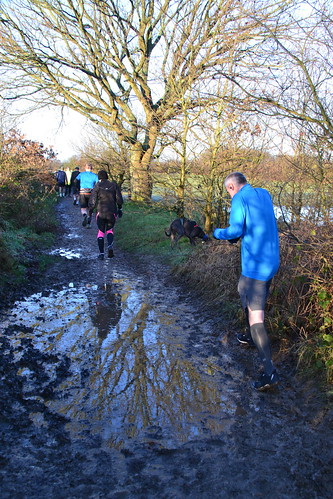 The weather from about 50cm above ground was lovely, and parkrun’s slightly lesser vaunted mental health benefits were my biggest reward of the morning. By the end of the 5k my head was clearer than it’s been in months; I’d chatted parkrun, kids, spun tall stories, listened, responded, had micro conversations with marshals. Nothing has changed materially in what I have to deal with but I’ve changed and found strength in the mud and ice topped puddles. Thanks to a tiny stretch out at the end we ended in just under the hour with a half flourish finish or a flour finish. And a flour finish means flour based products afterwards! If your parkrun felt hard, the finish less than you would want, you now know what to do – eat cake or a sandwich at the café looking over the playpark. 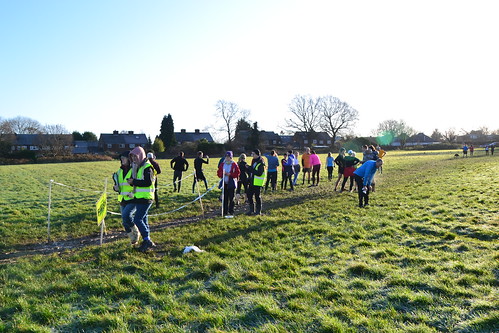 To the numbers
Just 7 people completed their first official parkrun today – welcome to you all and do come and try to improve on your time next time. Just two people came back for a second Riddlesdown run and both improved. Well done!
For official club recognition, Mike GARVIN completed run 50 today and will soon be getting a red tshirt. Lily BEY has just joined the most exclusive parkrun club – junior 10 club. Lily, wear that white tshirt with pride and joy and whenever there are adults around who found parkrun over the age of 18.
Other numbers are in the results – as it’s run 466, shout outs to runner #4 James PHILPOT and runner #66 Sara CROUCH for being the pair who completed the run number. No one has yet run the year at Riddlesdown so far, but Liam HATCHER came closer with 20:18…surely someone can chase down a nice 20:20 result. On the subject of nice numbers in the results, Mark ELLISON is charged to enjoy a soft ice cream with a flake before his next parkrun – surely the best way to celebrate almost reaching a milestone. Next week with cake for 100?
Another particularly important number was 24 awesome volunteers, many of whom were waiting patiently to cheer the final completers in. Thankyou to all. Hopefully you found joy in a dry (above 50cm from the ground) parkrun and clear blue skies… eternal happiness? Apparently according to the research last year. 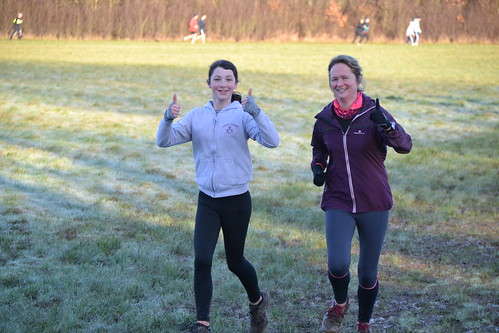 parkrun complete there was the packing up and the trolley transporting to the hurdles shed. The perennial problem for all parkruns is finding a dry place to stow the kit and a way to transport the kit to that place. I was introduced to the trolley cast off by the school and limping politely on with the care of the core team. And Barrie, helping reverse the trolley into the shed was heard to utter the fateful words “This will be my eternal punishment”. Barrie, thank you for your help, another phrase to add to my stash of brilliant sayings heard at parkrun, your cheerful marshalling as I walked around and for tucking parkrun up for the week. 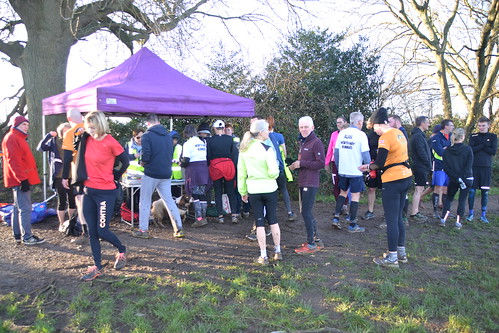 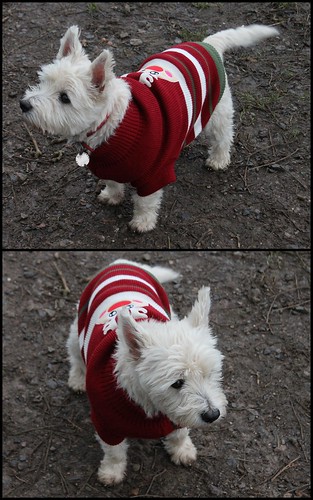 We are delighted to announce that there will be 2 extra parkruns over the festive season at Riddlesdown parkrun - one on Christmas Day, one on New Year's Day 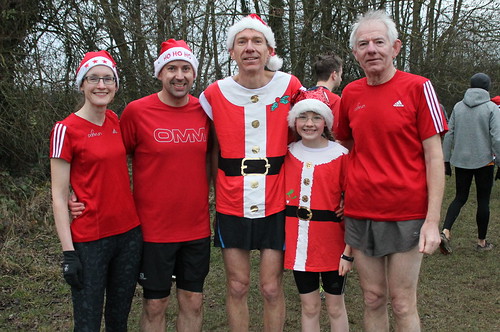 Both Events will be at 9am, and will be VERY prompt indeed (especially the NYD Event)

As most of you will know, NYD is the only day of the year that you can run 2 parkruns in one day and have both results count - Squerryes Winery parkrun are running their NYD event at 10.30, and our very own Andrew Sharp is RD for the occasion - a number of us will be heading over there for the second run of the morning, and there will doubtless be other local options 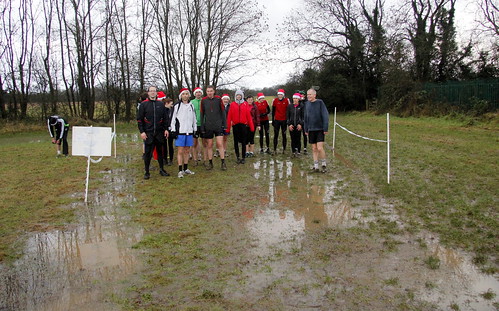 Both of these events are subject to us having sufficient volunteers, and we hope to see some highly festive costumes. 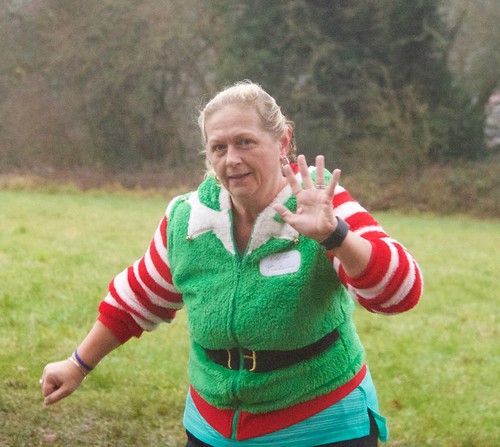 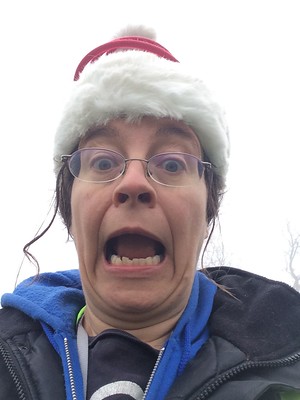 In Memory of Julie McDonald

Julie ran her first parkrun at Riddlesdown during our first summer, in August 2011, and she ran regularly for 2 years, until a diagnosis of and treatment for breast cancer made running impossible. Nothing if not determined, Julie returned to us in June of 2017, and once again parkran regularly, clocking up a total of 104 runs at Riddlesdown – 124 in total. Julie was justifiably proud of her black 100 tee, and I can remember her determination out on the course – a run-walker after she returned in 2017, but always striving to run more than she walked, and being absolutely delighted when she ran the entire path from Barrie’s bend to the finishing field. 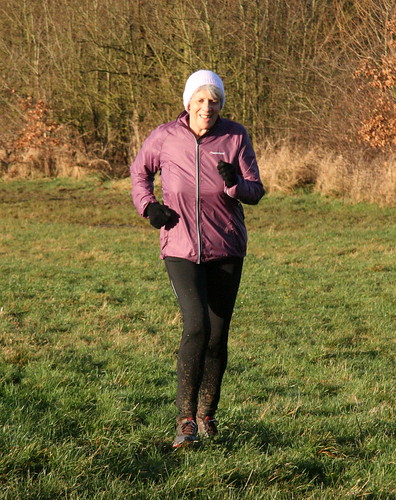 Julie ran her last parkrun on 27th April 2019 – I was behind her on the path through the woods on that Saturday, and although I didn’t catch her, I noticed that she seemed to be weaving about a bit, and at the end she said that she wasn’t feeling too well. Doctor’s appointments followed, and although she wasn’t feeling up to running, Julie volunteered, marshalling at the picnic bench when she told me that she had a scan booked, and the word ‘cancer’ entered the conversation.
Julie always saw parkrun as more than just a form of exercise, and she volunteered on 45 occasions, most notably as a tailwalker with her tiny (but fierce) little dog, Perry, and her good friend Jill Edwards. Julie volunteered for the 5 weeks after her diagnosis, but was then just too ill for a while. However, in September I had a text message asking if she could volunteer as a barcode scanning, so that she wouldn’t have to walk too far but could still come and help. And she did – sat down, but smiling, and enjoying herself.
The final text message I received from Julie was absolutely typical of her – she told me how much she had enjoyed her parkrun time, both as a runner and a volunteer, and asked us to take care of Jill, because she was worried about her friend.
Julie died on 7th November. 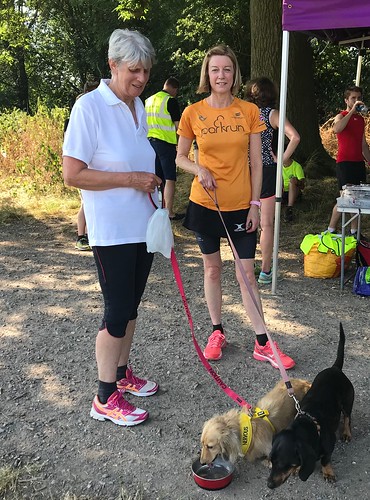 She was a remarkable woman, a generous and caring human being, and an genuinely lovely lady.
Event 455 was dedicated to her memory.