Rob is an original member of our core team here at Rosliston. He has been a member of the parkrun community for 7 years and completed 53 runs, with 29 of these being completed at Rosliston. He has completed 6 different events, including one in New Zealand! Rob has earned himself a number of purple badges as he has completed 143 total volunteer roles in 19 different roles. He has been a run directer 26 times but marshaling takes Rob's top spot with 27 times in this role.

When did you first join parkrun?
September 2012.

Why did you do your first parkrun?
Myself and a few work colleagues had been doing some lunchtime runs as part of our "Wheezy Joggers" club, around what is now Beeston parkrun. I'd also joined Burton Athletics Club to try and get a bit fitter, so it seemed sensible to be doing another 5km run on a Saturday morning.

And maybe more importantly, why did you do your second parkrun?
For some reason I didn't do my second run until April 2013, again at Conkers.
I don't remember why there was such a gap, but I enjoyed the first one so went back.

Why did you decide to become an RD?
The short answer is because I didn't have enough time to be ED (Event Director)!
The long answer is further down.

Apart from being RD, what is your favourite volunteer role and why?
Definitely marshaling. It's great being able to cheer everyone on. 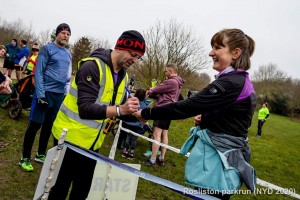 In your opinion, what makes Rosliston special?
It's the course that keeps giving! I'm sure I've noticed something different every time I've run or walked around the course.
For those who usually run, I'd recommend walking every now and then, and take in all of the sights! 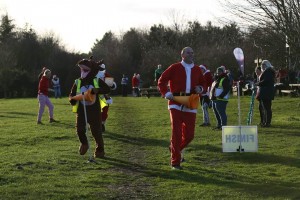 What other parkrun courses have you enjoyed? And why?
Hagley parkrun in Christchurch, New Zealand whilst on holiday in 2015. It's a lovely course around a park in the centre of the city.

What is your favourite thing about parkrun?
That it's so inclusive. Everybody can take part and not feel under any pressure.

What would you say to someone who is unsure about signing up?
Just do it and remember it's not a race! You won't be the last to finish!

As part of the original core team for Rosliston, what was the deciding factor for you to help set it up?
Back in June 2015, myself and friend Bryan had toyed with the idea of setting up a new parkrun in the Branston area of Burton, which prompted Bryan to put the following post on facebook.

A few days later I was approached by Sam about whether I'd be interested in being Event Director at Rosliston, as the South Derbyshire District Council had just approached her about setting up the event, and I jumped at the chance.
But over the next few months, it became apparent to me that I couldn't make the time to pull everything together as I'd also just started a new Scout troop in Branston, so I handed the ED reins over to Sarah in November/December 2015 and the rest, as they say, is history!

What is your fondest memory of parkrun?
I'm not sure it classes as my fondest memory, but one that sticks in the mind was when I first did timekeeping at Conkers back in 2014. About half way through the run, the stopwatch buttons stopped working - panic !

The most important question: What is your go to post-parkrun breakfast?
Sausage sandwich and a latte. 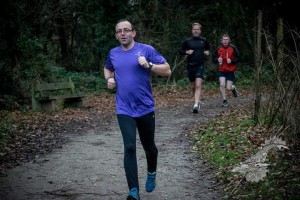