Ruth has been a member of the parkrun family since joining in 2012. In that time she has completed 285 events, with 124 of these being at Rosliston. Ruth has been at Rosliston since day 1 by completing the event on 12th March 2016 and she was soon a regular Rosliston parkrunner. In her many years parkrunning, Ruth and her family enjoy visiting different events and she has has completed 33 different parkruns; including 1 in Ireland and 1 in France.

Ruth has completed 193 volunteer roles during her parkrunning years. You will usually find Ruth and her family helping to pack away our kit. She has done this volunteer role a MASSIVE 115 times. This means that out of all of the events she has ran at Rosliston, she has only not done this role 9 times. As Ruth has been our run director 12 times, funnel managed 16 times and token sorted 18 times.

As our wonderful regular post-event close down team, the Fords are also the inventors of our infamous 'cone race' which has seen may competitors take to the finish straight to battle it out against another parkrunner to be the first to collect the cones. But watch out! We have some trouble-makers who like to move the cones out of the way as you sprint for the finish! (Owen and Lauren- I'm looking at you!)

When did you first join parkrun?
17th November 2012 at Conkers

Why did you do your first parkrun?
I heard there was a local running event that was open to everyone and free to enter, and I thought I was missing out, so I signed up to see what it was all about.

And maybe more importantly, why did you do your second parkrun?
I was right! I had been missing out. 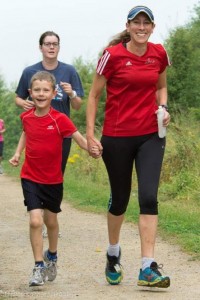 Why did you decide to become an RD?
When my running club, Washlands Women Runners, offered to do a takeover event at Rosliston I was nominated by my fellow club members to take on the RD role as I had the most parkrun experience. After doing this a couple of times I was approached by the core team to join them. (I must have done something right!).

parkrun has become such an important part of mine and my family’s life. This wouldn’t have happened without the teams of volunteers every week. Some members of the core team were selflessly volunteering every week to enable the event at Rosliston to happen. I took on the RD role to help spread the load and give something back to those that have been allowing us to run every week. 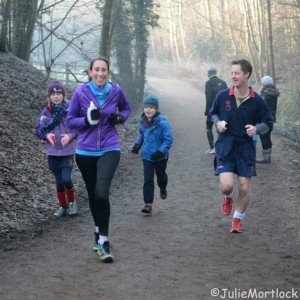 Apart from being RD, what is your favourite volunteer role and why?
Timekeeper. I never thought I would say that. Before I did my first volunteer as Timekeeper I was terrified of the role. I was worried I would mess it up and no one would get the right time. But the joy of being timekeeper is there are two of you, and I soon realised this takes the pressure off and you can enjoy watching everyone finish.

In your opinion, what makes Rosliston special?
The people of course, but every parkrun event will say that.

The course. It’s a course that just keeps giving. There is so much interest in it. Twists and turns, sculptures, 3 ponds, the bridge, the woods, the hill (challenging but not too long), the swamp, the café overlooking the finish and the finish funnel right next to the iconic Hawk. (It’s not an owl, It’s a hawk!).

What other parkrun courses have you enjoyed? And why?

Keswick. A beautiful out and back with bridges over the river and a lovely boardwalk section through the trees. It’s also deceptively up hill on the way out which you don’t really notice until you turn round and it becomes much easier on the way back.

Westport- Ireland. Our first parkrun abroad. A great Irish welcome and you get to have a lie-in as parkruns in Ireland don’t start until 9:30m!

What is your favourite thing about parkrun?
The community. 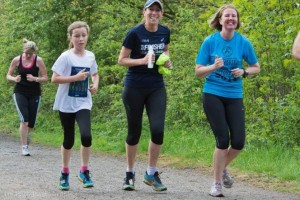 What would you say to someone who is unsure about signing up?
Just do it. You won’t regret it. You have nothing to lose and everything to gain! (And sometimes there are brownies!)

What is your fondest memory of parkrun?
So many! The special events, the fancy dress, the cake, the band at Christmas, the tourist trips, getting up at 3am in the morning to travel to a parkrun before catching the ferry to France and getting a mention on the local radio station, feeling proud of my running club after a volunteer takeover, the Thunder Run events, all our milestone runs. But if I had to pick one it would be hard to beat my 250th parkrun. I was truly humbled by the number of people that came to help me celebrate. I was lucky enough to share the day with fellow Rosliston regular James Farmer, who kindly ran back down the course after he had finished so he could run in with me, reminding me of a run 4 years earlier when he paced me to a PB. 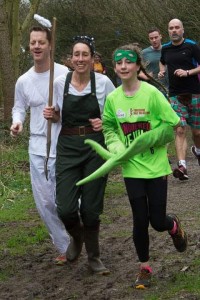 As you have young family who also attend parkrun, how does parkrun play an important role?
It wasn’t long before parkrun became a family event. It wasn’t always easy to get the children out of bed in those early days, and there was plenty of persuasion needed to get them around the course. But it was always worth it when they crossed the line full of achievement. The support and encouragement they received from the parkrun community was fantastic and kept them coming back. parkrun is full of amazing role models for them. It has taught them the benefits of regular exercise, encouraged them to keep trying when the going gets tough, to continue to challenge themselves, the rewards of volunteering, the importance of a community, and the value of encouraging others. 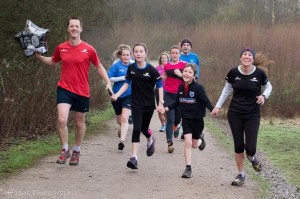 The most important question: What is your go to post-parkrun breakfast?
A cup of tea and a toasted teacake. 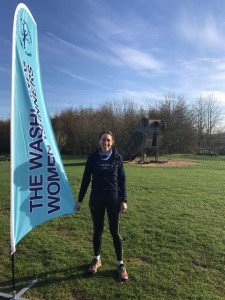