Run report by Richard Woodfield. Photographs by David Harman, except where otherwise indicated

It was an eventful parkrun #134 with a rapidly changing kaleidoscope of weather - mist then sun then fog. And then there was a bunch of particularly surly ducks that decided to ambush runners on the far side of the lake.

Early arrivals at parkrun were treated to the spectacle of a golden glowing sun rising through the mist beyond the lake.... (photo by RW) 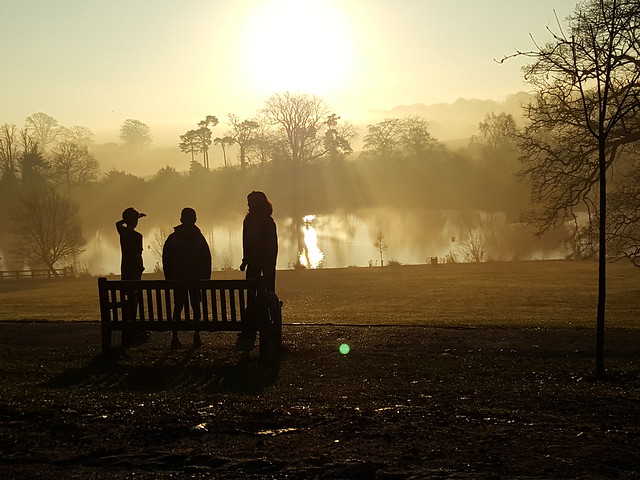 After a quick reminder that Christmas Eve was a "pacer day special" and a burst of applause for the volunteers the parkrunners were up and away.

And they're away.... one moment the colours were sharp and bright.... 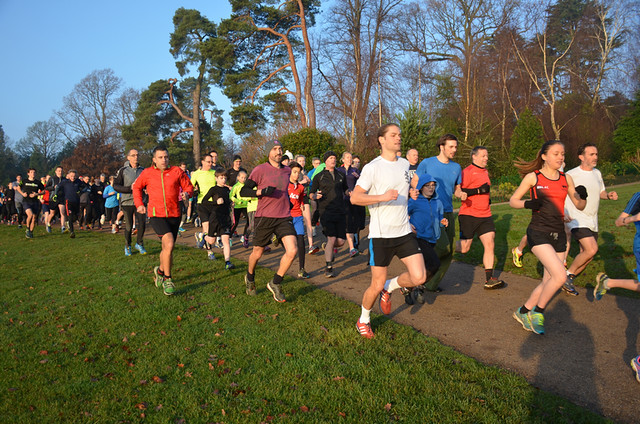 Moments later the light was mellow and soft.... 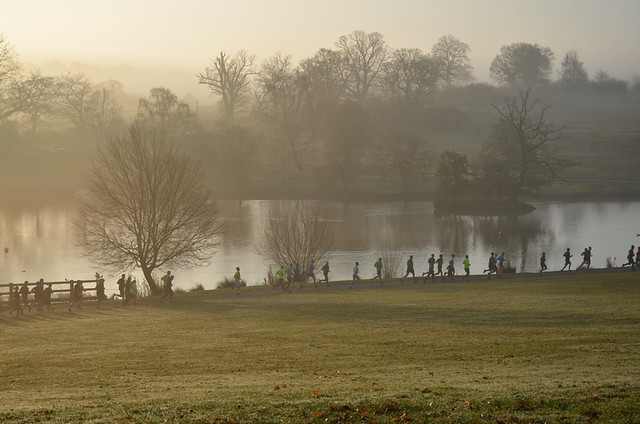 I opted for a steady run in the middle of the pack - which meant that until after the run I was unaware of the drama that had been unfolding ahead. On the far side of the lake - and acting up in front of our parkrun photographer - the local ducks were in a stroppy mood, distinctly lacking in the festive spirit. I'm a bit of an ornithologist but struggle to pin these ones down - they look like some kind of cross between Muscovy duck, farmyard duck and mallard. But, whatever their precise pedigree, they were undoubtedly cross!

The ducks eye up their tactics. No doubt which is the "ring leader" 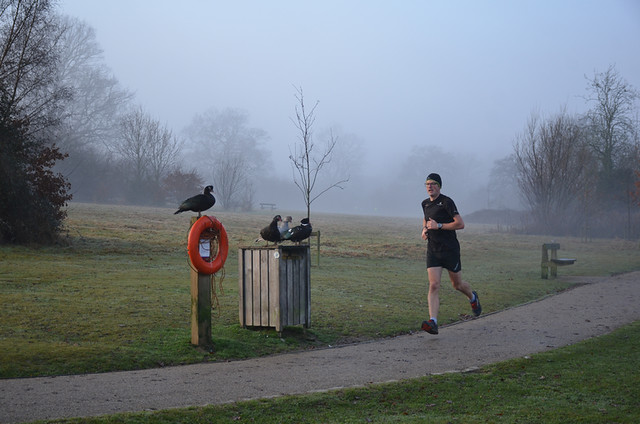 Attack Mark 1!.... Colin "ducks" to avoid a possible premature end to his parkrun 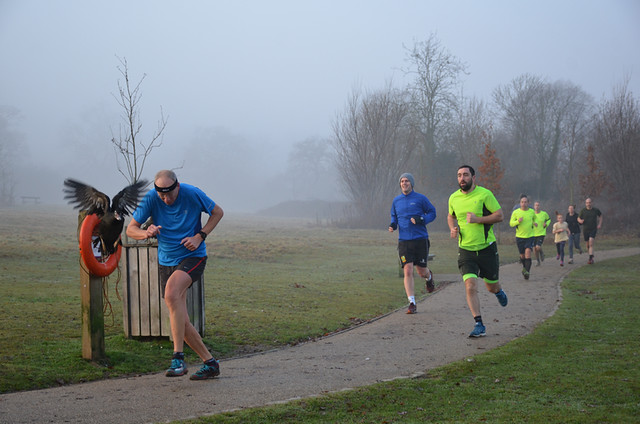 Attack Mark 2!... This time local MP Greg Clark is the startled victim as the duck (at right of picture) swoops low across the path. 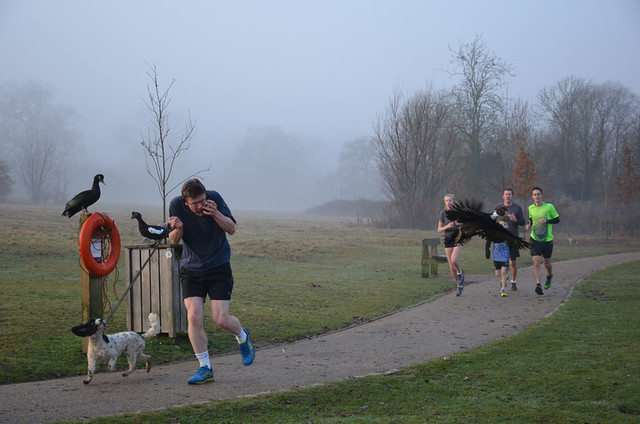 Having captured that exclusive, David was roving around the course to look for some unusual parkrun angles. Here's one of them....

Who goes trip trap over my bridge? 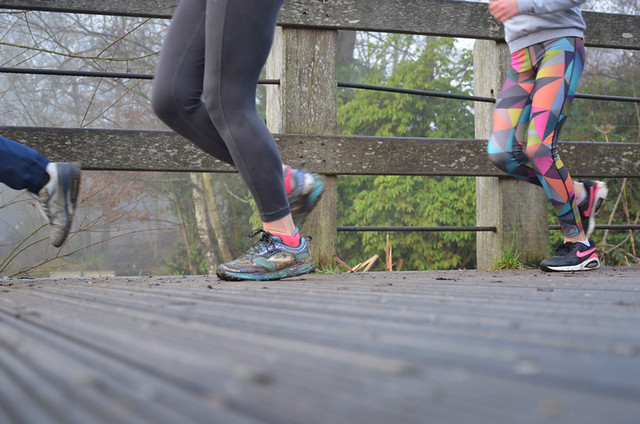 One of the great things about parkrun is its versatility. You can really go for effort and personal bests - or you can opt to take things in a more relaxed way. 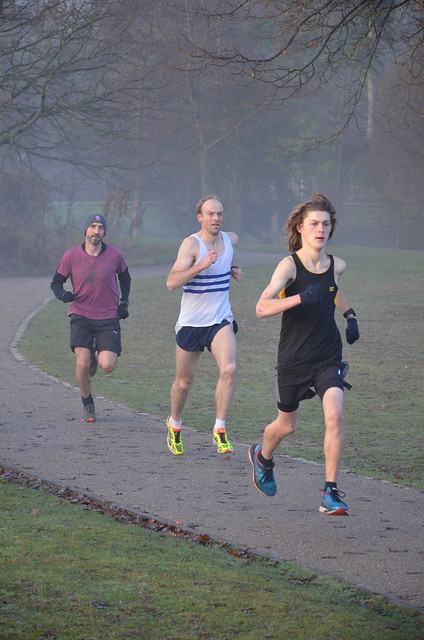 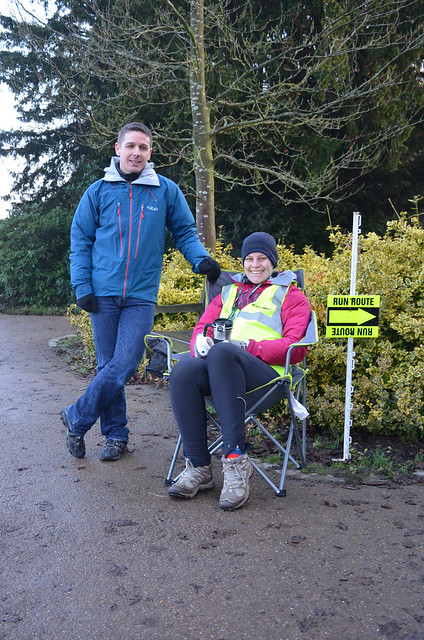 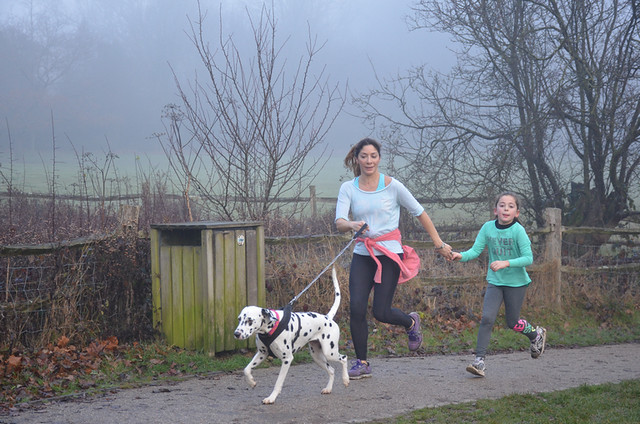 There was a good turnout of well behaved dogs on short leads.

Plenty of dogs enjoyed their parkrun.... 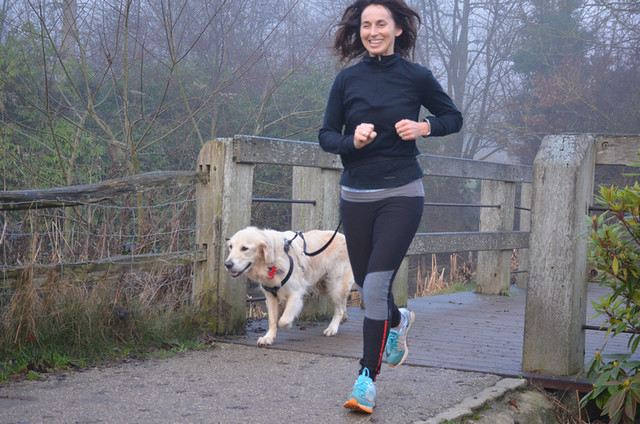 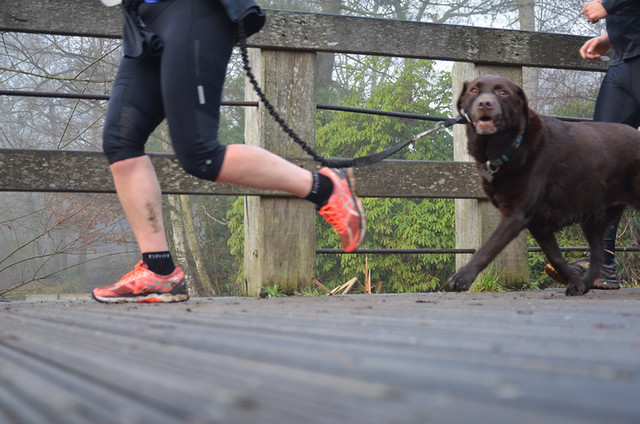 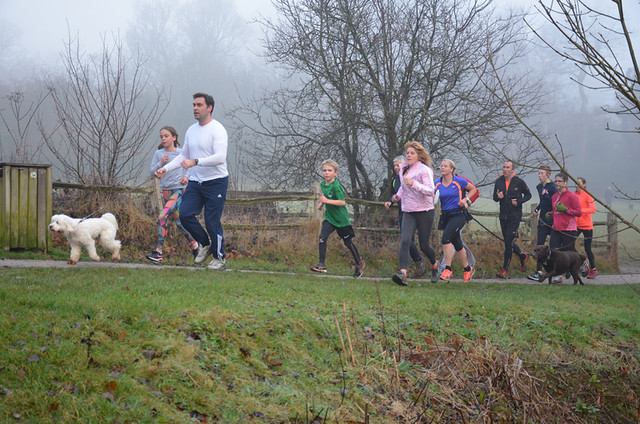 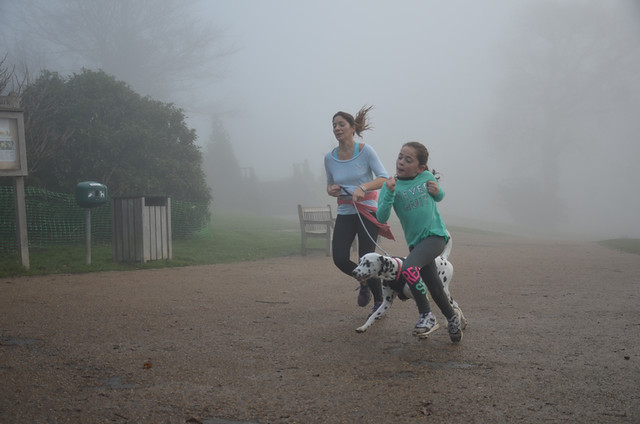 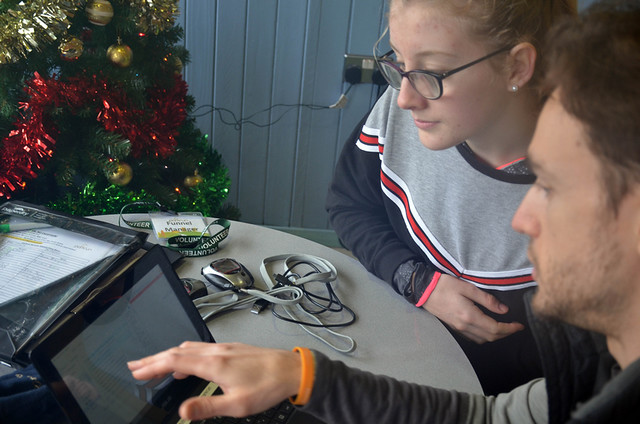 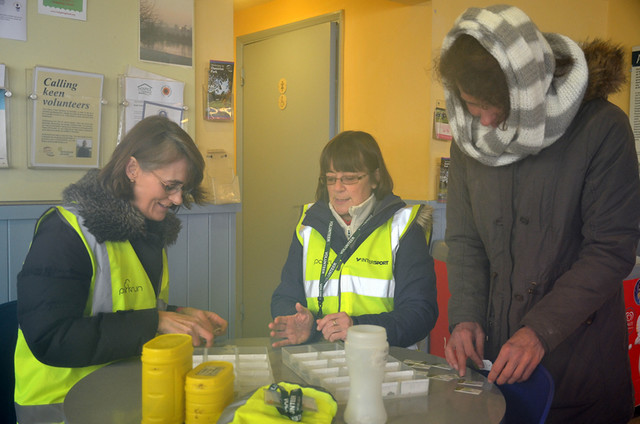