Consistency has had a mixed press. On the one hand consistency is something for which football managers strive. On the other hand it's also been described as the last refuge of the unimaginative. Whichever view you take, consistency is something we certainly achieved in March. Our parkrunner totals of 183, 184, 179 and 187 meant that just 8 runners separated our highest and lowest numbers for the month.

It's been a few parkruns since we've seen skies like this...

parkrunday for our event #147 dawned bright and sunny - enough to put a spring in the step of even the most seasoned of parkrunner. Simon, Run Director for the day, advised that running conditions out on the course had improved, and welcomed Maxim Catling to the junior 10 parkruns club. 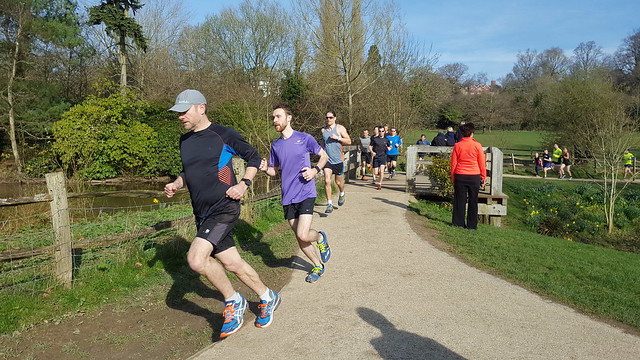 Lap 2: by now there's plenty of space between the runners... 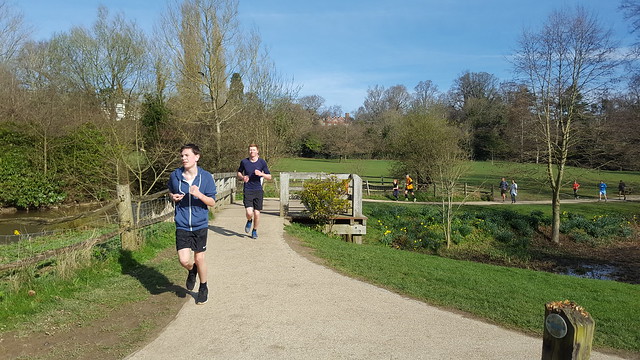 I had put away my trail shoes - hopefully until late autumn - and for the first time in months was using my road running shoes at parkrun. With a half marathon race coming up the following week I wanted some moderate exercise rather any attempt at personal best heroics. So I opted for a "progression run" - starting very steadily from near the back of the pack and then gaining a bit more speed as the crowds of parkrunners spread out. I find this quite an enjoyable way of doing parkrun and it has the plus point of going with the flow if the start of the run is a bit crowded.

Approaching the last remnants of the quagmire... 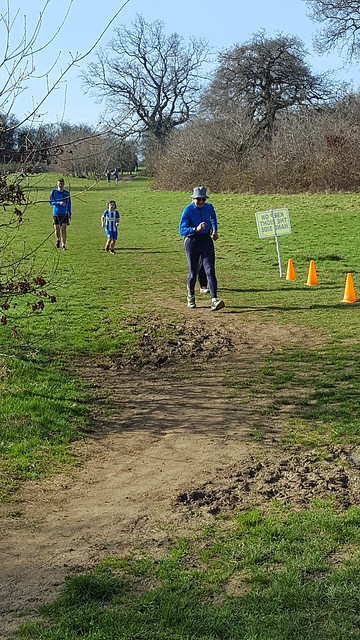 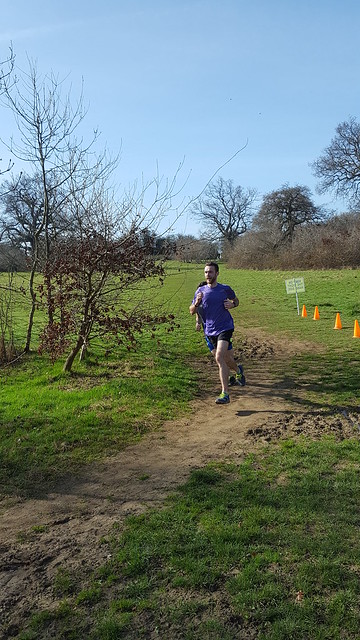 "Run Happy" is the apt slogan

Some more happy punters in the Twittersphere:

"Whoop, whoop! New PB and sub-30 target achieved at the @RTWparkrun this morning. Would put a spring in my step if I wasn't limping!" (@tw_events)

"Thoroughly enjoyed giving out finish tokens as a volunteer @RTWparkrun. Great to cheer the achievements of all runners, of all abilities" (@BriteEyedViolet)

"@RTWparkrun You promised good weather for today, and it was a beautiful sunny morning in Dunorlan Park ☀☀☀Thank you awesome volunteers" (@CharlieB987) 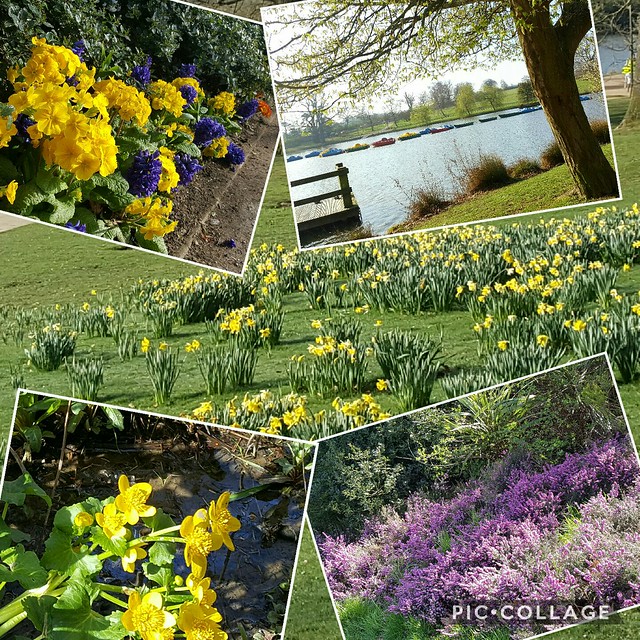 Most frequently occurring parkrunner name this week: 7 (at a stretch!) Catherine/Kate/Katie/Kathy/Katia and 7 (including volunteers) Stephen/Steve