The morning was dry, overcast and well, Spring-like with a hint of sun towards the end of the event and I was on Run Director duty after a 6 week hiatus due to various races, training courses and holidays and it was great to be back. I was however rather jet-lagged from a long flight, having touched down in England the morning before and so a little out of sorts, well, more so than usual. This week I welcomed Ben Hobden to the junior 10 club - in fact Ben ran a PB for his 10th run, joining the junior 10 club in style - well done Ben. I also reminded everyone that in 3 week's time we celebrate our 3rd anniversary event - full details of which can be found here. We are still looking for a good number of pacers for this event, with only a few volunteers signed up so far. Pacing times from 36 minutes up to 22 minutes are available and no previous experience is necessary so, if you would like to join the team simply e-mail: royaltunbridgewellshelpers@parkrun.com

...and they're off! 177 people make their way down the starting slope: 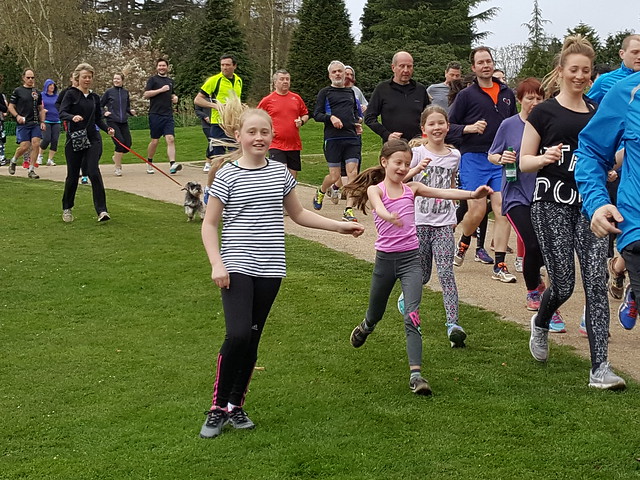 This week 177 people ran, jogged and walked the course, of whom 21 were first timers (14 new to parkrun and 7 parkrun tourists) and just 4 people were unknown (either forgotten their barcode or not registered with parkrun before the event), which must be a record low! Of the returning 152 people there were 41 new Personal Bests - very well done to all of you.

Powering up the short, sharp slope (you know the one):

Our team of marshals await the runners on their return from the events field: 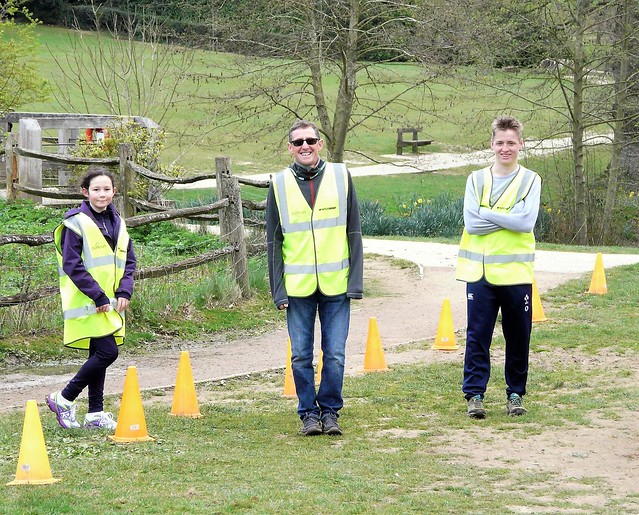 A quick look down the results and I notice that we had 4 of our regulars representing the parkrun 100 club, plus one other - Nigel Webb, who seems to have started to run regularly with us having been a mainstay at either Bromley or Orpington parkruns. I also count no less than 12 regulars who are over the halfway mark between the 50 club and joining the parkrun 100 club, meaning that they have attended over 50% of our events - now that is some commitment!

The course is drying out nicely: 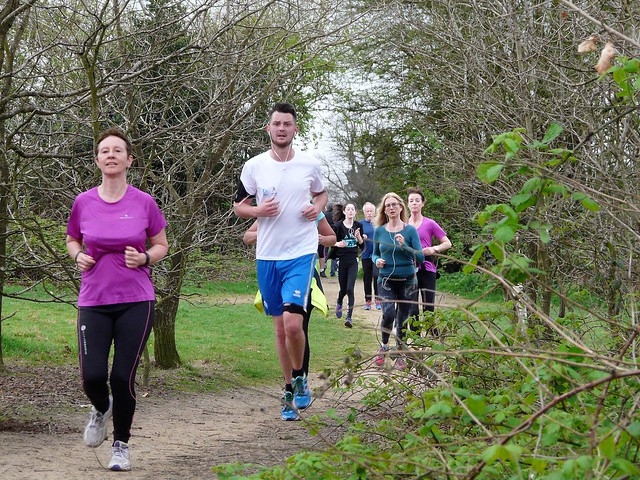 It was great to witness and cheer on fellow volunteer and RTW parkrun stalwart, Simon Jones as he crossed the finish line to join the parkrun 50 club. Simon first ran at our event back in November 2014 and soon after started to volunteer with us on a regular basis, becoming a Run Director in 2015, where he volunteered in this role on a monthly basis. If you don't know or haven't met Simon, you should - but be warned as he has plenty of terrible jokes!

Simon Jones crosses the finish line of his 50th parkrun (of which 44 were at RTW parkrun): 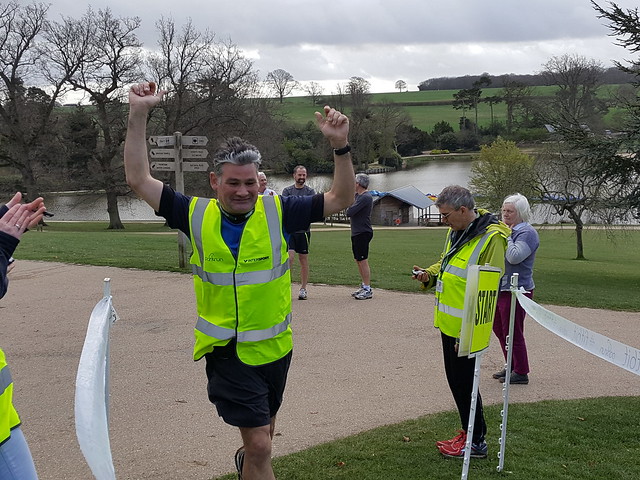 Simon provides a new runners briefing prior to transforming into our tail runner:

Before I go, just a quick story from Crissy Field parkrun in San Francisco which I was fortunate enough to run at last month. One fellow had run at a parkrun event in New Zealand and flew over to San Francisco to take part in a second parkrun on the same day - extreme parkrun tourism or plain crazy?! I'll let you decide.

This week's results and a complete event history can be found on the Royal Tunbridge Wells parkrun Results Page.

As always you can keep up to speed with our latest news on Twitter and on Facebook.