Run report by Zena Hassell. Pictures by Zena (except where otherwise stated)

After all the Eggcitement of last weeks Chocolate Festivities, the weather couldn't quite stretch to Sunny Side Up for this week's parkrun tourists, from Greece, Jersey and Brighton. However 161 Parkrunners did manage to scramble their way through the infamous mud and puddles. 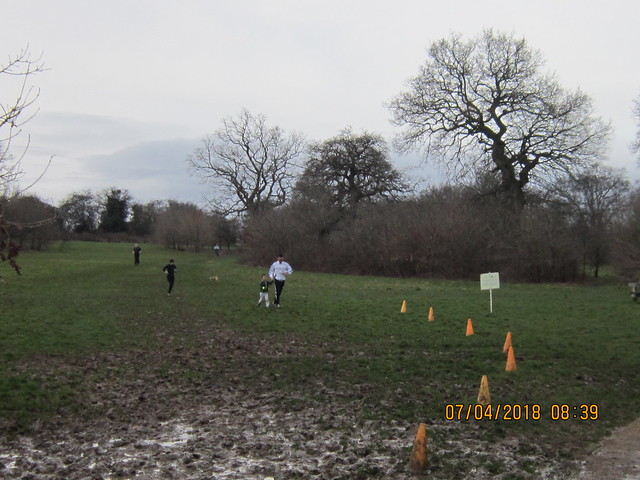 Run Director Noeline confessed her inner most thoughts about a dream she had had about parkrunners and cigarettes ! It all became clear that these were to stop us nattering inappropriately during the pre run briefing...WELL DONE NOELINE it worked! Please keep it up everybody, Tonbridge manage it with around 500 people.

Congratulations to all the Milestone Marvels this week: Molly Dawe (10 junior club runs) Gavin Hill (100 runs club), while Colin Ratcliffe and Stella Beard have both completed 25 Volunteer duties. The new Volunteer Icon on the results page is a great new recognition for all who have reached the magic 25 milestone.

'Viva La Volunteers' as demonstrated by Mary and Francis 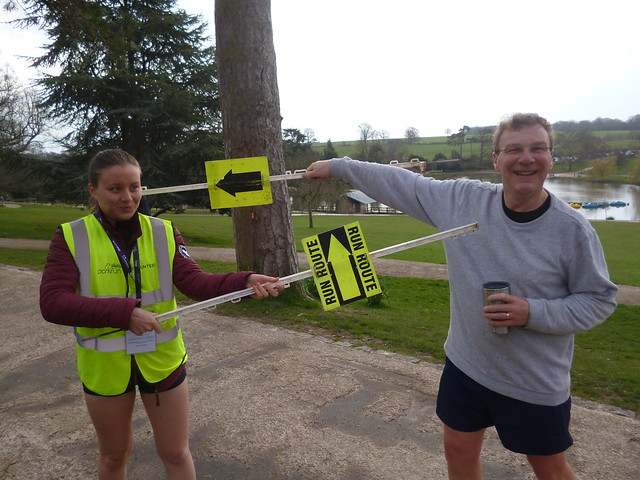 After having to look twice at last weeks photo of Graham Brooks(85) 'warming up' on the Victorian Stone Area, it was great to see this week that he was joined by another octogenarian - Richard Pitcairn-Knowles (85). It is amazing to think that when these two gentlemen were born, King George V was ruling over the Commonwealth, while deciding whether to try a new chocolate bar on the market....yes the Mars Bar was introduced, maybe Graham has had a Mars a day so he can WORK, REST AND PLAY?

'O is for Octogenarian' 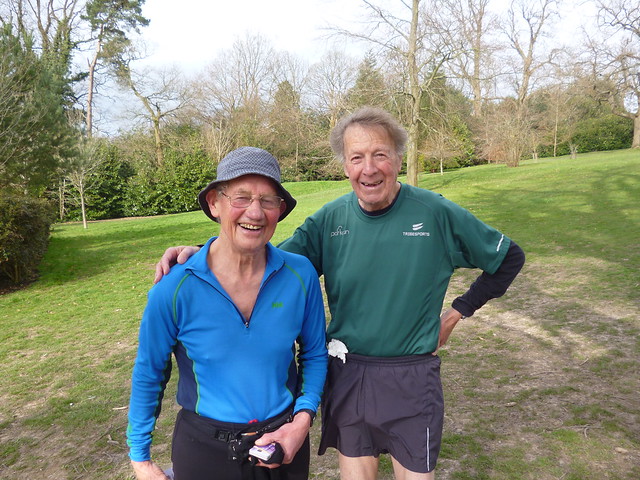 Thank you to Francis Eames for informing us that the lady in the 250 t-shirt and hat going through the shoe wash on Saturday was Christine Gibbons, who is the Chairman of parkrun Global. She was visiting incognito from Brighton with her husband Michael, but let slip this little nugget of information when they were chatting after the event!

REMINDERS:
28th April 2018 - 4th Anniversary, bring a 1st timer or a volunteer, to show them what they are missing!
5th May 2018 - RTW Parkrun cancelled. Be ready for a little parkrun tourism - we have several other parkruns within reasonable driving distances. Newly started East Grinstead claims to be the 4th hardest in the UK! Now there's a Challenge...

This week 161 people ran, jogged and walked the course, of whom 12 were first timers and 12 recorded new Personal Bests. Representatives of 20 different clubs took part.

Today's full results and a complete event history can be found on the Royal Tunbridge Wells parkrun website Results Page.