We are very sorry to inform you that our good friend Steve Barnfield has passed away. Steve was a loyal and highly committed member of our RTW parkrun community who was with us right from the start back in 2014. He was the kind of team player on which every successful volunteer based organisation depends.

As his illness progressed Steve bravely and determinedly continued to volunteer with us. Indeed, after he received diagnosis that his illness would be terminal, Steve told us that he valued parkrun more than ever as it offered several hours of normality, distracting him from dwelling on his illness. At his last parkrun, just a few weeks ago, the scanners failed in the wet weather. The results had to be entered manually – a long and arduous task which Steve willingly carried through to completion.

Joe Watts, who was our Event Director up until this spring, has paid this tribute to Steve:

“I met Steve when he volunteered at the test event for Royal Tunbridge Wells parkrun and from that day forward until his untimely passing, Steve was ever-present and formed part of the core volunteer team, volunteering on a total number of 219 occasions. Steve will not only be remembered for his enthusiasm for running and volunteering, but also for his love of statistics. He would often impress me with his knowledge of the year-on-year event attendance growth and he was always keen to process and analyse the results - a role that he conducted on over 100 occasions, most recently in July 2019.

Steve was also a very quick runner himself, posting a parkrun PB of 21:33 at Tonbridge in September 2018, with a best ever time at his home event (RTW parkrun) of 21:52 in July 2017. Not only quick over the shorter distances, Steve also had an impressive record over the longer distances. So much so, that he holds two current Tunbridge Wells Harriers club records for the M60-64 category over 20 miles and the marathon distance – the latter being a very swift 3:21.27. I’m sure he would be smiling at my analysis of his performances!

Steve battled through his melanoma with quiet dignity and never displayed any signs of fear or weakness.

He will be sorely missed, yet remembered fondly by all those who had the fortune to be part of his life.”

We send our condolences to Steve’s family, including to his son, David, and daughter, Laura, who are both regular RTW parkrunners. If you would wish to have information on the funeral arrangements please email royaltunbridgewells@parkrun.com.

Steve is pictured here during one of his many appearances as Run Director at RTW parkrun. We aim in the next few days to publish on our Facebook page a compilation of pictures of Steve in action at parkrun. 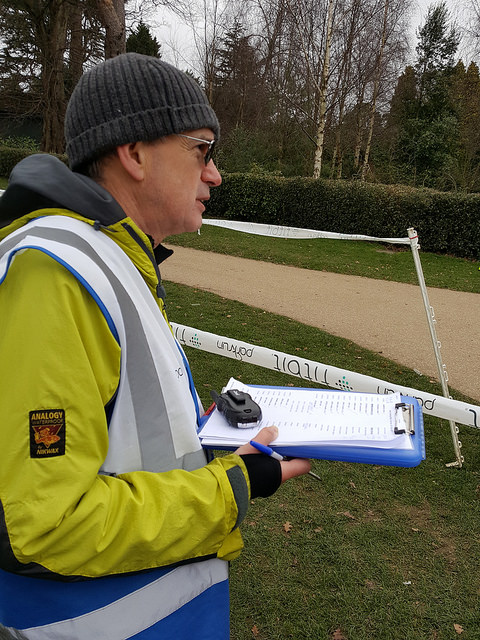