Colin Ratcliffe recently took on the mantle of RTW parkrun Event Director, so we thought it timely to find out a bit more about what makes him tick and his thoughts on matters parkrun. Richard from our Comms Team met up with Colin to find our more…

How did how did the parkrunning begin? Colin took up running somewhat over three years ago after his wife bought him a Garmin watch for Christmas. When Colin noticed a colleague at work with the same watch the conversation went from running to parkrun. After a couple of training runs, Colin took the parkrun plunge in Feb 2016 (although he confesses that he forgot his barcode on his first attendance!). It was a very wet end to the winter – our numbers were quite low at that point and Quagmire Corner was at its worst. But, despite this, Colin was rapidly hooked. Why was that? “I really liked the welcoming atmosphere of the whole event, the friendliness of the regular volunteer team and the chance to relax over a coffee afterwards. I found there was so much more to parkrun than just a 5k run.”

While experiencing an injury layoff Colin became increasing involved in the volunteering side of things, “I enjoyed helping out at an event that obviously meant so much to so many people.” Later, when he heard that Joe was stepping down, he decided to put his name forward for consideration.

What’s Colin’s favourite volunteering role? “I get a lot of satisfaction from being a pacer – it’s a good feeling if I can finish at or within a second or two of the time. Also I like number checking – the challenge here is trying to keep on top of any discrepancies between the number of clicks of the timers on the finish line and the number of finish tokens handed out at the other end of the finishing funnel.” Colin is keen to learn to keep Joe’s cool demeanour, staying calm and focussed when the numbers start diverging – for example when someone “ducks out” of the finish funnel before taking a token.

Colin enjoying his 5k - whatever the season 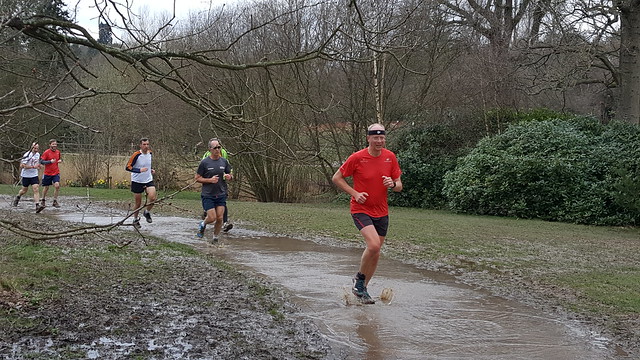 Colin says he is happy parkrunning whatever the season, including when it’s muddy – although he’s not quite so keen if the mud is very sticky! “So far in 111 parkruns in Dunorlan Park I’ve never had to run in heavy rain”. When the heavens did open in September last year Colin was in Leeds, helping his daughter move into university halls.

"If on the day you're feeling a little green...." Fortunately, a slightly off-colour appearance was not enough to prevent Colin pacing 28 minutes at our Halloween 2017 pacer special day! 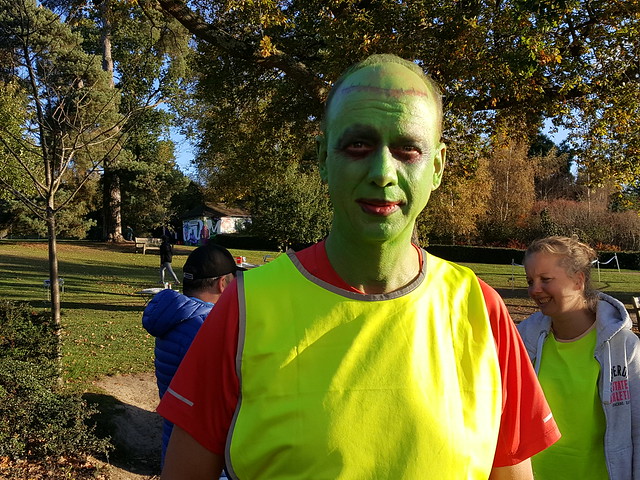 Any practical tips for parkrunners? “Do be sensible about parkrunning. If on the day you’re feeling unwell consider something other than running. We can always find a volunteering role. Also from personal experience I can say that trying to keep running when you’re nursing a leg injury is probably not a good idea!” Who remembers Colin’s clear announcement when he tore a tendon at the finish line a few years ago because he tried a sprint finish after hobbling around most of the course?

If he could magically create a parkrun anywhere in the world he would choose to have one in Munich’s Ostpark (near where his in-laws live.) The paths there would make a perfect venue.

Anything particularly unusual that’s happened to him away from parkrun? “On honeymoon in 1992, we found ourselves acting as a human shield for Yasser Arafat, then leader of the PLO (Palestine Liberation Organization) and wanted for supporting Sadam Hussain’s invasion of Kuwait. Without announcement our unmarked flight from Cairo to Amman was diverted to a military base in Jordan where King Hussain of Jordan was standing at the end of a red carpet to welcome the fugitive.” Also, while working as an auditor at the National Audit Office, in the wake of financial crash, he discovered evidence of £60 billion of secret loans from the Bank of England to HBOS and RBS. This information was not in the public domain at the time – and the story made the front page of the FT when news of the vast loans eventually came out in advance of Colin’s published report.

Colin is hoping that RTW parkrun can continue to promote a really inclusive approach drawing in anyone who could benefit from the parkrun experience. “It’s absolutely fine by me if our overall average finishing time gets slower. That’s likely to be an indication that we are appealing to a wide cross section of our community.” Likewise, he would love to see some local GP practices become designated as parkrun practices and linked to our parkrun to encourage patients - and staff - to experience both the physical and mental benefits of parkrun.

He’s particularly hoping we can widen our volunteer base. “There will be people who for health reasons wouldn’t necessarily be able to get round our 5k course. But it may well be they could be part of the volunteer team and experience the buzz of being involved and really be appreciated for their contribution.”

Attention to detail gets the numbers to add up...... Marshals ... "a reassuring presence" 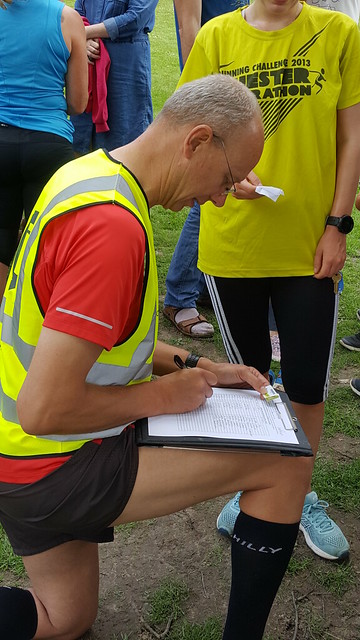 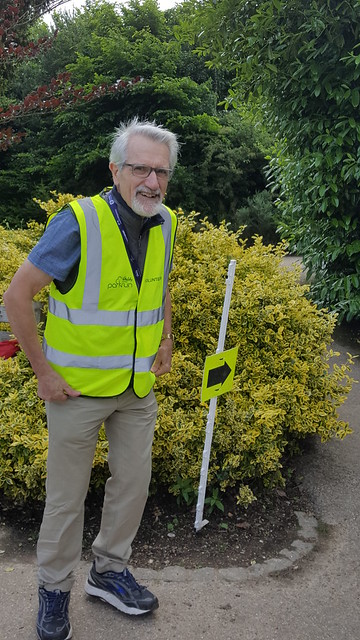 Warming to the theme, Colin says he would encourage all our parkrunners to think how we can each contribute to making parkrun safe, enjoyable and fun – and what we can do to be responsible users of Dunorlan Park. So he would encourage those who parkrun regularly to think whether they might have a week off from running (for example one week in ten) and volunteer for a non-running role such as marshalling. “I see the role of marshal as very important. Marshals not only cheer on runners but provide a valuable role in summoning help if there is an incident. Marshals also provide a reassuring presence to other park users, indicating that we are acting responsibly." 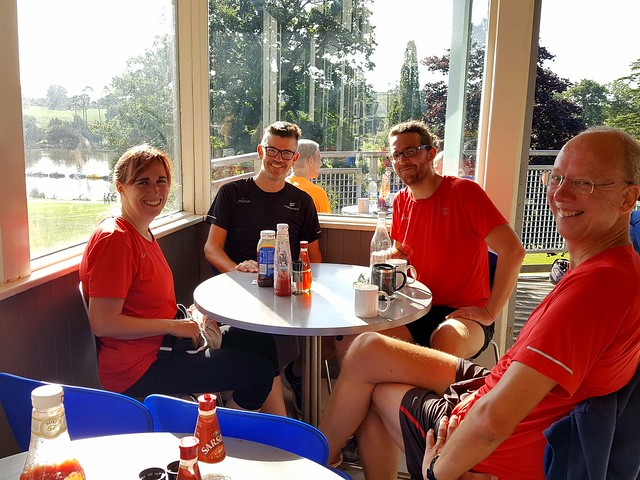 Finally, a tip: “If you meet a first timer or a parkrun tourist why not arrange to meet up for a coffee afterwards. I’d love to see more parkrunners staying on afterwards for refreshments and a chat in the café. The social side is important. I’ve really enjoyed having a good group of parkrunners, who have become friends, to chat with after the run. It’s a great way to make new friends, even when they turn up at your house and spill red wine on your beige carpet. Just look out for us, pull up a chair and join in.”