Everything came together brilliantly for Joe's farewell parkrun as Event Director:

* our highest ever attendance - 331 parkrunners & 37 volunteers came to give Joe a great send off.
* it was the ideal spring morning - sunny and mild - for a special occasion
* heartful tributes were paid to Joe and to all that had been achieved under his leadership of our parkrun
* astonishingly, as if to underline the point, there was a century of personal best times achieved.

Even the practical nitty gritty contributed to the spirit of the occasion. The PA system was on its best behaviour. The mud situation was much improved. And the number of "unknown runners" without barcodes was just 15 out of 331. At less than 5%, this meant that Joe's final stint processessing results afterwards involved a lot less detective work than on many a previous parkrun! 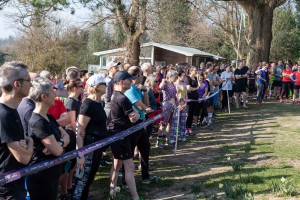 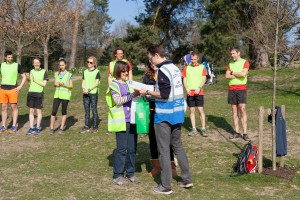 Reflecting on his experience Joe thanked all those who had contributed to the success of RTW parkrun, not forgetting those who had enabled the parkrun to use such a wonderful venue. Volunteers, parkrunners, TWBC and Friends of Dunorlan Park had all played their part. Joe recalled that he had been responsible for adding the "Royal" to "Tunbridge Wells parkrun". He had also changed the route originally envisaged - it had initially been planned to have the route start by going uphill towards the main carpark. There was one parkrun, back in the early days, when the event had been run by just six volunteers. This had been pretty fraught and had required substantial multi tasking across all the essential volunteer roles. 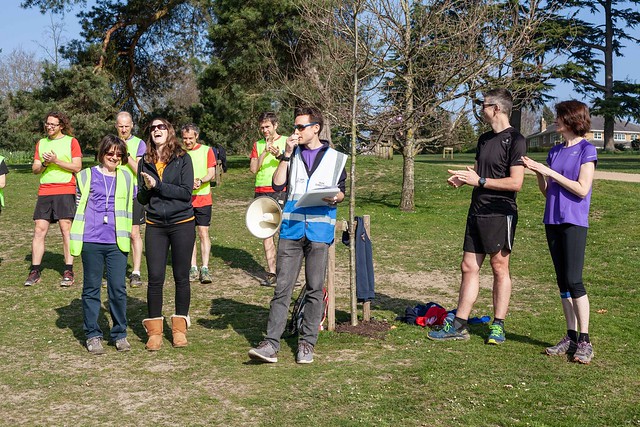 Louise had been in at the start of RTW parkrun, so it was entirely fitting that she paid tribute to Joe:

"I first met Joe in early 2014 at Tonbridge parkrun where I had gone along to meet with the newly appointed Event Director for the soon-to-be-established RTW parkrun. I had heard about the event via a facebook appeal for volunteers and as an avid runner myself and keen to give something back to my local community, this seemed right up my street.

My first impression of Joe was of a cool, calm and collected guy, disciplined and clearly into fitness. I also thought he was quiet, until I got to know him a little better. This was just the sort of person I knew would carry out the Event Director role perfectly, and he has proven me right! Many of you will not be aware of the time-consuming hard work that goes on behind the scenes at parkrun each week, not only on a Saturday, but during the week – organising the volunteers, dealing with queries from participants, liaising with the local council and parkrun HQ, as well as helping out at the actual events on a Saturday morning. It is not an easy job to undertake, but one that Joe has done humbly.

Over the 5 years I have known Joe, he has faced everything thrown his way head on with diplomacy, with the best interests of parkrun and its participants at the forefront of his mind. No mountain has been too high for him to overcome, in his personal achievements as well as spearheading RTW parkrun. I have seen Joe go from a DJ when I first met him, to a fully qualified PT and Running Coach, leading running groups of all abilities as well as fitting in his own training, and all this outside his actual job, which he still continues to do.

It has been a pleasure to see RTW parkrun grow and flourish under Joe’s tutelage, from inception to winning Best Group at the Love Where You Love Awards and our imminent 5-year anniversary. It will now fall to our new Event Director, Colin Ratcliffe to tackle the role, which I have no doubt he will do with fervour and determination.

If you could please all join me in a round of applause to thank Joe for his hard work in making RTW parkrun what it is today."

Joe - surrounded by parkrun milestone tops as a reminder of all that parkrunning and volunteering! 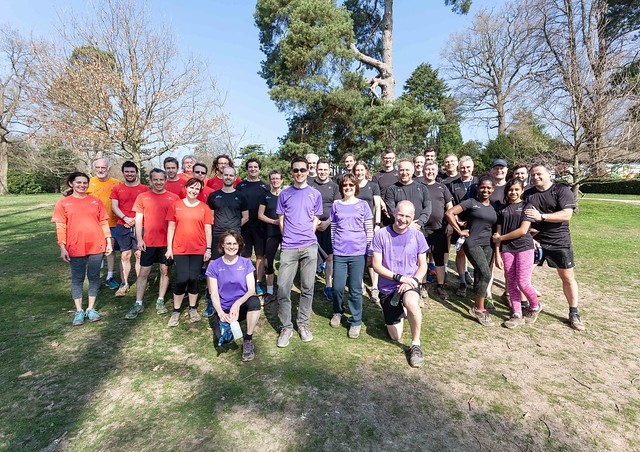 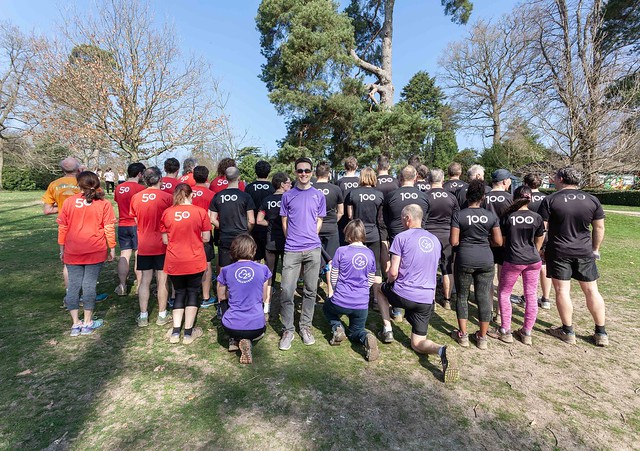 Judy - our volunteer co-ordinator - presented gifts and a card to Joe. Among the many messages in the card were: "You've been totally awesome - thanks for making me and hundreds/thousands of people get fit and passionate about running" ... "parkrun changed my life" ... "Great work, Joe. I hope you will always be proud of what you have achieved here, and your legacy. Thank you"

"It's been an absolute pleasure being involved with parkrun over the past 5+ years and wonderful to see how the event has grown and evolved over my tenure. I know that it is in safe hands with a core, experienced volunteer team as well as a core and faithful group of runners. Saturday was a wonderful send-off and I look forward to seeing the event continue to grow and succeed over the next 5 years and beyond. I fully intend to return as a runner and volunteer when I am available and always encourage my RTW runners to attend. My main aim in setting up the event was to inspire others to get involved in running, the same way in which I was inspired by the London 2012 Olympics and it's great to see so many at RTW parkrun who have gradually progressed and become more involved with the event, the sport and the community." 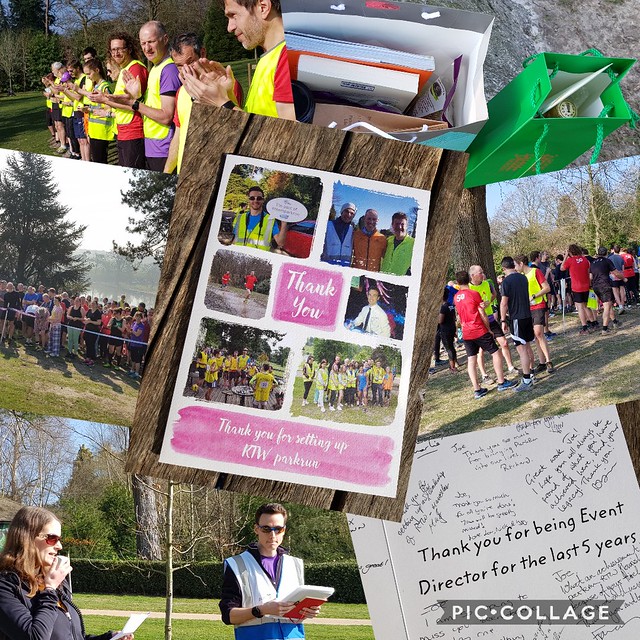