Sheila Wilson is just a few parkruns away from gaining her 100 parkruns t shirt and so is a familiar figure at our parkrun. She’s also one of our relatively few regular parkrunners in the VW65-69 age category. We thought it would be interesting to find out a bit more about her experience and so we dispatched Richard from our Comms team to pose her a few questions. 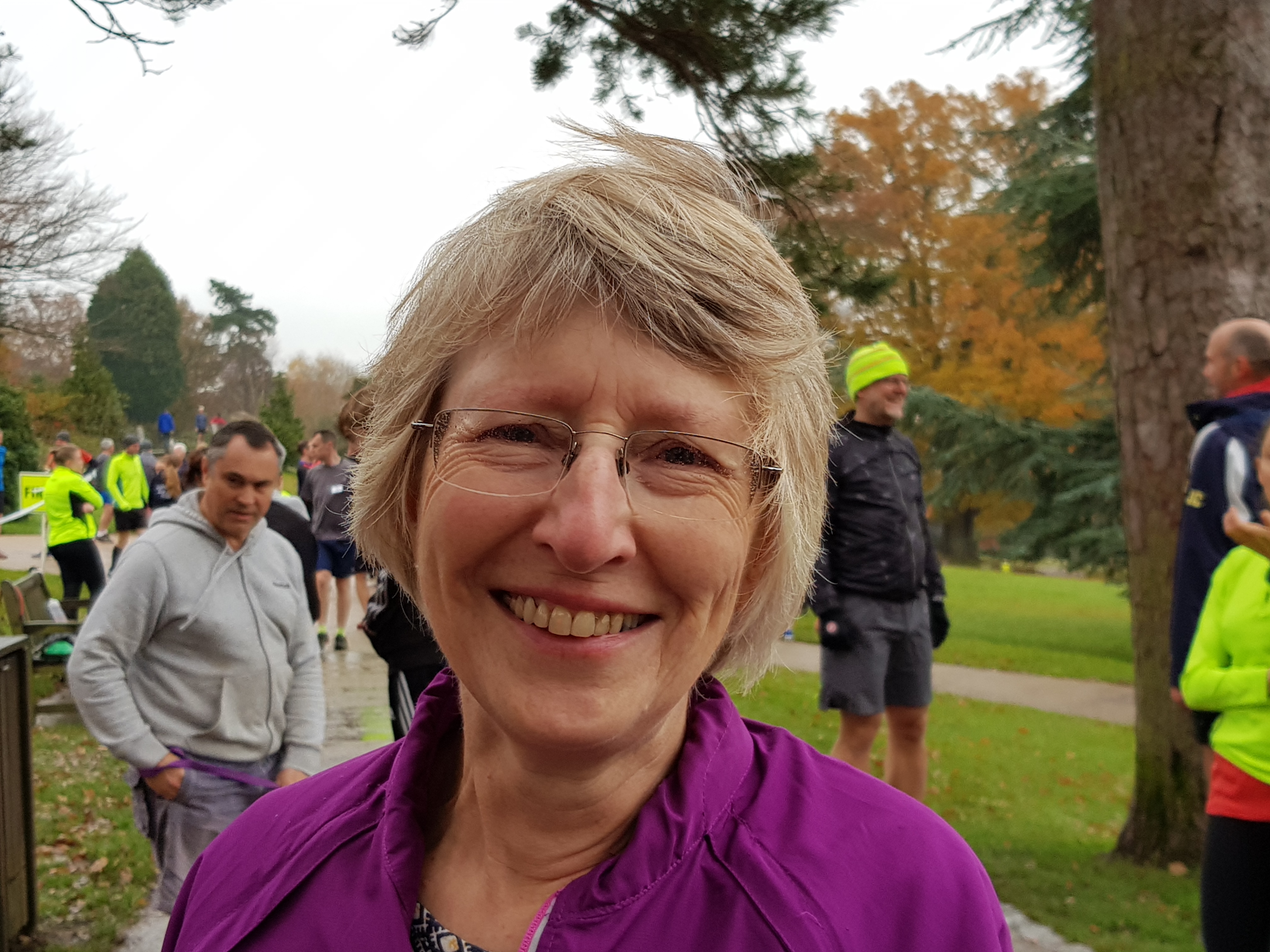 How did you come to take up running?

It was 5 years ago, when I was 61. A work colleague wanted to try out a local beginners running club (Sarah’s Runners) and wanted me to go with her for a bit of moral support. I needed a lot of persuading because I had never done any sort of running before, but finally I did go with her, but fully intended that it was to be a ‘one off’. The friendship, encouragement and helpful running tips I received there, meant that what was to be my one and only visit, kept getting extended and I still enjoy a weekly run with them when I can.

And what about parkrun?

I first heard about parkrun from several people at Sarah’s Runners, but it was a while before I actually got around to getting there. That first run was tough going though. It was cold and muddy and ‘Heartbreak Hill’ was just about the final straw for me. (I’ve never done hills well and still don’t). While plodding up that final stretch I decided that this definitely would be a one time attendance only. As soon as I’d finished, several other runners came over and spoke to me, one of whom was Zena Hassell. It was her friendly words of encouragement and advice to try it again, that persuaded me to return the following week - so “thank you, Zena!”.

What do you most enjoy about parkrun?

I’ve met some lovely people since starting parkrun and it is this friendliness and the taking part in a community event that keeps me coming. I am also so impressed by that faithful core team of volunteers who are there week after week, regardless of whatever the weather throws at them. 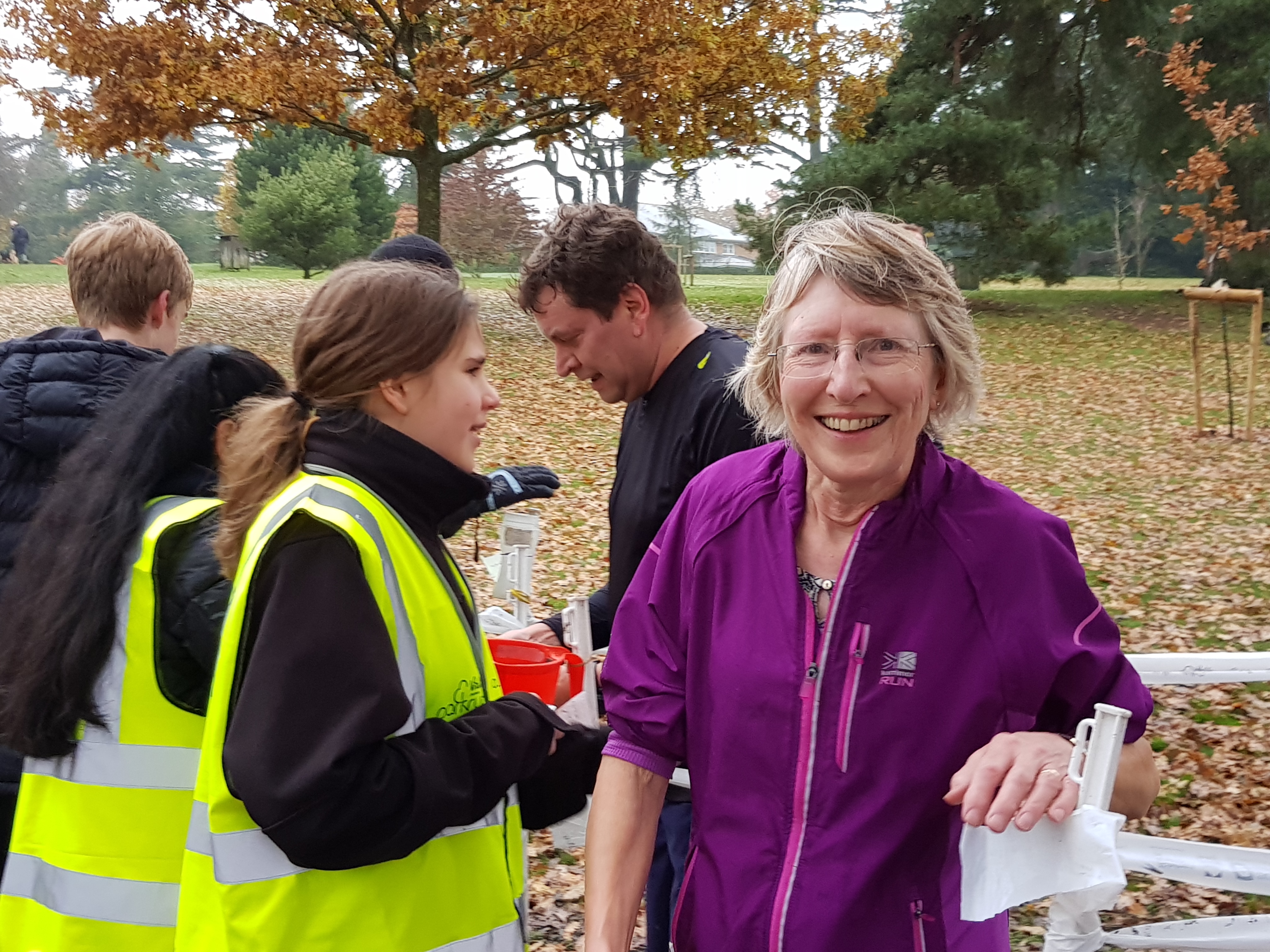 What would you say to someone who says that over 60s are too old to be running?

It came as a huge surprise to me to discover in my 60’s that I could run a bit and more importantly that I actually enjoyed it. It is so true that you never know what you can do until you actually try it.

The only word of caution I would say, is that if you are in the older age bracket and have never run before, it is probably advisable to build up your running gradually. You could join a beginners running club, such as Sarah’s Runners’ or do one of the excellent on-line apps such as NHS couch to 5K. Or, as many do, you could do a mixture at parkrun itself – for example, jogging the downhills and walking the uphills and so allow your body to get used to parkrunning. Going straight into trying to run the full 5k parkrun distance, without having had any previous running experience, for some older runners could be off putting and possibly medically unwise. 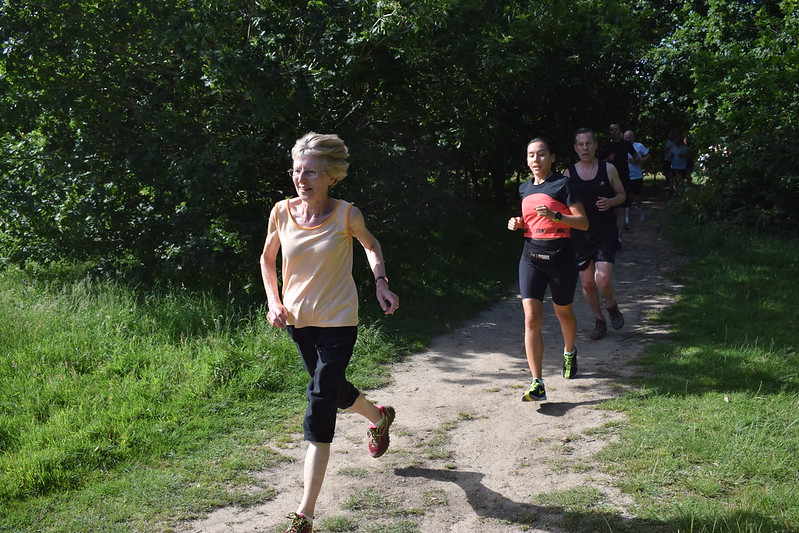 If you could be a parkrun tourist at any event you liked, which would you choose and why?

I’ve tried a few other parkruns, mainly when the Dunorlan event has been cancelled and have been to the Tonbridge, Bedgebury and Penshurst runs. My favourite though has to be Hastings. It’s by the sea, it’s all on the flat (yippee!) and there’s no mud, but it does entail a ridiculously early start.

On a scale of 1 (“I really don’t mind at all”) to 10 (“I’m an obsessive!”) how much attention to you pay to your finish times? Has that changed during the period you’ve been parkrunning?

At one time I would always have said that I was very uncompetitive. When I first started parkrun, it was often half way through the week, before I looked up my timing. (Ed: we think that probably counts as a “2”!) That gradually changed though and now I often find myself looking at the on-line results as soon as they come through! I’m not in the least bothered about where I come on the table, or if I’ve run slower or faster than anyone else. It’s just a challenge on myself to try and keep up a reasonable time.

Corny though it sounds, it really is the taking part that matters. Recently, when the weather conditions were particularly poor, I ‘achieved’ a personal worst, but I was that pleased to have got round the course in one piece that it really didn’t matter!

What’s the most difficult part of the course in winter:
• muddy stretch on path through bushes about 50 metres after the memorial?
• Quagmire Corner?
• Heartbreak Hill?

I still find ‘Heartbreak Hill’ a real trial and am filled with admiration at those who manage a sprint finish on it. 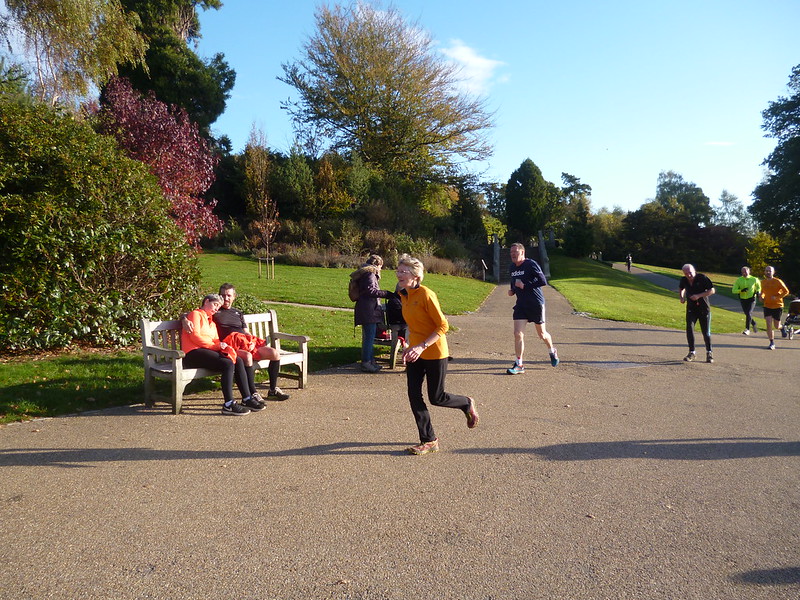 Running is now a real positive in my life and parkrun is a big part of that. I am still not keen on all that winter mud, but the friendliness, banter and encouragement between fellow runners more than compensates for that.