Although the weather was unpredictable this morning, the sun came out just before the runners set off at 9am, which helped to thaw the frost on the ground. Numbers seemed a little lower than usual this week, perhaps due to the start of the Easter school holidays, some regular runners taking part in Manchester Marathon this weekend – or perhaps on a cold morning a few people just fancied a lie in!

Nonetheless, this week 136 people ran, jogged and walked the course, of whom 19 were first timers and 22 recorded new Personal Bests. Representatives of 21 different clubs took part, including Martin Palmieri from Redway Runners in Milton Keynes who chose Rutland Water parkrun for his 100th different parkrun venue. A great achievement!

There were also some fantastic milestone achievements this week – Louise Hacking and Gordon Orr both reaching their 150th event, Natalie Blackwell earning a 50 parkruns t-shirt and George Worthington completing 10 parkruns. Well done to you all!

The event was made possible by 27 volunteers, including our wonderful cheerleaders at the 1k/4k point who gave loads of encouragement and high fives! 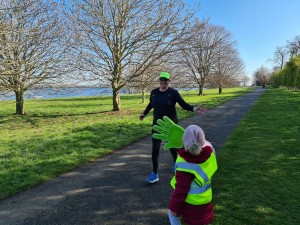 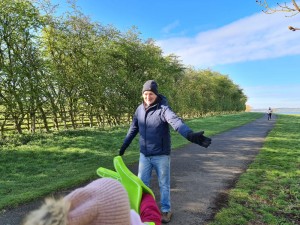 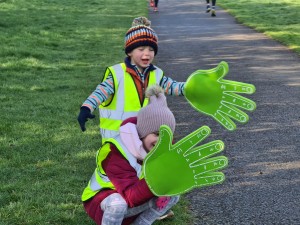