Another dry Saturday morning greeted the faithful Shrewsbury parkrunners, all decked out in their festive finery and ready to run. As always there were lots of wonderful costumes Santa and Miss Santa, enough reindeer to pull a fully loaded sleigh and most notably chief elf, Simon Taylor, who definitely turned heads on his way to Stop after the run. 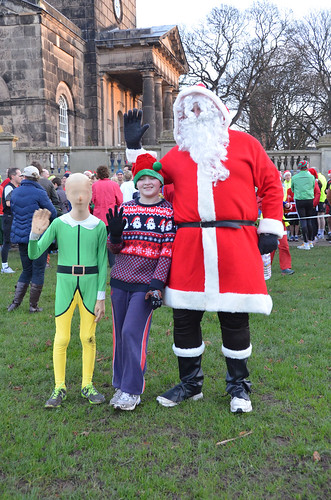 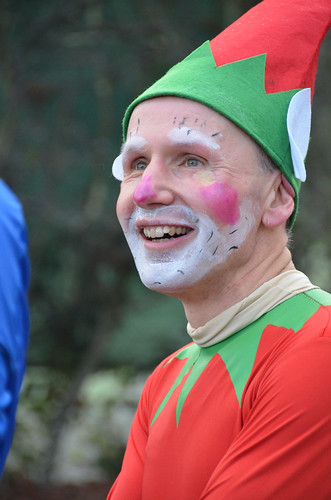 Of course, I must mention our now traditional “Nativity on the run” who were out in force complete with shepherd choir master and again this year they sang rousing carols every step of the way, even on their way up the hill! Well done everyone. 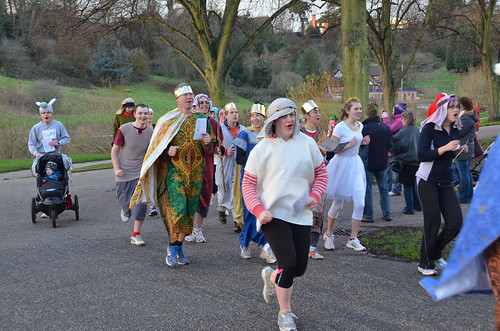 Thankfully there were no issues with ice today and the river stayed within its banks so our course was clear and this was reflected by 53 parkrunners achieving PBs today, including the first finisher Brett Edwards and our very own Geoff Kinlen. Not bad going considering how many were feeling a little jaded after Christmas parties! 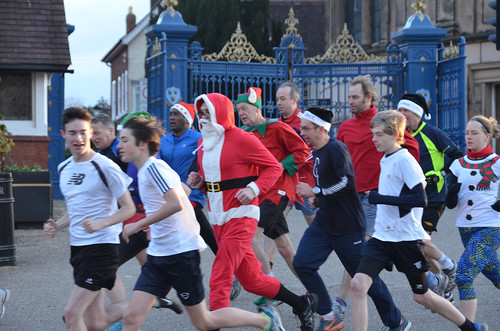 The biting wind made for a chilly morning for the volunteers so a very big thank you must go to them for making our Festive Run happen. There were some very cold feet and frozen fingers as we packed away the kit. 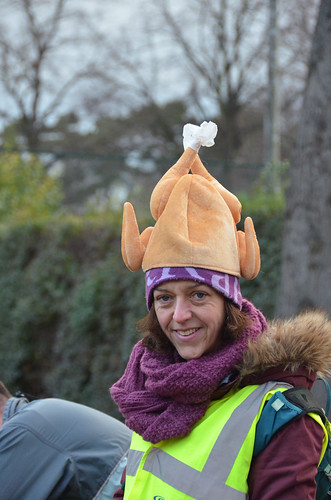 Our Christmas get together was held at Stop in the Musem and I think everyone who popped in for a mince pie and festive punch had a nice time mingling with their fellow runners. There seemed to be a great atmosphere there and I’m sure that only got better for those who went on for a lunchtime time tipple.

I have kept things brief this week and will let Colin’s wonderful photos tell the story of another success event. 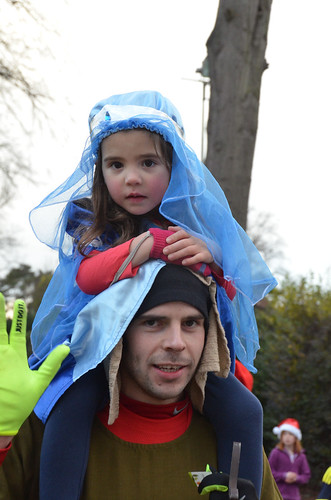 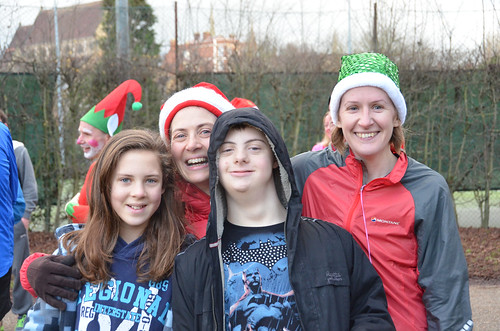 Wishing you all a very Merry Christmas and a Happy and Healthy New Year!

Finally the scores on the doors!