The Valentine’s edition of Sloughbottom Park Run was hosted by a take-over team from Tri-Anglia Triathlon Club who have regular runners and marshals at this venue. Also available today were a selection of pace runners, although they were asked to refrain from making people swim in the River Wensum and bike back. One person not invited today was Dennis. That’s storm Dennis who was hot on the heels of Ciara last week to threaten a cancellation. Well he did stay away and we had just a strong breeze. 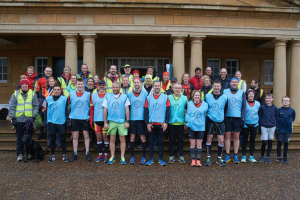 Everyone must have listened well at the briefing as all runners kept to the right along Marriott’s Way aided by our signage and lovely marshals. 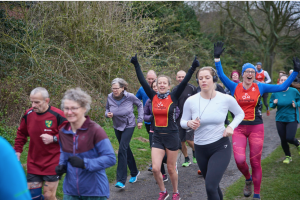 Well done to the 290 finishers who were greeted with a Tri-Anglia flagged finish, a congratulations, that all important Park Run token and then some Valentine Love Heart sweets courtesy of your triathlete hosts. 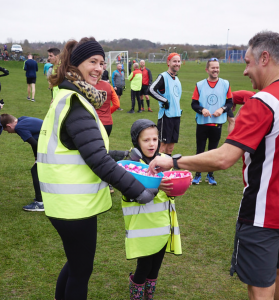 Job done and the marshal team went to the nearby riverside pub for a group breakfast : well deserved!

Today's full results and a complete event history can be found on the Sloughbottom parkrun Results Page.