After a very early walk of the course with one of our Event Directors, Jon, it was clear to me that, with just a small adjustment to the approach to the muddy slope on the field, all would be just fine for event 17. 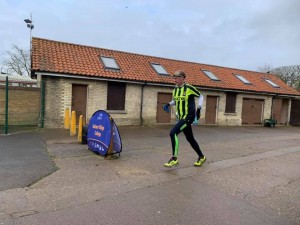 There is not a great deal to report this week other than that, from my vantage point near our parkrun banner and with the music blasting, it was so obvious how much parkrun means to you all. There were loads of thumbs ups, smiles and some of you even combined your running with a bit of a dance!  I put this down to the excellent playlist! 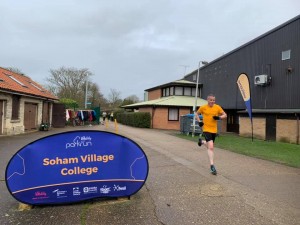 It's lovely that we still have children from one of the local schools coming back for more: this is amazing!

One thing that was notable this week is that we had a group of tourists who, among their ranks can boast having ran at the most different parkrun venues in the UK. I won't go into the precise stats, but some of them have ran at hundreds of different parkruns! 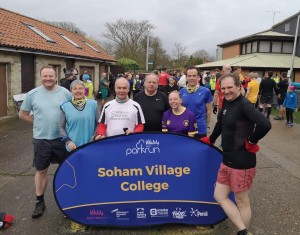 Also, we had a fair number of PBs today, with several regulars achieving their best times for Soham Village College parkrun specifically.  A few of these people are in the core organising team for our parkrun!  PBs are not the be all and end all; but they are nice when they happen!

Now for the stats!

This week 115 people ran, jogged and walked the course, of whom 22 were first timers and 39 recorded new Personal Bests. Representatives of 20 different clubs took part.

Soham Village College parkrun started on 23rd November 2019. Since then 1,124 participants have completed 2,572 parkruns covering a total distance of 12,860 km, including 602 new Personal Bests. A total of 108 individuals have volunteered 413 times.