Clare Lasini, Jonathan Campbell and Kimberley Reynolds were all running for the 100th time, while Patricia Adams was the latest regular at Stormont to earn her purple milestone t-shirt for volunteering 25 times. Earning their red 50 shirts were Michael Jemphrey and Lonnie Law. 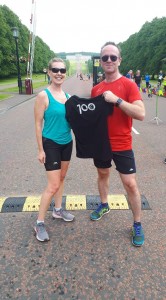 We also welcomed the latest graduating class from the Stormont couch to 5k group, with 25 runners completing their very first parkrun. 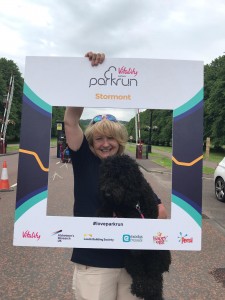 Overall this week 265 people ran, jogged and walked the course, of whom 39 were first timers and 22 recorded new personal bests. Representatives of 25 different clubs took part.

The event was made possible by 17 volunteers.

Brian McVeigh from Newcastle AC was first over the line on his first visit to Stormont, while Emer McKee from Willowfield was first female for the 38th time. She now has 15 more first finishes than any other runner and remains way out in front of the age graded league with a record 91.25 per cent.