We did things slightly differently today, as you likely noticed. Chatting to one of the marshals this morning as runners went by, we agreed that many people appeared to have forgotten the original course, the one that we ran for more than three years, before work on the playpark caused us to take a detour for the last few months. 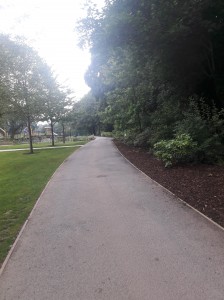 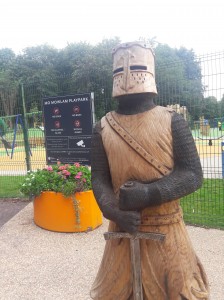 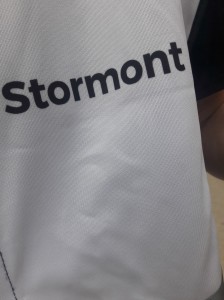 With work to the playpark now complete, and the nice wide, smooth, downhill path open again, the run director decided to send runners along the original route. Some say they like it better while others say they like the alternate route better. The core volunteering team is discussing which course to run in future.

We almost managed to start at 9:30am, that walk to the start line is always longer than it seems. We had 231 runners taking part on a quite perfect morning for a 5k run. As always it was good to welcome visitors and first timers as well as our regulars.

An unknown runner crossed the line first (no barcode, no time, no exceptions), followed closely by Emer McKee as first female for the 41st time. Forty. One. Times. Congratulations Emer.

Back to those first timers - we had 28 today. There were 30 runners who recorded personal bests. Whether that had anything to do with us running the original, officially measured 5k course this morning, is unclear.

Representatives of 20 different clubs took part and the event was made possible by 19 volunteers. If you would like to volunteer with us, all roles are straightforward and we are a pretty sound and modest core team, so come have a chat to one of us, or send us an email.

As always, we had a good few dogs running today. Some of you may have already heard that we plan to publish a special feature about the dogs of Stormont very soon. Details on how to have your dog appear on our website can be found elsewhere on this news page, and on our social media pages.

Finally, Stormont parkrun will be celebrating its 4th birthday on August 31. In almost four years, we have had 6,859 participants complete 39,508 parkruns covering a total distance of 197,540 km. We hope to see you on the day, and every Saturday.