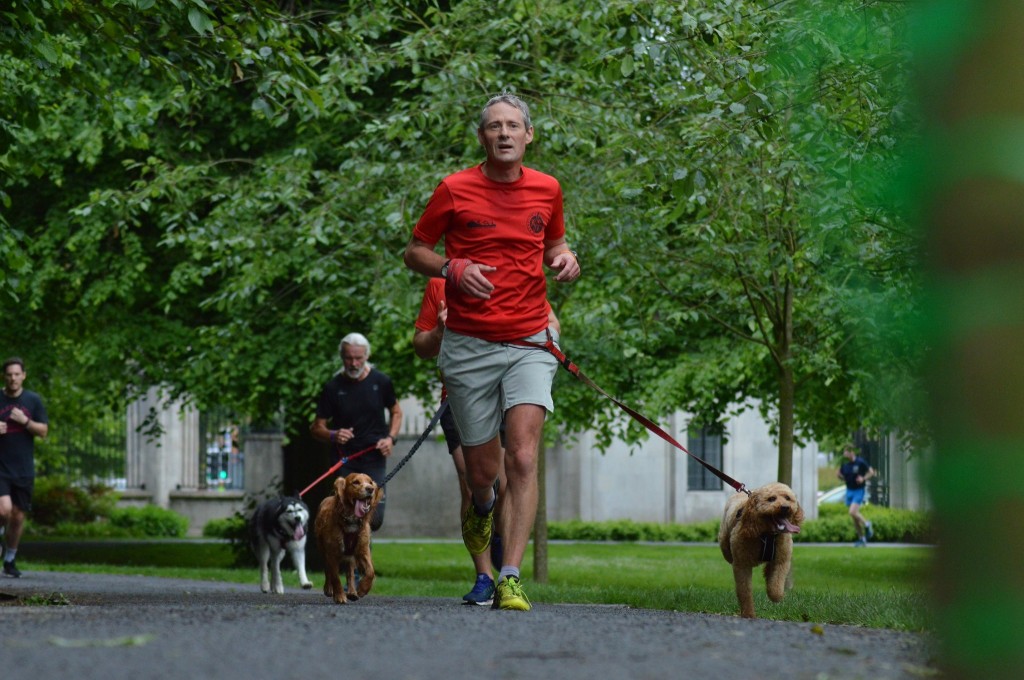 Folks love to jog with their dog. It is how some of the run directors at Stormont re-discovered running after years of inactivity.

From, Pome-run-ians to Daschunds to `Weimarunners', we have our regular barkrunners each week trying to better their personal 'beasts'. We like to look after them too with fresh water and biscuits at our refreshment stand. Here we meet a few: 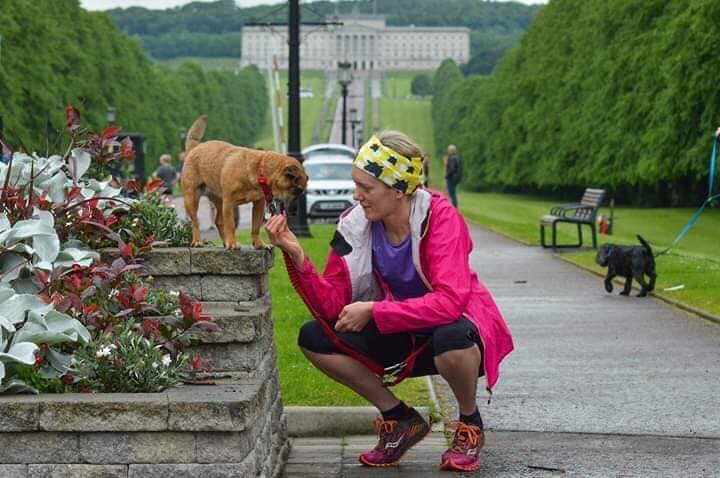 Veda likes to be both seen and heard, and gets quite excited at the start line. That one dog you can hear above all others, that'll be Veda. She can be found running around with Susan and Davy and has visited many different parkruns as a tourist too. 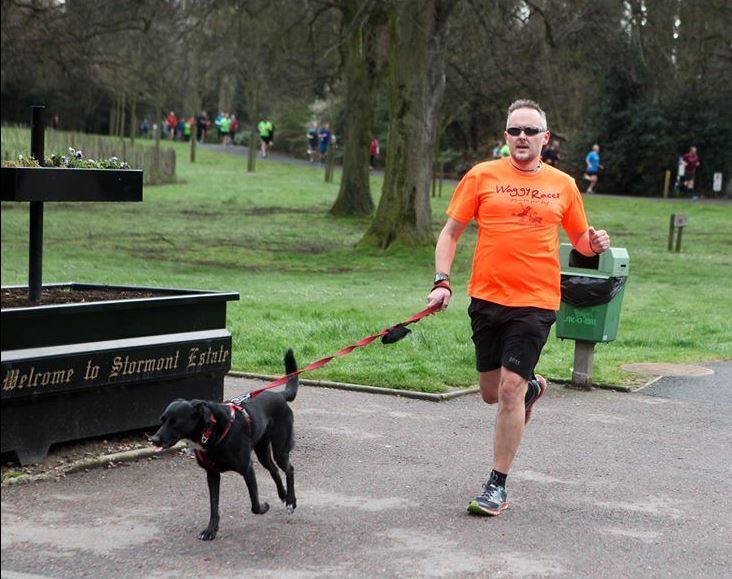 Minnie likes to make her own announcements before a run, but once the whistle goes, it's a heads-down gallop to the finish. She loves being first dog and has been first female (of any species). With 100+ runs, she thinks dogs should get milestone collars. 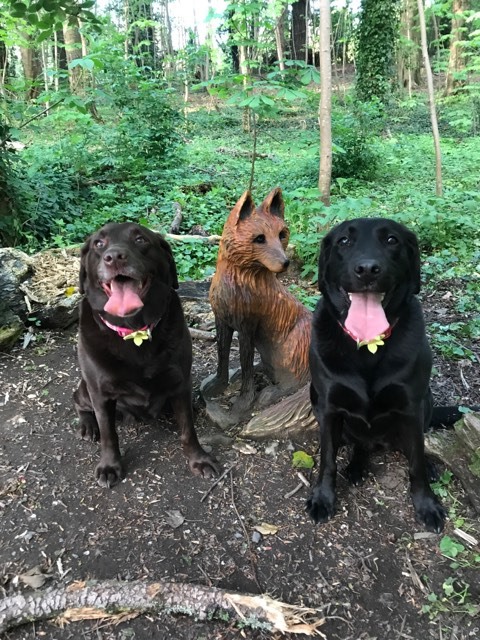 Veterans of Waggy Races where they have won podium prizes with our run director Aaron, this pair enjoy exploring Stormont Estate and its wonderful woodland trails. They are typically left at home when we know there is going to be cake. 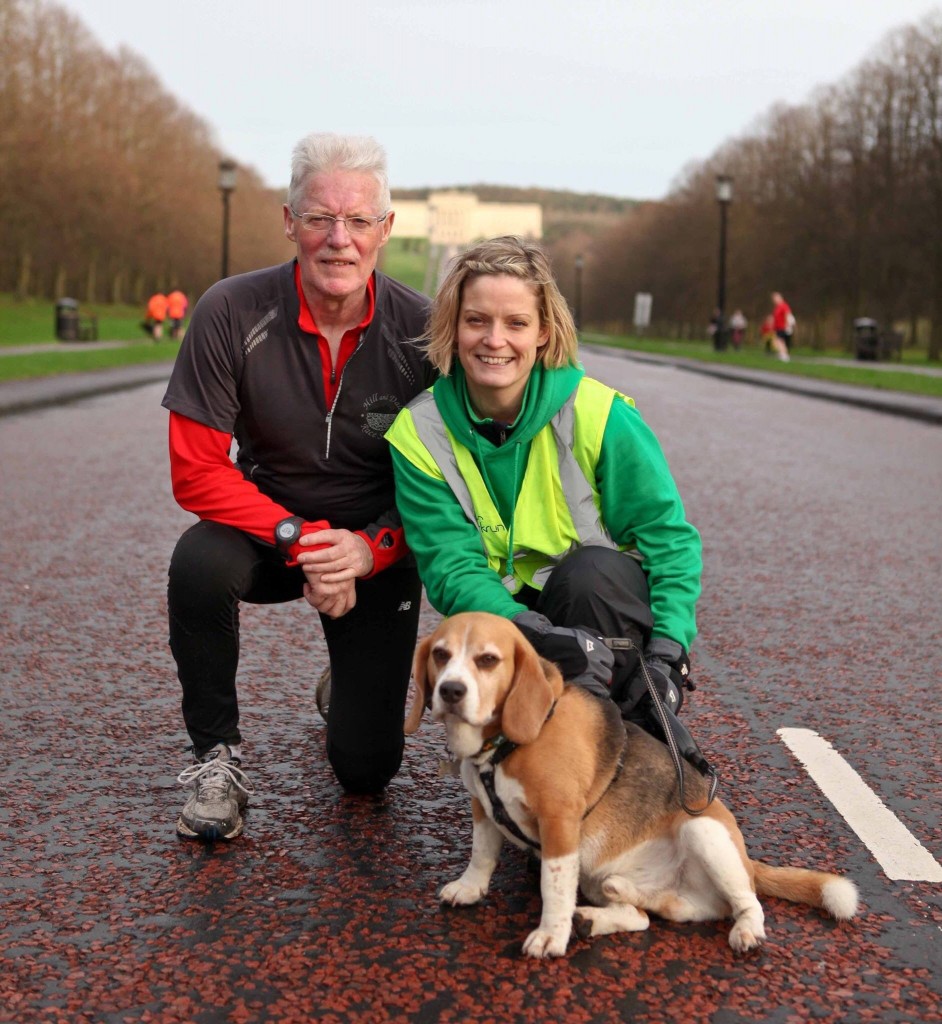 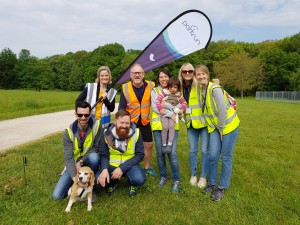 Fred was a Stormont parkrun dog, until he went international. He is now chief mascot for Nidda parkrun in Frankfurt where he enjoys all the attention from his fans and takes any opportunity to steal cake. 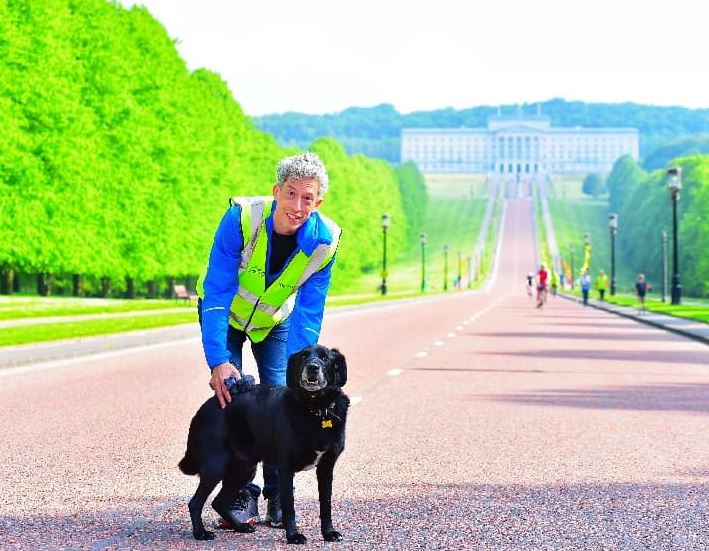 Since his first run in 2013, Chester has taken eight minutes off his PB. He'd be much faster if it wasn't for the `dogs on leads' rule. He's been known to reply to social media posts sent to the core team, on behalf of run director Simon, who is not on FB, ok? 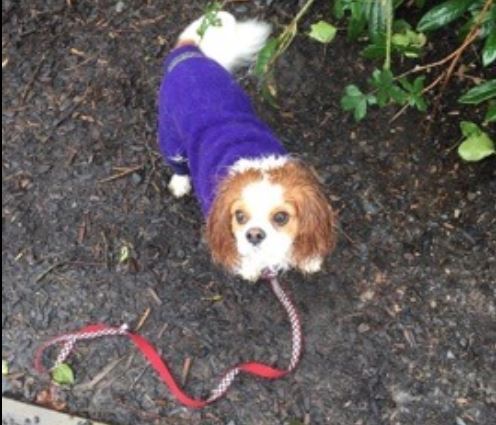 If they awarded purple milestone shirts for dogs, Poppy would have been one of the first to earn one at Stormont. She enjoys marshaling with her owner Caroline, and loves volunteering so much she donated her treat tin to us so all doggos can share biscuits. 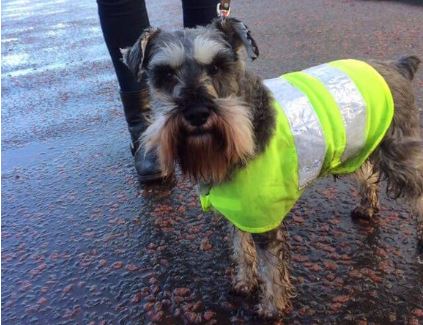 Look at this cool dude in his hi-viz. Ernie is clearly one furry-faced pup who takes his volunteering seriously. That look on his face is one of focus and concentration, as runner safety is his priority. Ernie also likes to bark encouragement at runners. 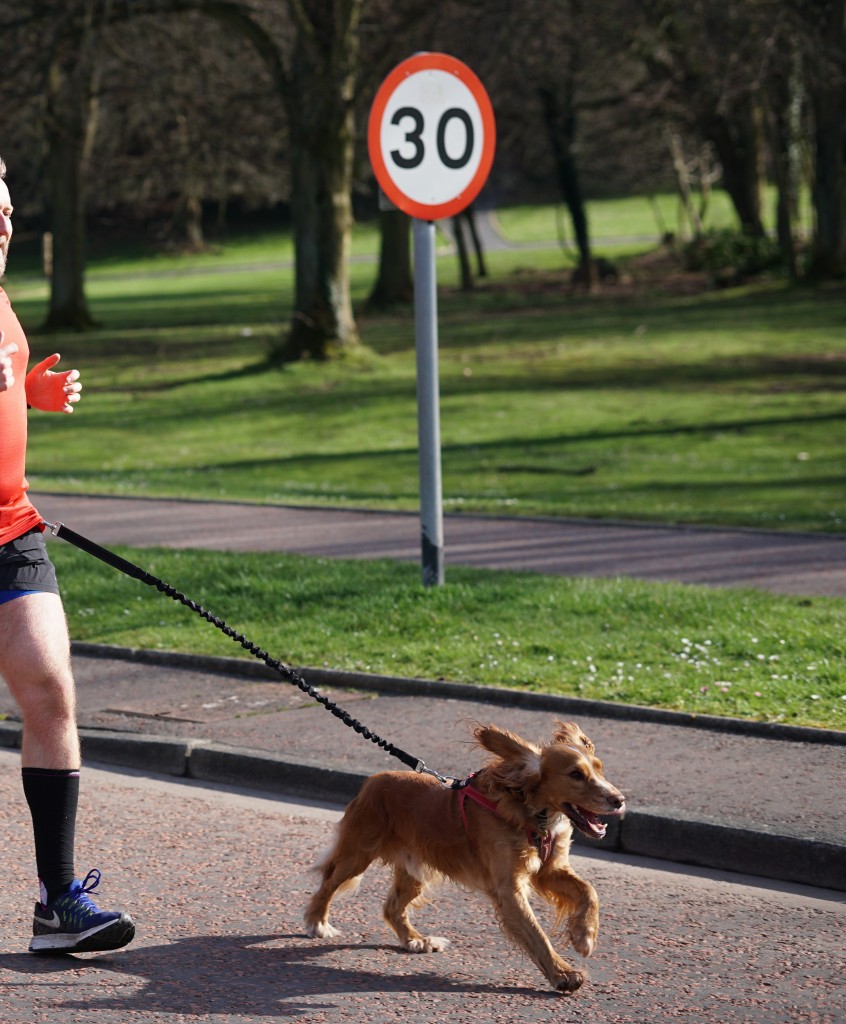 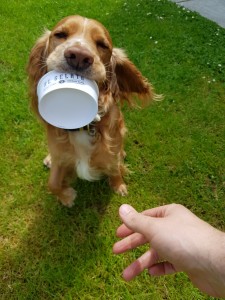 A parkrun veteran, known for making a lot of noise at the start with his buddy and fellow Cocker Spaniel Eva. He races off the line like a rocket before his human runs out of steam. Loves cold mornings & muddy puddles. (IG: @alfie_cocker_spaniel) 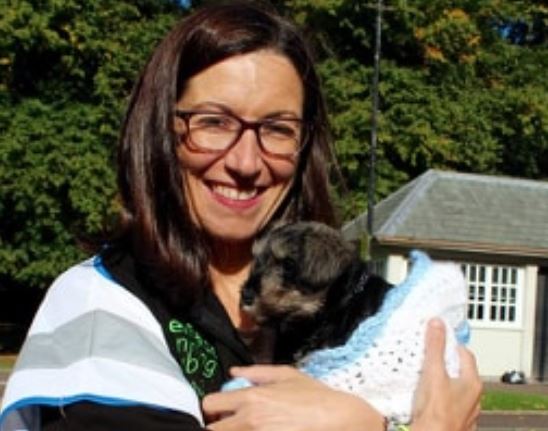 It is not very often that dogs run the show, but Beans was the youngest puppo to be run director with us. He even had a run director blankie knitted by his granny. He is now a doggo model so doesn’t have a lot of time for volunteering unfortunately. 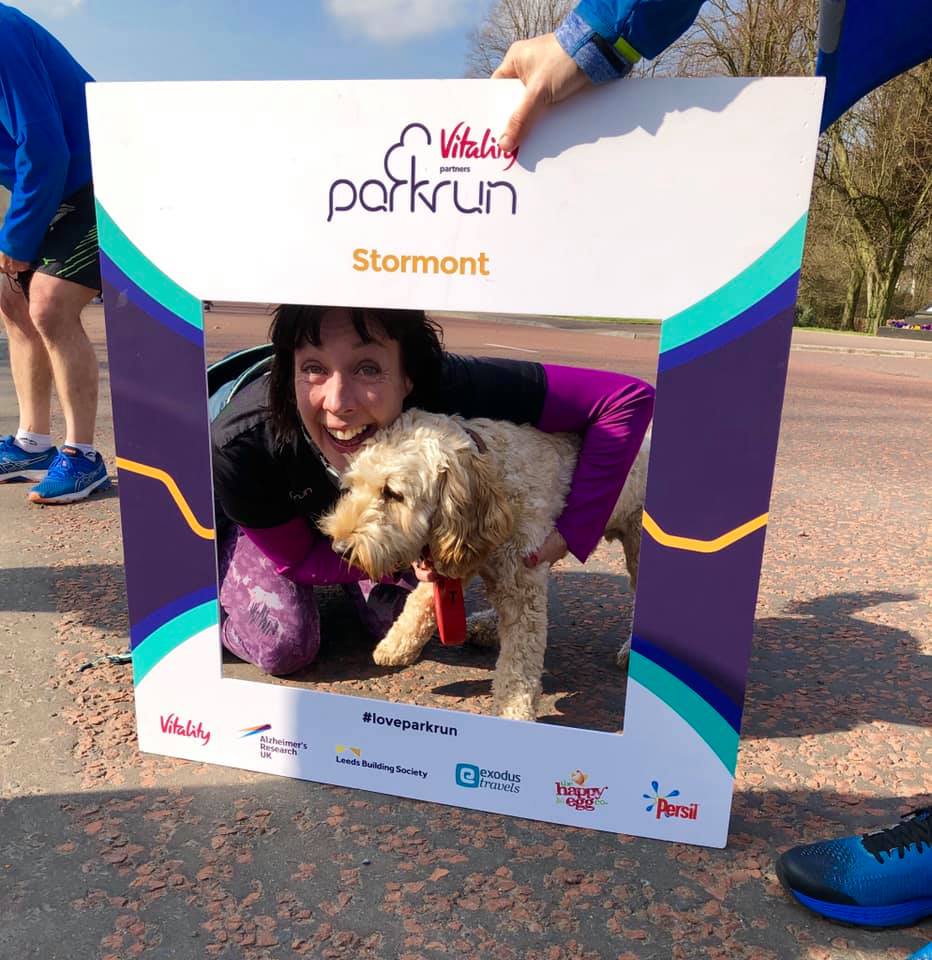 Stanley is a bundle of energy and enjoys volunteering as tail walker with our run director Marianne. He also likes to chase and piggyback other dogs, especially his girlfriend Bella. Woooooo Stanley. 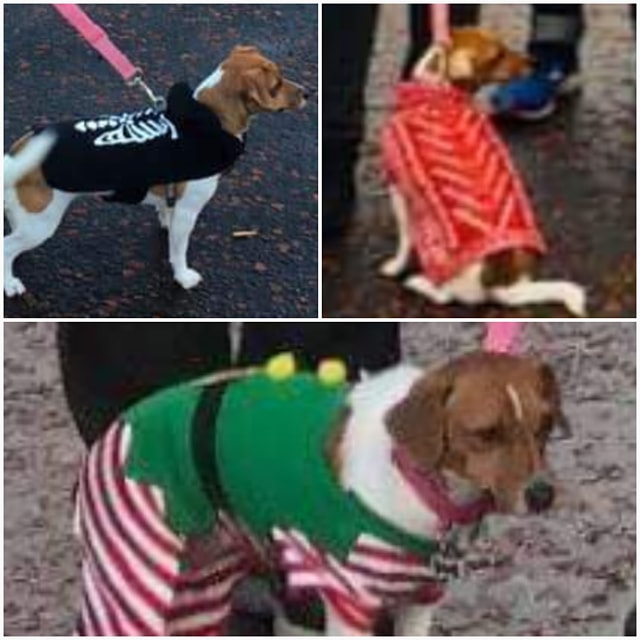 As you can see, Cara has an outfit for every occasion and is one of our regular doggo volunteers along with Karen. She has helped with tokens, stopwatches, bark-code scanning and marshalling. 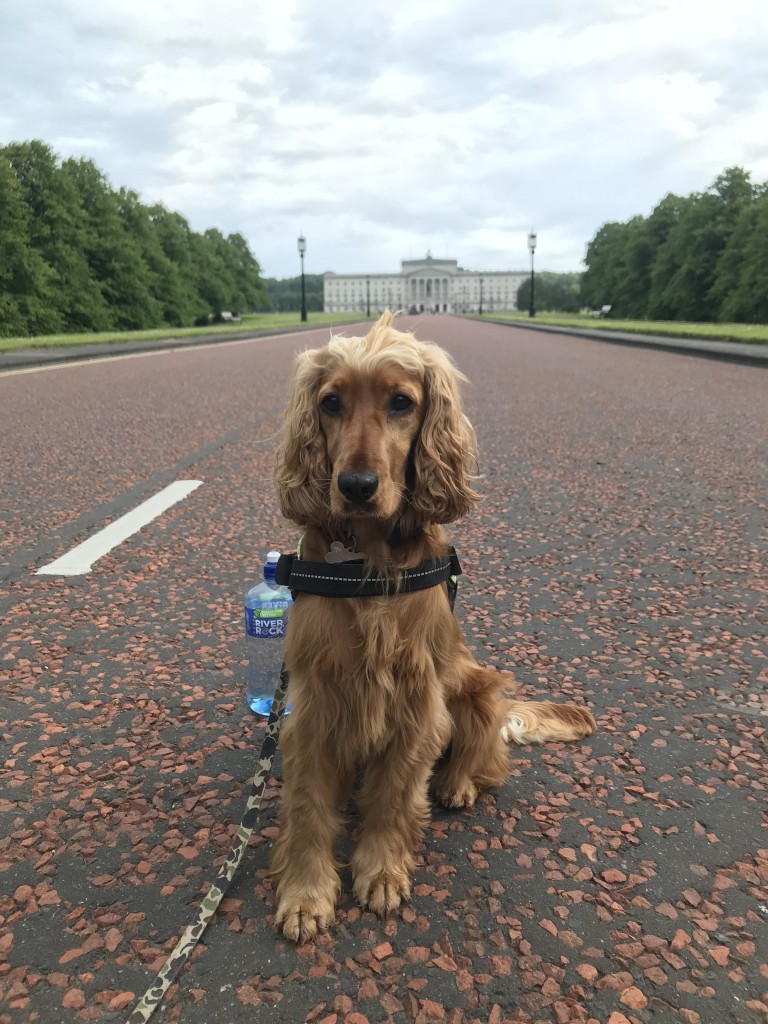 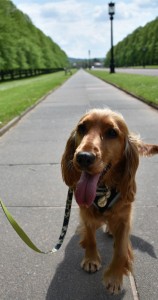 Eva (IG @trumpdawg) holds a `golden paws' in the 400m sprint events. She is sometimes referred to as the parkrun princess due to her desire to be carried to the start. Vocal, some assume she must be related to Alfie, another equally loud spaniel. 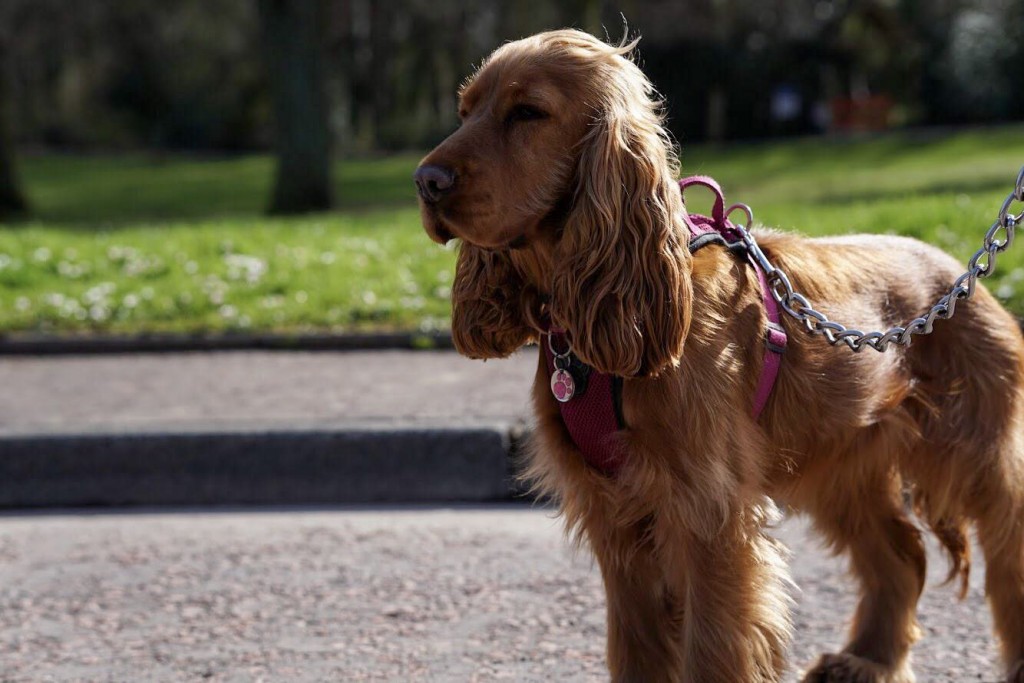 Parkrun is more than just a run. For others it is about the community and supporting their family and friends. This is Amber, her mummy's best supporter who patiently waits to see her running down the Mall for a big hug. 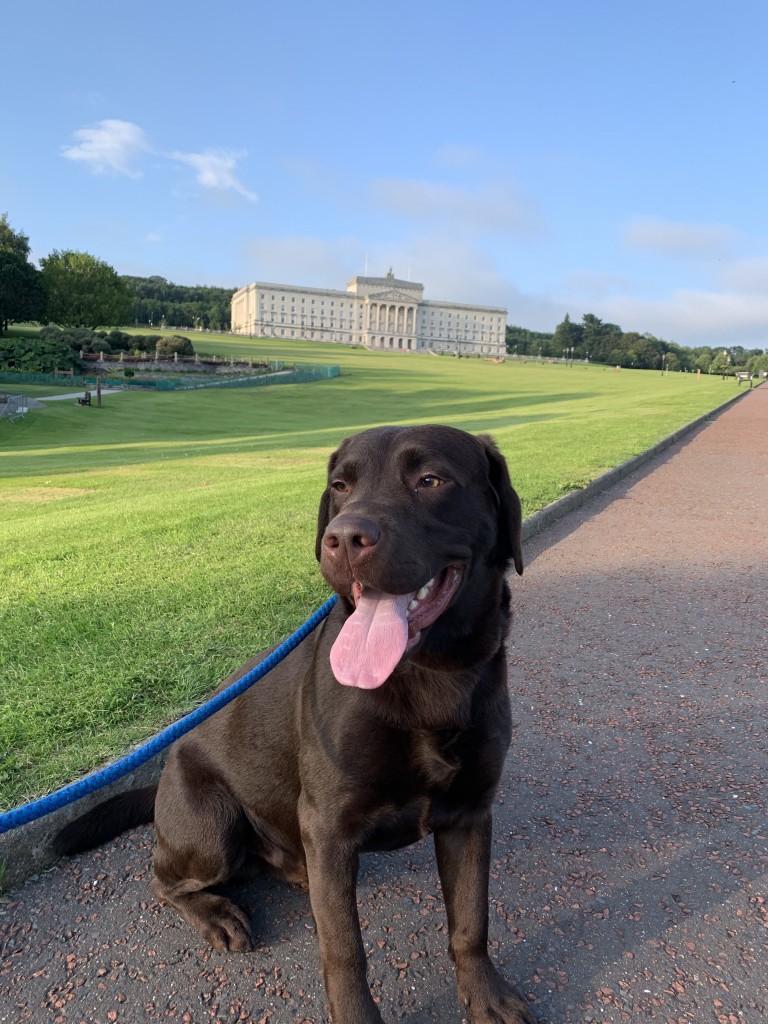 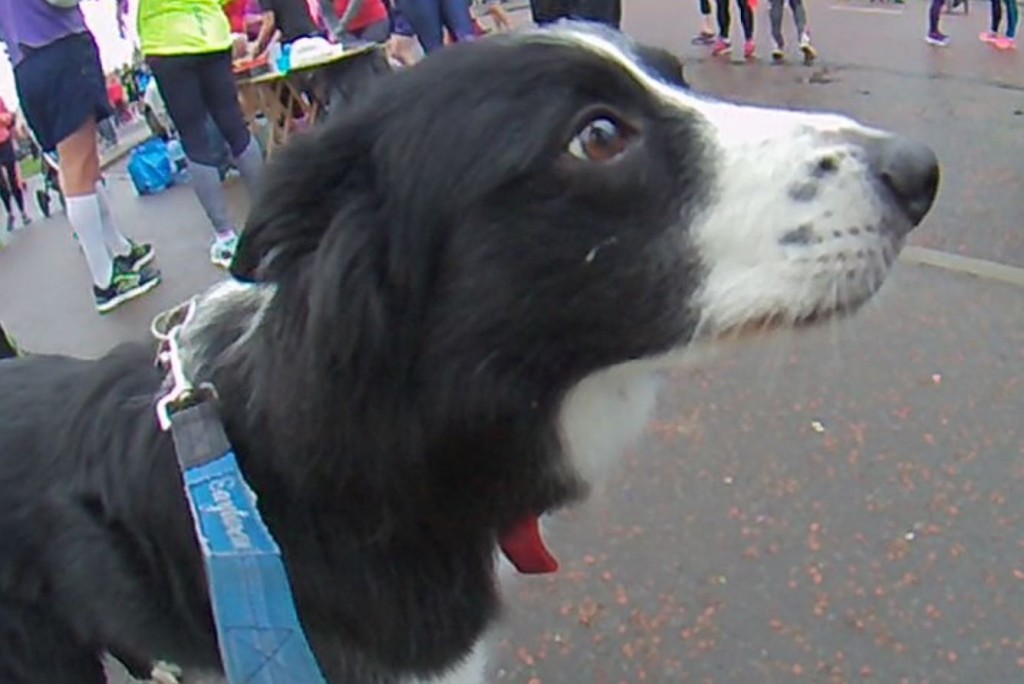 A parkrun tourist, he especially likes Stormont as there are loads of trees he can claim ownership of. When a pup, Oska was hit by a lorry and ended up in a rescue centre. As a result of his accident his front right paw is fused at the ankle, but this doesn't stop him. 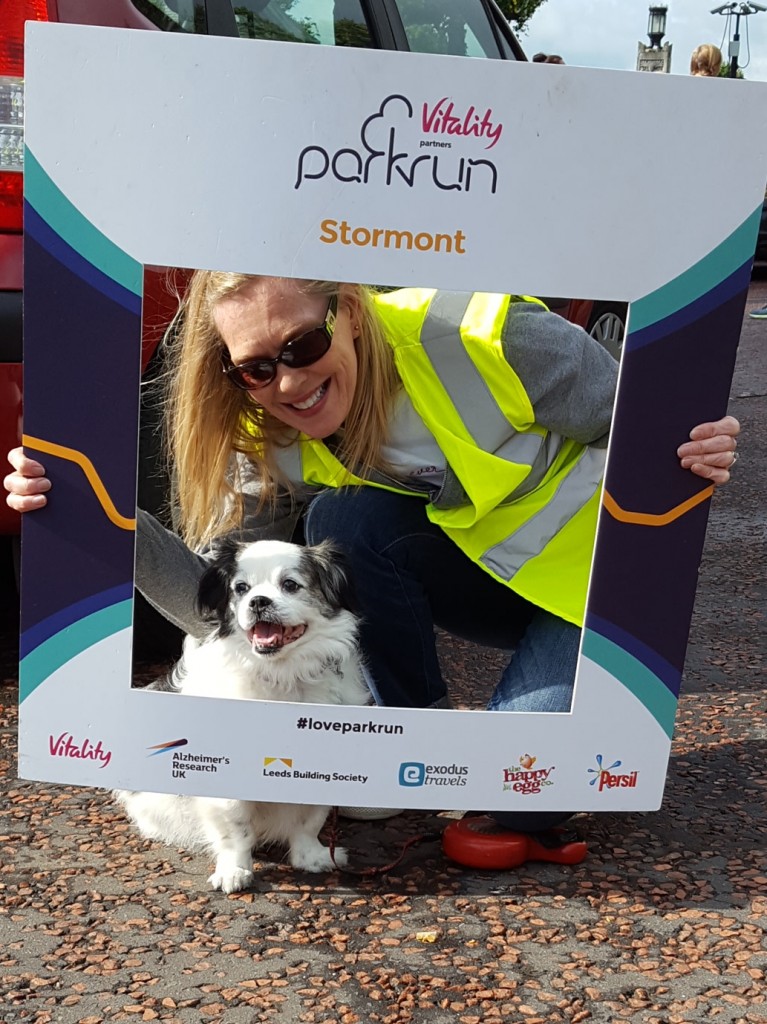 Originally from Italy, she now lives in Magherafelt and visits Belfast every summer. She doesn’t like running too much anymore but recently marshaled and enjoyed munching doggie treats and watching the runners. She can’t wait to return to Stormont parkrun. 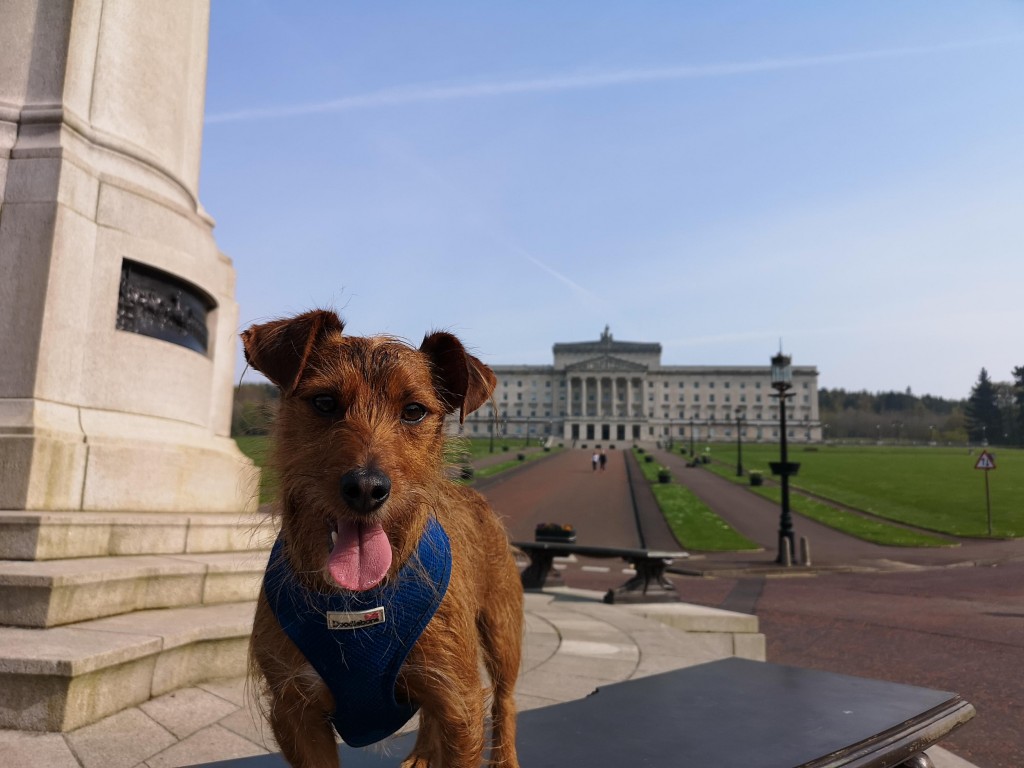 Rusty is an enthusiastic runner and often parkrun isn't enough. The doggy park is a must to say hi to other doggies. Rusty is good friends of Veda, Davy & Susan and well known by Scrabo Striders. He drags his mum Lorraine round Ards many a morning. 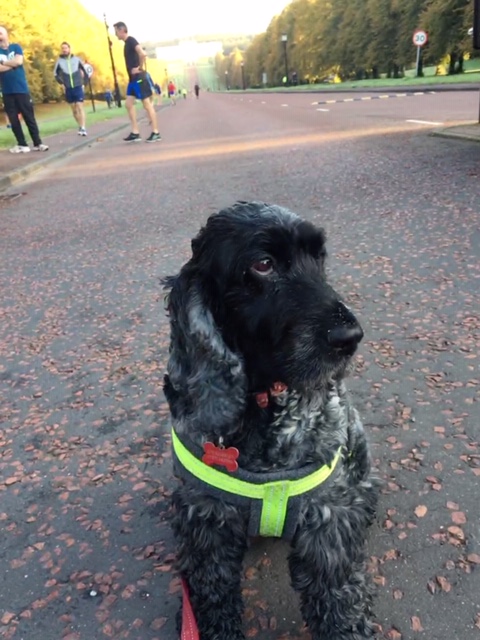 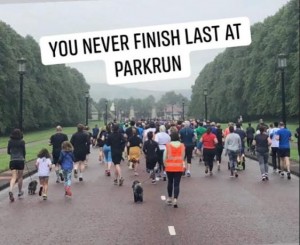 This handsome chap is Zippy, bringer of PBs. A bit nervous to begin, Zippy loves nothing more than the open path in front of him. He’s a good citizen too and has been known to volunteer as the Waggy Tail Walker. 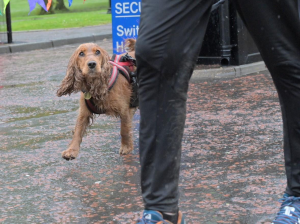 If you would like your dog featured on this page, please send a photo of them at Stormont parkrun and a few lines (no more than 50 words) to stormontoffice@parkrun.com