There was a time before I was a core team member at Stormont when I was a borderline obsessive (past tense ok?) parkrun tourist.
I'd not go out of my way to tick arbitrary boxes, try to earn unofficial animal print buffs or collect letters of the alphabet or suchlike, but I would pop along to other parkruns "if I'll be there anyway".
Except once. January 1 2015. 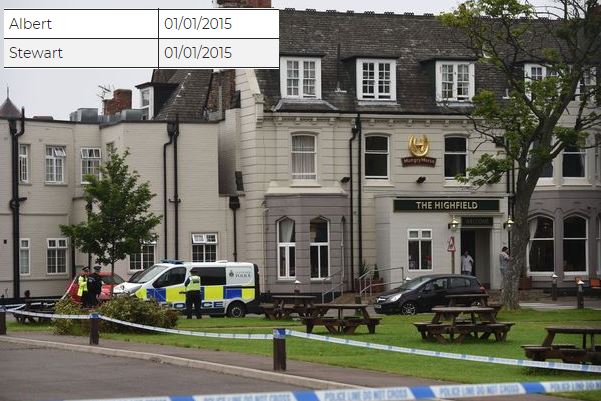 Ahead of a planned visit to Newcastle, I found myself in a hotel room above a noisy pub in nearby Middlesbrough on New Year's Eve. Look up the definition of the word "grim" and you'll have an idea. But why on earth? Why, because two parks were hosting New Year's Day parkruns, at different times, and both counted, is why. It made sense at the time.
Fast forward a few months and Stormont parkrun was in its infancy.
After a few more weeks, and Stormont was established as a popular event, I started asking other event teams had the double I, erm, enjoyed? in Middlesbrough, ever been an option in Northern Ireland. The answer was "no". So, along with Comber, we arranged to host the first local double in 2016 - they'd start at 9:30 and then we would follow 90 minutes later.
Ask someone who was there that day to tell you about it and watch their eyes glaze over in a thousand-yard stare. We still bear the scars.
The short version is Waterworks had been cancelled due to ice and a lot of runners made their way to Stormont. Add to that the crowd, on buses, coming from Comber, and our own regulars, and the 500 runner barrier was broken for the first time anywhere in Northern Ireland. 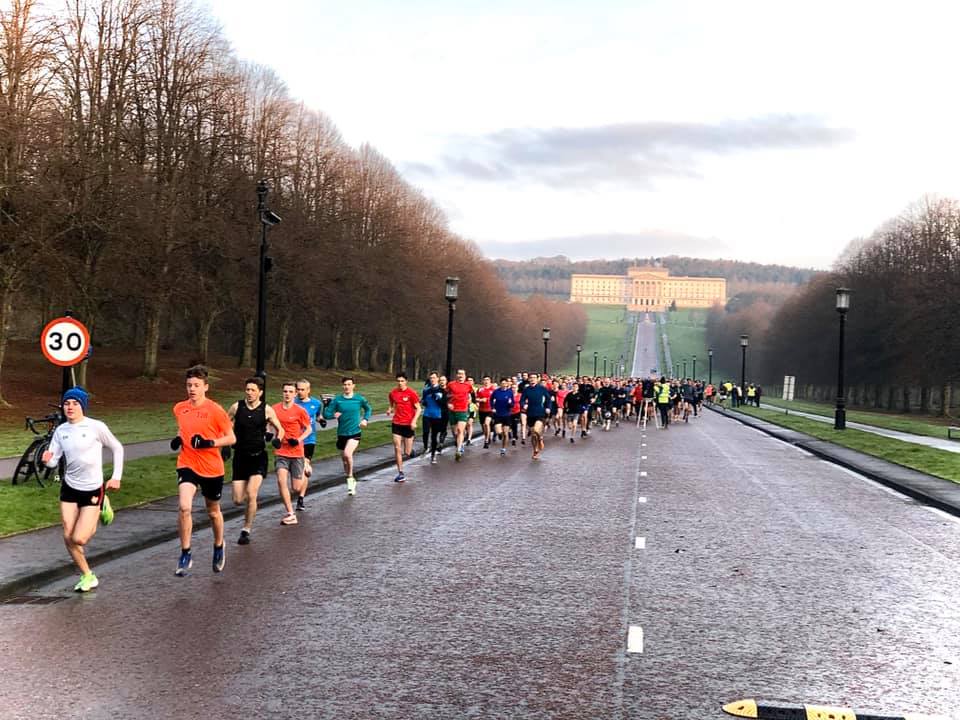 That 500 now seems miniscule compared to the last three years - 654, 644 and a huge 776 this year.
At 9.15, we thought we would get off lightly. But in typical flashmob style, runner after runner appeared.
Every year, we chat as a team about how we can improve things in future. We make small changes - more tokens, extra scanners, a longer funnel - but numbers continue to surprise us. Almost 800 out running in the beautiful estate on the first day of the year was both astonishing and unexpected.
That figure of 776 is the highest attendance ever recorded in Northern Ireland, breaking the previous record by more than 120.
Across six greater Belfast venues, there were more than 3,000 runs logged this Jan 1. All our neighbouring events also set attendance records. 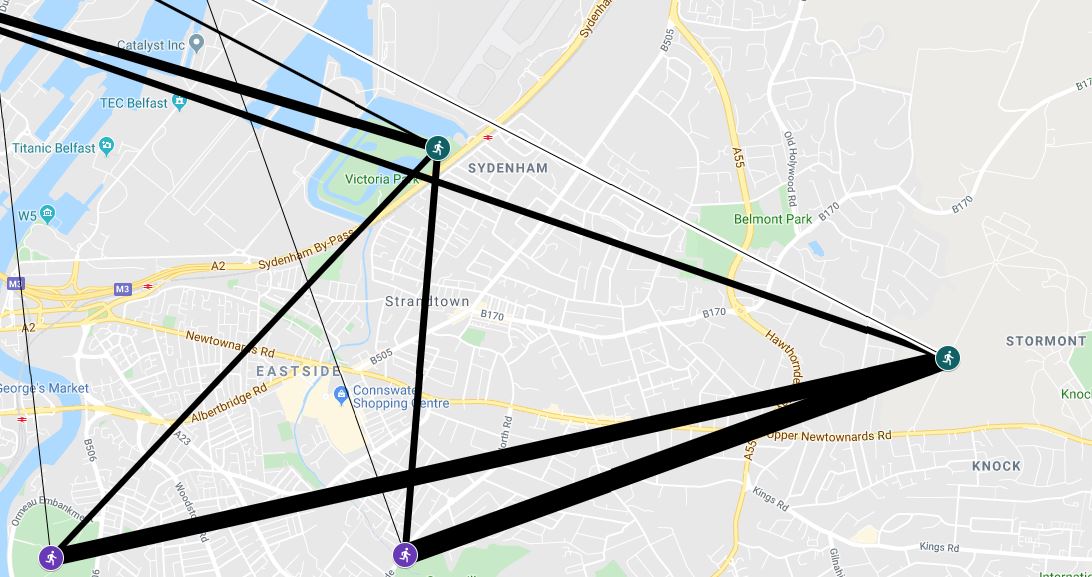 Destinations of parkrun doublers on NYD. Picture by parkrun statsgeeks

Almost 450 runners who joined us at 9:30, completed a second run later the same day - 210 joining Orangefield, 162 taking part in the `Stormeau' double, 65 travelling to the north of the city and Waterworks and six having enough time to get to Antrim.

We laughed nervously when asking "what if Vicky park hadn't also been on". We are glad they were, otherwise we might have had to consider locking the gates.

Among our 776, there were an amazing 161 first time runners. It isn't always as busy. Queues to cross the finish line are exceptional and hopefully, with a few tweaks, won't be seen again.
As always we had a strong team of eager volunteers, led by our Event Director and founder Mel, and many thought on their feet to help handle the large crowds.
We are already discussing how we can make Jan 1 2021 run more smoothly. It is hard to imagine ever topping 776, but then we never thought we'd better 654. As parkrun continues to grow, it stands to reason that Stormont will as well.
We will celebrate our fifth birthday in August but long before we even think about how to mark that milestone, we are planning for this Saturday and, hopefully, normality.