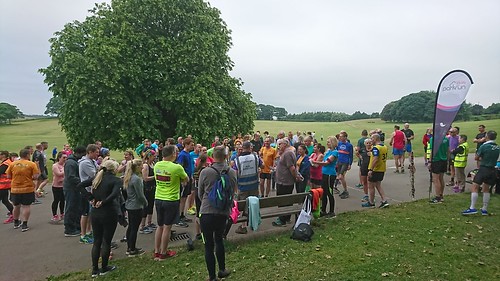 On a lovely morning we had a great turnout of 196 people who ran, jogged and walked the course, of whom 41 were first timers and 29 recorded new Personal Bests. Representatives of 19 different clubs took part.

Massive thanks to everyone involved. Today's full results and a complete event history can be found on the Temple Newsam parkrun Results Page.

A set of pictures from the run can be found here.

Just to remind everyone there is no parkrun this week, see you back on the 23rd June.