Our aim is to inspire women and girls to participate at parkrun and that's why we at Tewkesbury parkrun are getting involved with International Women's Day. 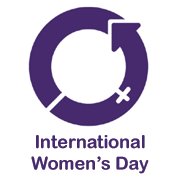 An evolving FAQ’s document for #IWDparkrun can be found here.

Talking of inspirational women, it was great to see Charlotte Arter (A71120) break her own parkrun world record (by just one second) on Saturday, finishing in 15:49. Since the very first Bushy Park Time Trial back in 2004, our events have championed everyone (the first and final finishers were awarded prizes that day) so as much as we celebrate ever-slowing finish times, we also celebrate the super speedsters. In the last 15 years we’ve seen 23.4 million 5k parkruns completed by women, to have run the fastest of them all must feel pretty cool.

Christmas Day parkrun will NOT be on this year, however, we will be having a New Years Day parkrun

Tewkesbury parkrun will be running on Christmas Day at 09:30 hours, we look forward to seeing everyone in your best Santa hats or Christmas Day jumpers

For the last two years I have been on a parkrun tour – only repeating 1 event in all that time, and even that isn't my official home parkrun!  The joy of parkrun is that once you have your barcode (and a decent internet connection) you can find a parkrun near to you and turn up around 9am and take part in a great free event.  It opens up a whole world of adventures.

For the first time for a month when I woke this morning I hadn't got a clue where my barcode would take me!  Last Sunday, I knew which parkrun I wanted to visit based on its region (I want to complete all the East and West Midlands Region – only 3 to go!) but that had a report writer booked for a few weeks ahead so rather than plan ahead I forgot all about it!

So at 6 am with the alarm just silenced I scanned my list of 10 nearest events that I had yet to run and picked number #7, scanning the roster and news page – saw that with a willing Run Director I would be able to run and write!

So just before 7am my family and I set off for Tewkesbury.

We arrived early!  Very early!  Before any marshals or the Run Director. In fact the Rugby Club carpark had yet to open!

After a nervous few moments that race through a visitors head: Am I at the right place?  Had the parkrun been cancelled as I drove here?  Do we need to switch to an alternative?  A few cars with runner types passed us in the council carpark.

Soon all the parkrun traveller's fears had been set aside as the rugby club opened (nice toilets!) and the team were starting setting up. After locating Nicola Emmett, this week's blue and white tabard wearing RD, I managed to talk her into letting me write the report

but after reading my missive she might regret the early morning decision!

Initially writing the parkrun report became a way of me recording all the different venues I visit and sharing my experience of each event with a wider audience but has also become my way of saying thank you to the marshals and regular runners at an event.

When I run I do try and say thank you to every marshal I pass, but after a sharp incline or trying to go too fast, I can sometimes only manage a signed thank you gesture.  So writing the reports is my way of thanking the team of #HiVizHeroes – the volunteers - and capturing them in a picture in my homemade parkrun frame (was this week the first time I have snapped the whole team on the roster?)  So I offer a huge THANK YOU to Alan WHITBY  •  Andrew EMMETT  •  Claire ASHMORE  •  Jamie DAVIS  •  Janice KENNEDY  •  Jason PARTRIDGE  •  Jean MANSFIELD  •  Matthew Peter JONES  •  Nicola EMMETT  •  Philip JEYES  •  Sally WHITBY  •  Sophie DAVIS  •  Stephen ALEXANDER & Wayne DAVIS for making this run possible today for myself and the 78 other runners.

After the wet & cold mornings of many of the parkruns that I have written about this year, this morning was gorgeous.  An azure blue filling the sky, lush verdant green grass sparkling with dew of the park and the air warmed by the sunshine.  It was to be a warm parkrun but I doubt the view of the Abbey (the 3rd biggest in England!) has ever looked better on any of the other 129 parkruns.

Jess RAYSON, Gina PRESCOTT, Ben FRANCE, Stephen HAMMERSON & Duncan HUNTER joined the parkrun family today at Tewkesbury in the glorious weather.  If you can manage to run in this sudden heatwave you can cope with any weather so we look forward to welcoming you back soon to Tewkesbury or anywhere your barcode takes you to run your second parkrun.

After the run safety briefing a few announcements were made about a few possible milestones it was discovered that they weren't present!  However on scanning the results, I have found one that definitely deserved a clap this morning.  Although not technically a recognised milestone (one that comes with a t-shirt) Ken SAMUEL ran his 200th parkrun today his 102nd at Tewkesbury! So a huge well done for that.  Christopher DEAN was on his ice cream run today (99) so look out for him over the next few weeks as he celebrates his 100th.

The run started – after a second more forceful request 'GO!' from the run director, maybe even those speed demons were enjoying the much awaited sunshine to start like whippets out of the trap! The downhill hurtle towards the Abbey was a joyous start to a parkrun – I can say this now but whilst I was running the four laps I didn't see the Abbey at all!  I am claiming I was totally focused on my form and running well – as it is a huge building that you shouldn't be able to miss!

The course wiggles over the park and around the pitches on grass cleverly to get in the 5km route.  For the initial two laps I needed to follow other runners, the yellow marker arrows and directions of the cheerful and supportive marshals on course, one of whom raced around a Welsh Marathon last week smashing his sub 4 hour target! But rather than give his feet a rest up this weekend was out on course clapping and encouraging us rather hot and weary runners.  However by lap three, you could follow the silvery trail that 79 runners feet had caused by flattened to a track the long grass. Tewkesbury parkrun isn't flat but couldn't be classed as hilly either – probably undulating would be a good description, a lovely test of running.

Before I started my 2nd lap, Kevin SHEPPARD (VM35-39) breezed past me as he stormed home to take the No. 1 token in 16:30.  First timer to Tewkesbury, Emily HOWES (SW20-24) crossed the line in 23:56 in 15th place over all to become first lady home – Emily has an interesting parkrun record, logging 3 parkruns at 3 different venues!  Will she continue this trail of tourism – 100 parkruns at 100 different events in a row is called a Bailey so that is still on the cards!

After the last climb to the monument, the short downhill to the finish was very welcome indeed to the beep of the timer and handing out of the position token.

Where I am very much a parkrun tourist (this being my 99th different venue worldwide) Stuart COXSHALL is a passionista having run 63 parkruns all at Tewksbury, the reason I single him out for special mention in my report is not just for being one of the 6 people to lap me :'-( but he was one of the 11 people to run a PB today, his Tewkesbury record standing for nearly two years.  So a Huge well done to him and Matthew SHARROCK, Chris DUCKWORTH, John ANGOOD, Wendy HOLMES, K GIBSON, John GOODCHILD, Edward ROOKE, Steve WALLBRIDGE, Andrew EDWARDS & Derek BROWN who also saw NEW PB on their text and e-mail.

My parkrun tourism doesn't end at the run but continues with a post parkrun café visit, almost as much a part of parkrun as the run itself.  Here you can chat to other runners, meet and thank the team and even peek at the behind the scenes parts – token sorting and results processing.  Only a select band went back to the rugby club today but I must recommend this to all of you to become part of your parkrun routine.  The coffee was good value (and so was the J20!) even the flapjack was reasonable.

As with parkruns around the world Tewkesbury needs people to help each week to make it happen, there are lots of other roles so if you fancy giving scanning a go, being the time keeper, marshalling and encouraging others or are happy to help out in any role please send an e-mail - tewkesburyhelpers@parkrun.com You might even fancy writing a run report or taking some pictures of the runners.  All the roles are very rewarding and it is fun being part of the team.  It also helps you work towards the new icon that hit the results page at the start of the month...  a V25 icon!

My family and I had a lovely time visiting Tewkesbury this morning so thank you everyone for making us feel welcome.

Well done to all our brilliant runners today, your arrival every week makes us proud.. Congratulations to our birthday girl Lauren who achieved a new PB!! Well done to Janice you are amazing!! Hello to our newbie hopefully we will see you again and a big shout out to our tourists! Massive hi 5 to all that volunteered today, Mr Cowley head time keeper you are amazing, dedicated and fabulous for changing your plans to help today, Jean head Marshall you are amazing for joining us every week, A big thank you again to all the volunteers you are what makes parkrun happen. Good luck tomorrow to Nick who's doing Tewkesbury tri and good luck to Carole who's running Leeds 1/2 marathon..