Saturday 21st August saw Crawley Run Crew turn out at Tilgate parkrun in numbers to support the Zero-5k Crew who were doing their first 5k run following a 12-week programme.

Starting in June, the group have spent the last 12 weeks in Tilgate Park being supported by Crawley Run Crew coaches and leaders. The volunteer leaders ran sessions on two weeknight evenings, starting with walk/run intervals and progressing to steady run sessions that included hills and running based games and activities. A third session was prescribed for runners to do in their own time, leading to a life changing habit of running 3 times a week.

Whilst nerves were rife on graduation day, matched with a Crawley Run Crew member as their run buddy, all members of the group completed the 5k route.

The group will now join the main club sessions, most of which are for all-abilities. We look forward to seeing them at sessions as well as future parkrun events. 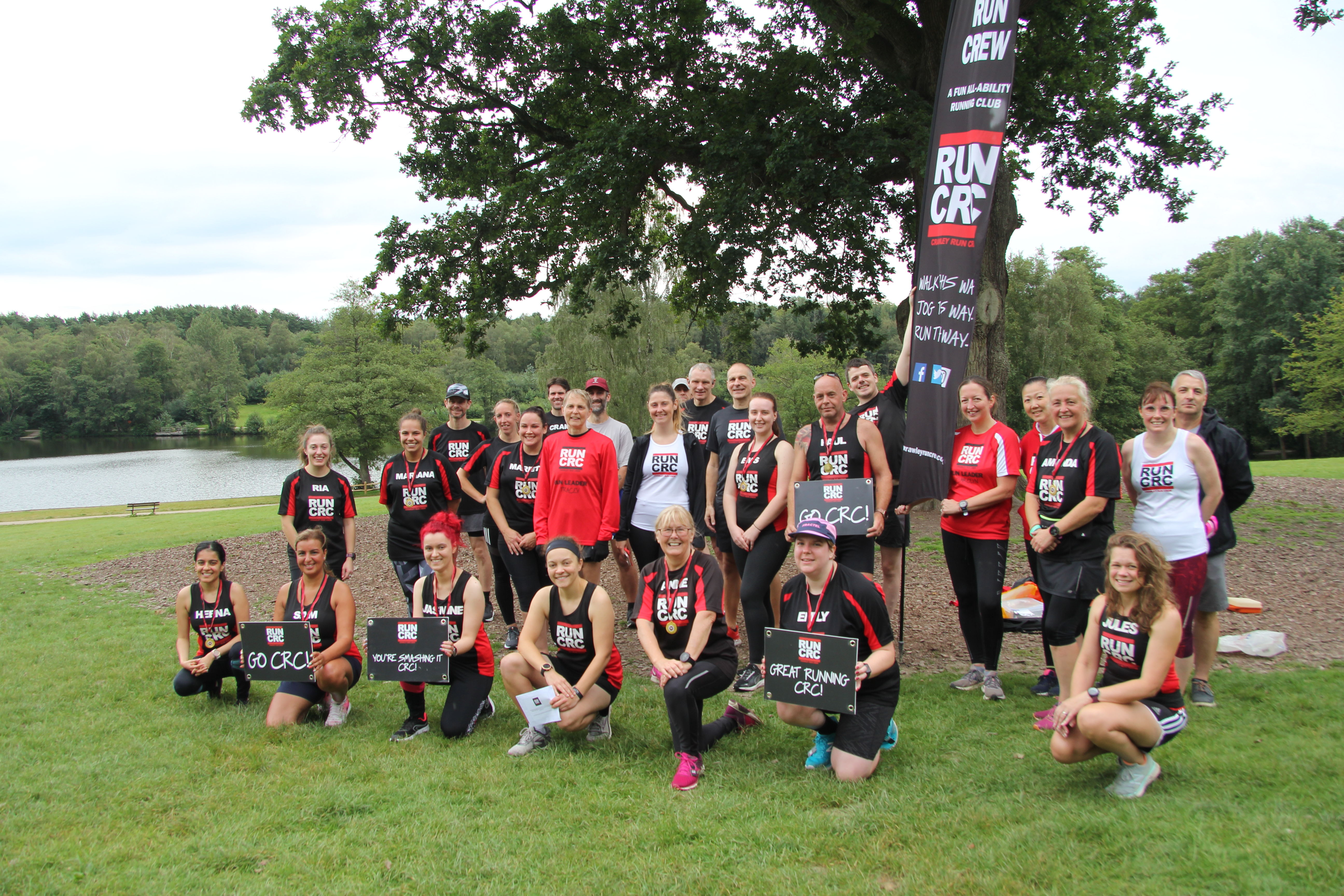 Sign up to the Zero-5k programme includes club membership for the membership year in which the programme runs as well as club kit.

Crawley Run Crew would like to thank Tilgate parkrun for always welcoming our runners, old and new and for supporting our graduation events.