A lovely morning to gather near the famous castle of Tonbridge for their 362th parkrun. To my surprise I even met the regional ambassador in real life, where we had only tried to communicate via zoom calls so far.

This event was a very special one. For me, at least. I’ve been a parkrunner for a good 9 years now; the bug really bit six years ago. In that time my brother developed from a football player to a Serious Runner. However it took until this weekend for him (and his spouse) to try and stop my nagging by finally running a parkrun. Life goals! Better still – they actually liked it. No wonder because Tonbridge is a cheerful event.

I’m an avid tourist and was pleased to see that one of the first people we met was a gent who tried to portray a cute little cow toy in the best light while balancing it on the parkrun name sign. He’d done about 50 different venues and I imagine he has a lot of travel ahead of him...  Remember, your barcode gives access to any parkrun in the world!

Would you like to be part of the team or just help out on a day you don’t feel like running? Do drop a line at tonbridge@parkrun.com. The tasks are easy and diverse, and you’ll be welcomed with open arms.

At the briefing we heard that currently there’s a special appeal to get more far-away marshals, since that’s a task that cannot fall on the underage DofE volunteers.

On this sunny morning 454 participants were sent around the lonely cone and then the lake. Of the 436 who brought their barcode, some great efforts were registered in the results: Sandy FARALL achieved an impressive 80.51% age grade followed by Ali FARALL at 80.16%. Highest scoring male was Adrian MARSHALL with 80.03%.

No less than 70 people achieved a new personal best for this course.

Of the 33 participants who ran this course for the first time, a beautiful 16 did their first ever parkrun. Woohoo! Long may you enjoy doing many more (but be careful – parkrun is quite addictive). Ten people did just that and came for their second parkrun. Well done.

Ray PRICE, Amelia ROSS and Zak WINFIELD celebrated their 25th parkrun finish. That’s a purple shirt. Mandy LOCK finished her 50th parkrun. She may soon be seen in a red shirt. Richard BARRY did his 100th parkrun and earned the right to run in a black shirt. Nicholas HESLOP finished his 250th parkrun! For the next five years (until he reaches the blue of 500) he may be seen in a green shirt. Congratulations to all.
This is about the only reason I regret being a slow participant... I haven’t seen any cake.

If you’re a travelling parkrunner like me, or if you are checking this page to see if you should try out this parkrun thing (like my brother), you’ll want to know this: underfoot is a mixture of tarmac, gravel forest tracks and grass, so your choice of suitable running shoes depends on the weather; on a dry day you can get away with road shoes, most other days you’re better off with trail shoes. The route is flat including the many bridges, except for the first/last one.

This is one of the bigger parkruns with normally 400-500 participants. Never did it feel crowded to me though. Other park users are dog walkers, cyclists and fishers; I found them all quite accommodating. Ablutions and coffee are found at the swimming pool nearby.

Do give this parkrun a go! 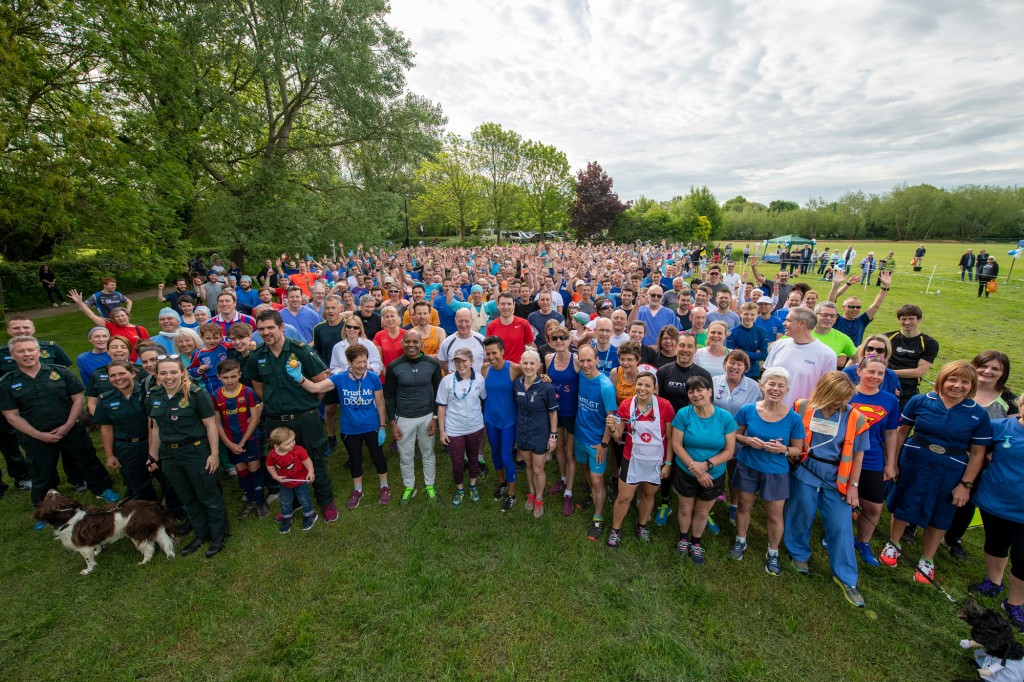 Well what do you know, we are cancelled this weekend!

The course has dried up, the daffodils are out and the weather feels as though it has now turned, dare I say it it feels like spring??

But of course we are faced with another challenge, another obstacle, with this one is far more serious than we have faced to date. Whilst this challenge is clearly a danger and should be respected we must try, if we can, not to be scared or overwhelmed by it. As any sports psychologists will say 'don't worry about the things you cannot control, instead focus your efforts on the things that you can'

parkrun HQ took the decision on Tuesday evening to suspend globally all parkrun events for the foreseeable future, not an easy decision, but the right one for everyone's health, not just the parkrun community.

We as a local parkrun community can do our bit to, something that we can control. It might be tempting to think to go down to the park on Saturday morning and run an 'unofficial' parkrun or arrange to meet-up with a few friends and run the course together, but please please don't. It is not the right thing to do, you are putting yourself at risk but more importantly you are putting others at risk.

We are not saying don't run, far from it but just don't do it at 9am on Saturday on the parkrun course and try not to do within a group. Run a different route or at a different time.

The parkrun community both nationally and locally is large and it's influence within the wider community is far reaching and so we have a responsibility to look after it and do the right thing, it is something we can control so please help us to do so.

Tweet
For the last week we have everything crossed that the park and lake will dry out in time for this weekend. The good news is that with the absence of any heavy rain over the last week park is drying out nicely, the bad news is that there is a stretch of the path around the lake that is still under water. 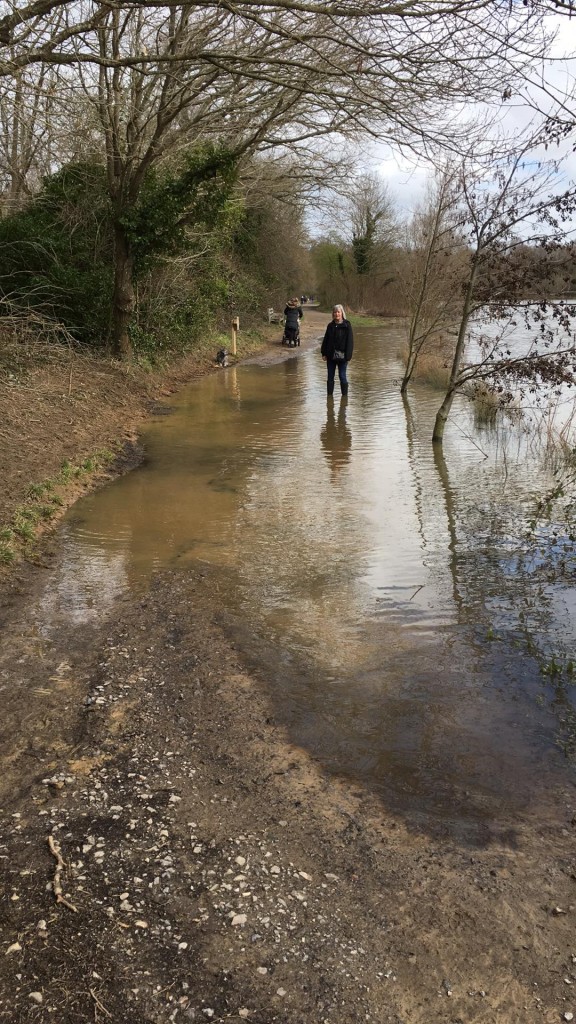 With it impossible to determine edge of the path and lake beyond and an uneven path we have had to cancel this weeks run on safety grounds. This is obviously disappointing especially given that it is likely that by Sunday morning the lake will have drained enough to pass safely and keep dry feet!!!
Fingers crossed this will be the last time we will need to cancel due to flooding this year, the park is drying out and the weather is getting better. We can hopefully be getting back to some kind of normality very soon.
Tweet

Following the heavy rain on Thursday and further flooding overnight we are unfortunately going to have to cancel tomorrow's parkrun. 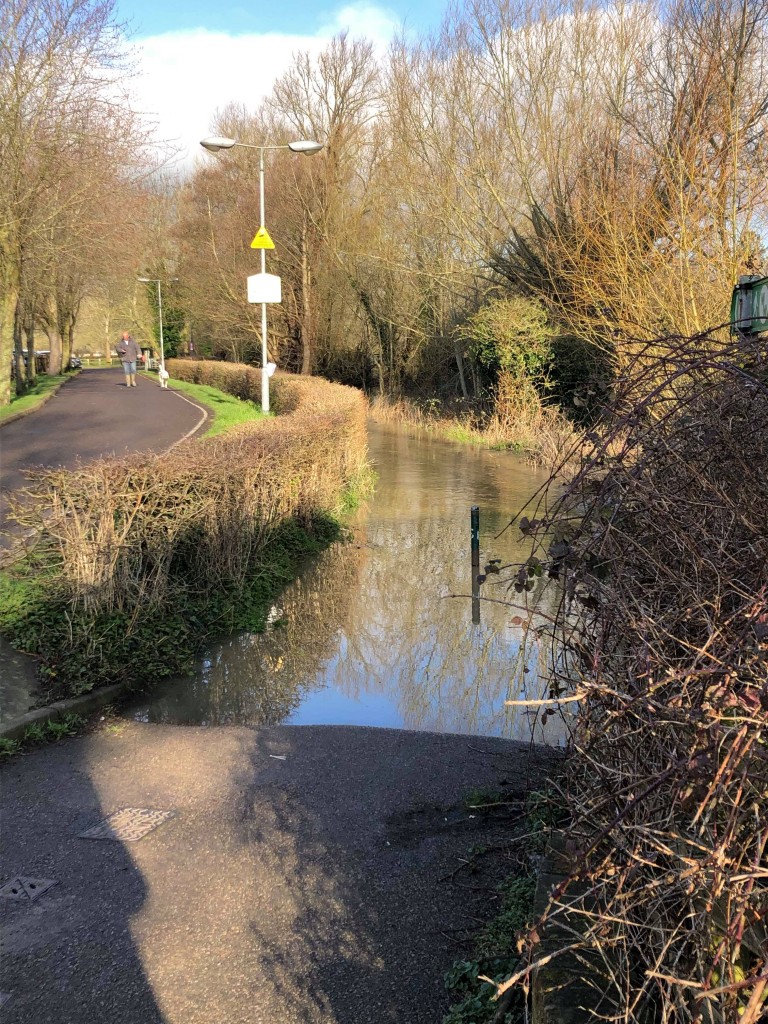 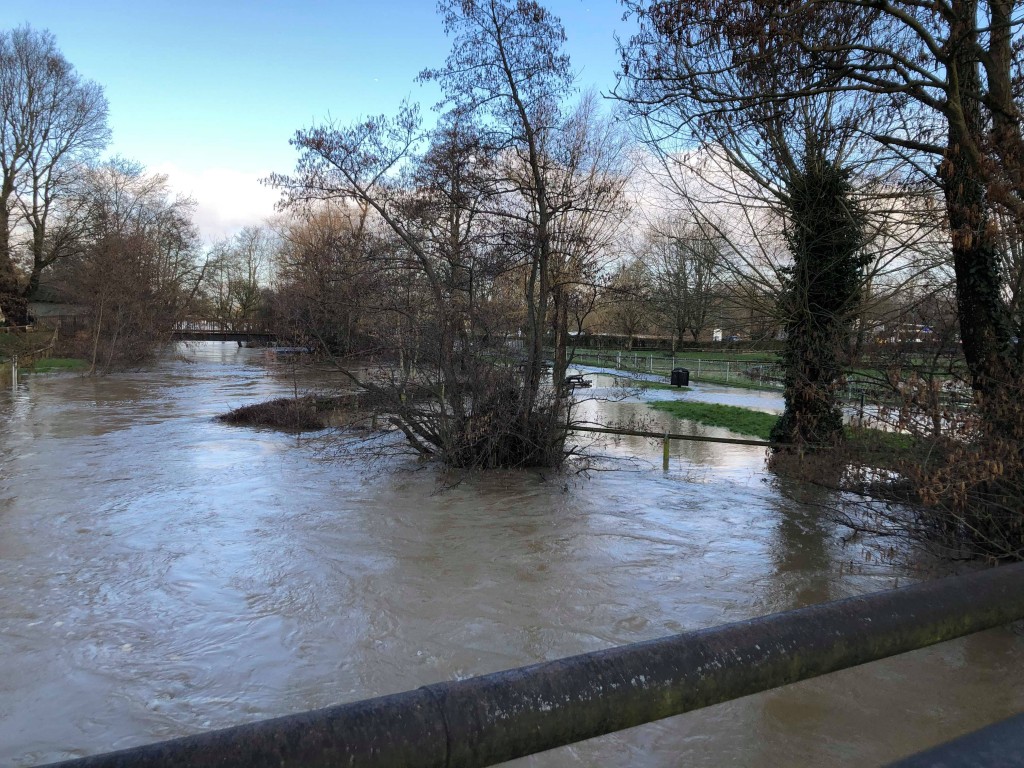 Perhaps not surprisingly we have had to cancel this weeks parkrun.

We did a recce walk this afternoon and whilst the majority of the course is safe to run there are 3 stretches on the return leg of the lake that are covered in water. The water in these areas is not only quite deep but also affords no definition between the edge of the path and the lake. With no alternative route possible and on safety grounds we have therefore taken to cancel this weekends parkrun.

We are hopeful that the lake will have an opportunity to drain over the next week and with agreement from TMBC we will be back on the 29th February, of course we will let you know as soon as possible.

Enjoy your touring this weekend and hopefully see you next.