By Rob Woodward
Photos by Holly 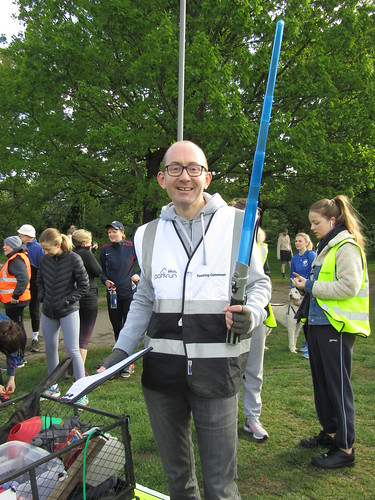 A long time ago in a galaxy far, far away parkrun was created. Actually that isn’t true, it was in October 2004 and Bushy Park is only 16 kms from Tooting Common: much shorter than the Kessel Run and therefore a very quick journey for the Millennium Falcon (certainly fewer than 12 parsecs).

Anyway to celebrate the fact it was Star Wars Day (May the Fourth be with you), Jedi decided to Leia few references into this report for readers to chew(bacca) over. 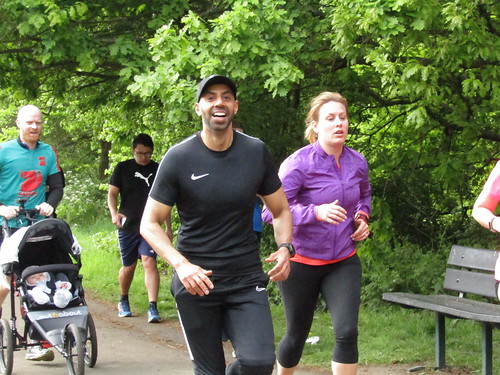 While the weather was not particularly warm, it wasn’t as cold as Hoth, there were a few Reys of sun, it wasn’t as misty as Dagobah and while Tooting Common has plenty of trees, it's no Ewok Village. In fact ideal conditions all round for a run.

There were 737 runners, joggers and (sky)walkers taking on the Tooting Triangle. 106 of these were making their Tooting debut while 52 padawans were making their parkrun debut. An alliance of 41 clubs were represented while the force was strong within 157 who recorded new PBs. 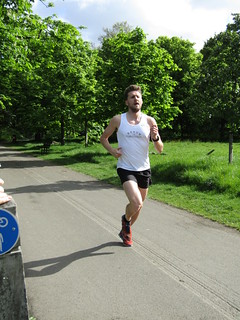 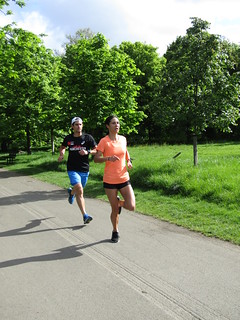 First to Lando into the metaphorical hutt was Joshua Pewter who Obi-Wan in a time of 16:48 (a new PB too). In R2D2nd place was Helena Corbin who Alderaan the course in 18:03 (also a PB) while Aaron Wilson was C3(PO)rd in 18:11. It is also worth noting that the actual second person into the funnel’s tractor beam was unknown so a good reminder to not BobaFett (forget) your barcode. 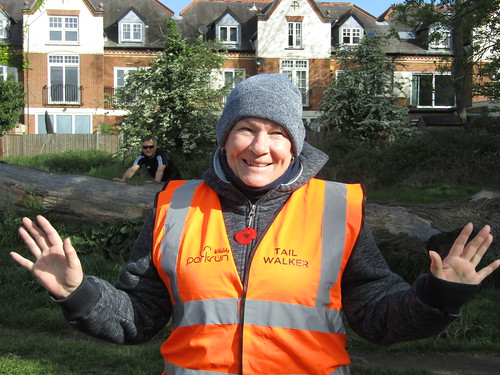 Milestones for those whose run today was not a Solo event were the new 100 clubbers Catherine Law, Alessandra McConville and Maxine Brown, the new 50 clubbers Suzi Norsworthy, Lorin McAuley and James Phillips, and the new junior 10 clubbers Alexandra Gray and Thomas Valverde Kosinski. Storming efforts everyone. 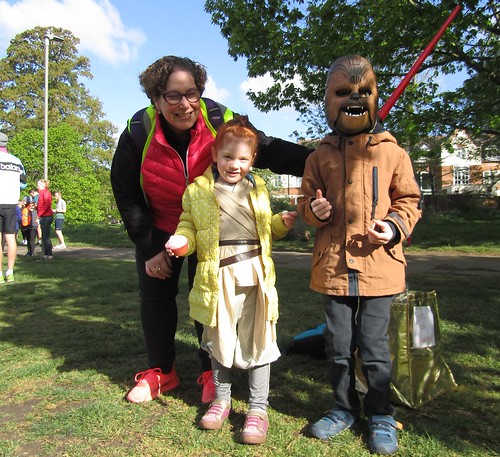 Of course parkrun only exists because of the work of the volunteers so big thanks to this week’s stars:

If you would like to volunteer, please contact tootingcommon@parkrun.com or come and see us in the post-run gathering at the Cantina (the café on the Common). We know Yoda a good job.

May parkrun be with you, always. 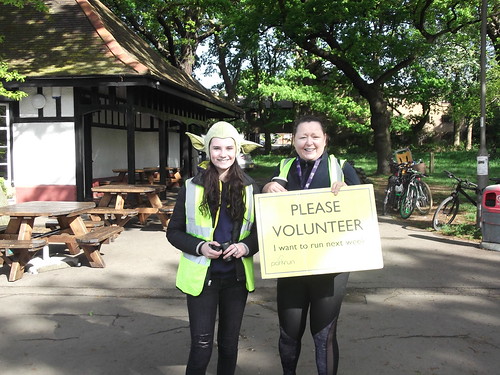